In light of John Key's appointment to ANZ NZ's board, Gareth Vaughan outlines why he doesn't believe politicians should be on big company boards, but can see Key's appeal to ANZ's masters

In light of John Key's appointment to ANZ NZ's board, Gareth Vaughan outlines why he doesn't believe politicians should be on big company boards, but can see Key's appeal to ANZ's masters 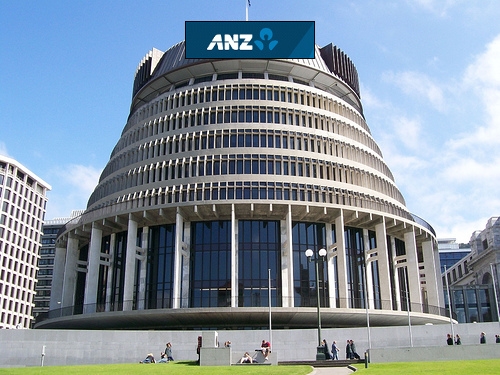 I've never been a fan of politicians joining the boards of major corporates.

And the appointment of ex-Prime Minister John Key as an ANZ New Zealand independent director as of yesterday, with him to step up to become chairman in January, does nothing to change my mind.

It has got nothing to do with whether Key's qualified for, or is likely to be competent in, the role. On those issues he ticks both boxes, albeit he's set for a very speedy journey into the chairman's seat.

Rather it's that, by their nature, politicians are divisive. Some people vote for them and some people would sooner cut an arm off than do so. And even though Key won three elections and his personal popularity ratings placed him among our most popular prime ministers, there are still plenty of New Zealanders who don't like him or what he stood for as a politician.

ANZ, as the country's biggest bank, undoubtedly counts many people from both groups among its customers. As the bank boasts on its website; "In one way or another, ANZ New Zealand touches the lives of almost every New Zealander. Nearly one in two New Zealanders have a banking relationship with one of our brands. ANZ finances over 30% of all home loans in New Zealand, [and] ANZ accounts for around 1% of New Zealand's Gross Domestic Product."

That's an awful lot of customers. Many of them will be Key fans and National Party voters. But many will be neither. From a customer's perspective, wouldn't it be better to have a chairman who is less divisive?

Ideally a chairman of one of the country's biggest and most important companies ought to be a unifying, universally respected figure. Very, very few politicians, including Key, are this.

That said, the role chairing one of New Zealand's Australian owned banks isn't a particularly public one. None are publicly listed companies in their own right. Thus Key doesn't need to front up to hundreds of shareholders at an annual meeting. Nor is his pay likely to be publicly disclosed, and nor is he likely to give many, if any, media interviews in his role as ANZ NZ chairman. That task falls to ANZ NZ's long serving CEO David Hisco, who is said to have a good rapport with Key.

Thus the role a chairman of one of NZ's Aussie owned banks plays is more of a behind the scenes one, wielding influence and utilising connections for his bank's benefit out of the public eye. Key is obviously well placed to do that, albeit the National Party's removal from the treasury benches means he may be of less value than he could have been. Bringing the prestige of a former PM, Key will undoubtedly be well received if he tags along with ANZ customers on a door opening trip to say, China or India.

Thus in chairing ANZ NZ Key is, perhaps ironically, not going to be required to sell the bank to the NZ public. Rather, his skills and contacts in the corridors of power and commercial community out of the public eye, and overseas, will be of most value to his masters in Melbourne.

Gareth will recall that:

ANZ exposure.
He notes a NZ$45 million ANZ loan facility held by the Hubbard controlled SCF parent Southbury Corporation.
"There is a suggestion that SCF are indirectly funding this commitment," Hemphill says. "Assume failure of SCF will have a domino impact on ANZ facility."
An ANZ spokeswoman declined to comment.

And lo and behold, SCF creditors got made-whole by the John Key led Government, much against what was applicable at the time, and to the 'surprise' of many.
As is captioned above, "politicians should (not) be on big company boards" if for no other reason than to avoid possible suspicion.

How quickly we forget

I suspect that the Australian banks could come under very significant pressure in a future NZ with falling loan equities, possible demands for significant rises in bank equity ratios and even the prospect of bank failures. It makes a lot of sense for the ANZ to have Key to negotiate as best as possible with the government to deal with these problems. If these fears were to materialise, it would be very unfortunate, but there would be a certain poetic justice that Key would be left trying to wear and clean up some of the consequences of the ponzie economy that he ran for 9 years.

Yes, he could find solace for ANZ employing the same old ambulance at the bottom of the cliff Solid Energy solvency resolution technique - socialise the costs.

Surely if a bank has gone broke, then there is nothing left of shareholder equity to soften the blow to victims, or am I missing something here?

The Australian banks make a combined annual profit of 4-5 billion dollars which goes to Australia. If we could carefully engineer an OBR event that results in Aussie banks losing their equity and control (and ownership through some recapitalisation). Ownership then passing to the NZ Government, then that 4 -5 billion would stay in NZ.

I feel that your comment would be more compelling if you spelled "losing" correctly. It is a common error and I even saw it appear in a Microsoft error message once. Not trying to score cheap points, just friendly advice.

Fron $32.91 to $34.50 in a week,somebody is loving this.
If customers don't like it,they have a choice along with most other things in life.
Me i will retain an acc there as well as one at ASB and Heartland. Most banks are very similar in what they offer.

Great to see stronger moderation on this site. Can you please review the standards for use of the correct name and title being used when commenting on a public figure? I’m happy to start reporting such comments. I’ll start with the one below.

Will Bill English get a similar role elsewhere soon ?

Be nice on the way up because you might bump into Winston on the way back down ChairMINON Chon Kee!

An ironic comment given what I reported is something you’d hear in a schoolyard.

Not at all.
I was referring to the pathetic tattletale nature of your comment.

I'll start calling you Colin Craig if you get offended by satire so easily.

Nymad, how come you didn't defend DGZ and me when people were tattletaling on us?

Good point. I will next time, DGZ.

FYI; I'm not really defending the OP's point.
I'm taking exception to Expat's pathetic persecution of a rather benign comment. In the past, many of the comments you have been reported for, have been more substantial.

I stand with you nymad on being anti tattletailing and thanks for describing my comments as substantial :)

DGZ is closed for business until after the next election in 2020. Good bye everyone and see you in 3 years time.

All the best DGZ.

What are you going to do? Read the womens weekly?

Probably just can't bear the thought of reading another PocketAces's, gordon or O4 normal comment. There must be more worthwhile uses one can devote one's time to. I really must start working on my projects as time is running out rapidly.

I find original satire quite amusing, however word plays on Key’s name have been done ad nauseum for years so are anything but original e.g. I remember that they were flavour of the month when the Right started posting rumours of Left politician’s nocturnal car park activities so they must be at least three years old.

My comment Ex Cited is more on his nature than his name!
Thanks for the laugh, given your made up name didn't even make it into the article!

I think it's unseemly, unstatesmanly and wholly undignified for someone who held such a high ranking position of dignity, office and responsibility to then take on a corporate or banking job. (not that John Key ever brought much dignity to the role anyway with his pony tail pulling and pretending to be everyone's mate)

I utterly cringed when I saw this, and i'm quite sure that much of the world would have done also if their attention has been drawn to it in their media, possibly excluding the USA.

A respectable and honourable job for an ex-high profile politician is to work for a NGO, to go into public speaking, to be an honorary lecturer...to take on a position of civic honour and duty. I was really ashamed for New Zealand that John Key did this. It really undermines NZ's reputation for lack of corruption.

And i utterly cringed when i read about Ms Arderns position with the young socialists,and now she is PM.

Of course this 2008 appointment was completely above board :/

Steven "Steve" Maharey CNZM (born 3 February 1953) is a former Member of Parliament for Palmerston North in New Zealand, as a member of the Labour Party. In the fifth Labour Government, he held various ministerial roles including Minister of Education and Minister of Social Developing and Employment, before standing down before the 2008 general election to become the Vice-Chancellor at Massey University.

Banks are free to employ anyone they want. If you are a customer or are looking at becoming a customer you look at who is in charge, look at their past experience, performance and judgement. Think about whether that is appropriate for the role and the current environment and make up your own mind whether you bank with that bank.