Ewen McCann discusses a new approach to taxation - allowing tax avoidance practices to continue but taxing the pecuniary gains that they generate
21st Apr 18, 10:00am by Guest 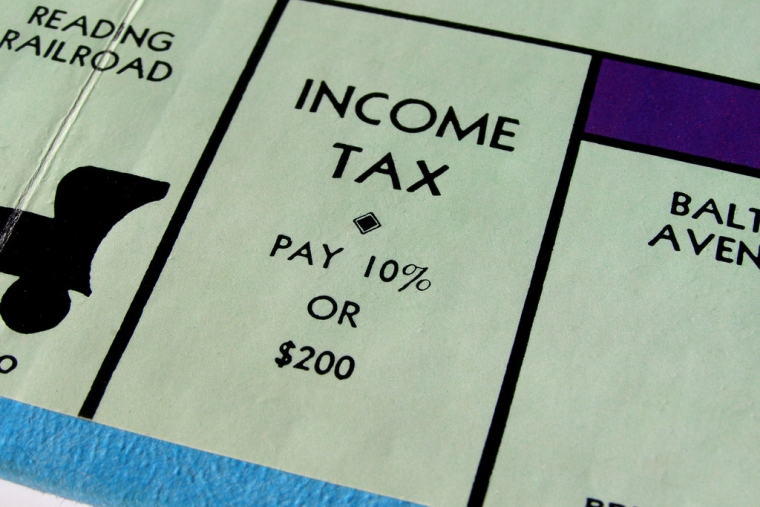 There have been no new taxes since GST so patterns of tax enforcement, tax evasion and tax avoidance are fairly settled. A new tax is now required to jolt the economy out of its deeply worn tax groove.

The settled tax system and ingrained tax practices contribute to the maldistribution of income and wealth. Among those tax practices are tax planning arrangements promoted by tax consultants to avoid or evade business income tax. These schemes erode the tax base, promote tax litigation, which is hard for the IRD and the tax payer alike to win, and further skew the distribution of income and wealth.

The extant approach to tax loopholes generates additional expensive litigation and additional, more devious, tax avoidance schemes. When a loophole is closed, the tax labyrinth extends, to the satisfaction of tax professionals in the private and public sectors.

This approach of the IRD involves a philosophical mismatch between legal thinking and commercial practice. It applies a legal remedy to a commercial problem. The problem and its remedy do not dovetail. The philosophical misalignment is the reason why tax planners can continue devising their tax schemes and why the IRD is unable to repress their activities.

A different philosophy of taxation is required.

Allow the shady, but tax the gains

The suggestion to be made allows the shady tax avoidance practices to continue but it taxes the pecuniary gains that they generate.

The approach adopts a commercial fix for the commercial problem of tax avoidance/evasion schemes.

The incentive structure of the proposal is such as to encourage the parties to pay the new tax.

Without those incentives tax confederations of companies would continue the avoidance/evasion that exists at present. These incentives ensure that there is no mismatch in the approaches of the parties, the taxpayers and the IRD, to the great tax game. The philosophies of the tax payer and the tax collector are aligned by the proposal.

Tax planning schemes often involve a number of interlinked corporations whose linkages are complex in the extreme. The shares of the members of a tax confederation are hard for outsiders to value. However, the contribution a confederate member makes to the tax savings of the group is the minimum value of its shares.

Pay tax on the value of shares

The proposal is that the shareholders of a confederation member would declare a value of the shares that they own and pay an annual tax on the declared value.

Take the easy case where a member company of the tax confederation is sold. The proposal then is that the buyer takes the selling price of the shares and for each year past subtracts the declared value for that year. The buyer is to pay a tax on each of the positive differences. That is to say any under-declaration, which would be the tax evasion, is taxed.

The reduction in the future selling price of the shares is the incentive the owner has to annually declare their market value. Tax auditors would scrutinise owners’ valuations. Companies with low valuations serve little social purpose and would be compulsorily liquidated at little or no social cost. This would strike tax confederations.

Compound interest would be levied upon the buyer, on each year’s tax underpayment.

Actually, this interest charge would also fall on the seller by way of a further reduction in the buyer’s offer price. The interest makes good the delay in the government’s receipt of tax revenue. It also captures commercial benefits otherwise accruing to the tax evader who was undervaluing the shares.

The seller has been evading tax by undervaluing the shares in the company member of the tax avoidance scheme. The tax dodging has caught up with the sellers.

The new tax suggested here is applied to businesses though the method applies more generally to wealth and capital gains taxes. An advantage of it is that it applies to hard to value assets.

The new tax philosophy has allowed a dodgy tax planning scheme to continue. A loophole, that perhaps the IRD could not close or perhaps did not know of remains. Instead, the commercial benefits from the exploited loophole or scheme flow into share valuations and so are taxed. A commercial fix has been applied to a commercial problem. The philosophies of tax payer and tax collector match.

Tax Notes International has a discussion of the new philosophy of tax, and an application of it, in the April 16, 2018 issue.

Ewen McCann was formerly Head of the Department of Economics, University of Canterbury and latterly Principal Economist at the Inland Revenue Department.

Would that mean that if the company is never sold the tax is never paid? Why not simply load the company up with debt immediately prior to selling so as to reduce the value of the shares as at time of sale?

I reckon the only way to be rid of tax planning is to make taxation fair. If all corporate, trust and personal income was taxed at the same flat rate tax planning would be significantly less attractive. Multinational profit shifting would still occur unless the cost of administering the tax planning scheme was higher than the difference between the local and foreign tax rates, but the proposal in the article does not deal with that either.

Has any one considered funding a government solely on consumption taxes? That way those who consume more pay more tax. GST is near impossible to tax plan out of due to the shear simplicity and fairness of the tax.

That is grossly unfair as those who have limited income end up paying a greater proportion of income in tax. If you are going to move away from income tax, the only fair one is a financial transactions tax. It would be an almost minute % rate but would cover every cent every time it moved in or out of a bank. It's time is almost here as we move away from cash.

Would also solve the issue of profit shifting multinationals.

Wouldn’t the portion of income paid as tax by someone who earns $100 be exactly the same as the portion paid by someone who earns $200 whwn that 100 or 200 is spent. If the money isn’t spent but is instead invested then the tax is simply differed, at some point you will spend the money from the investment and pay GST or the investment itself is a tax on your ability to spend.

The Col government would like this idea, everytime they run out of money the would just alter the %