After reading the Budget, the RBNZ expects the effects of government spending on GDP will be ‘lower and later’ than anticipated, a different take to the Treasury’s forecast – Jason Walls asks why

After reading the Budget, the RBNZ expects the effects of government spending on GDP will be ‘lower and later’ than anticipated, a different take to the Treasury’s forecast – Jason Walls asks why 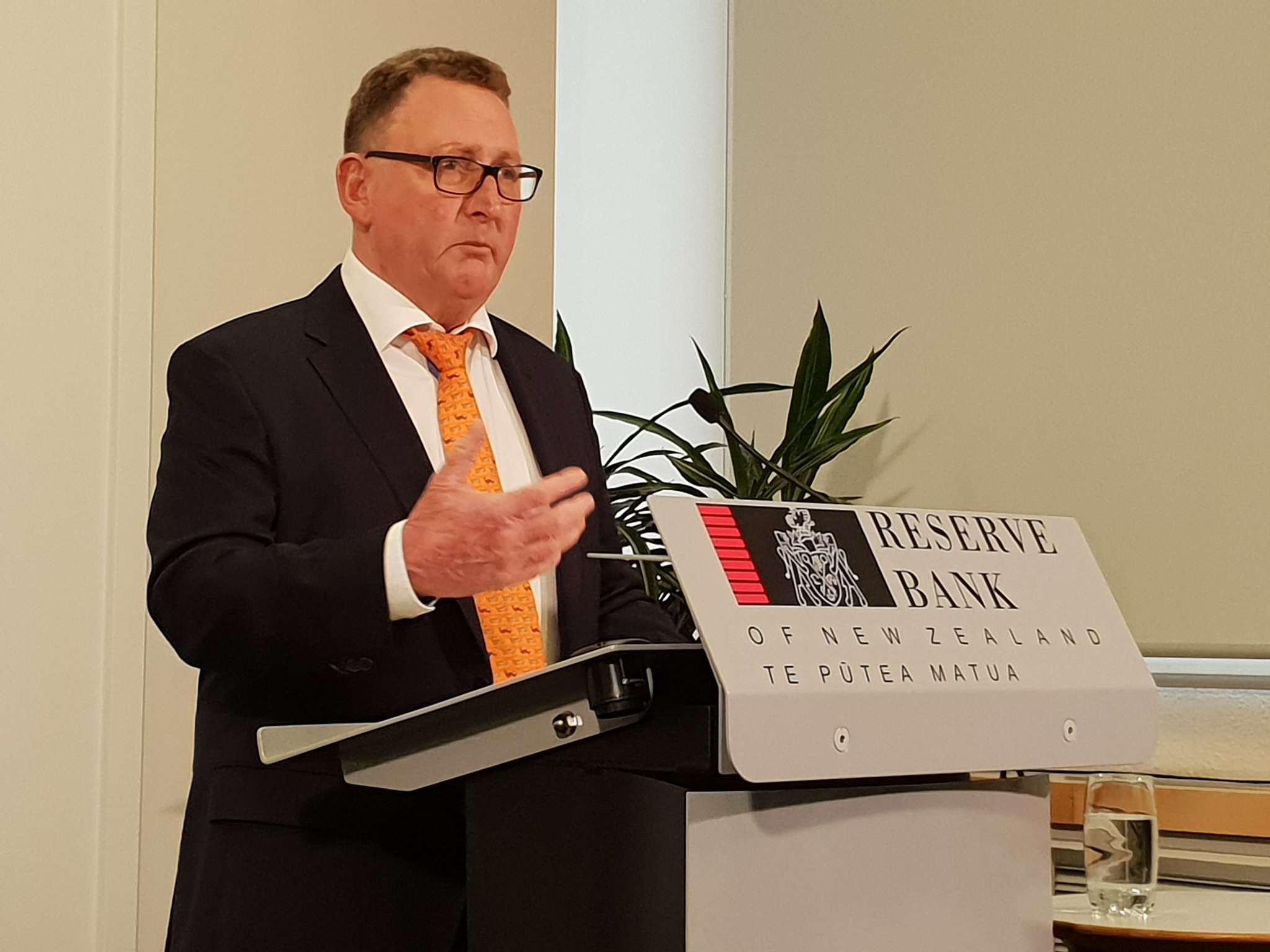 It was only a small part of the Reserve Bank’s Official Cash Rate (OCR) review statement on Thursday but it was enough to put the Central Bank at odds with the Treasury.

“The Government’s projected spending impulse is slightly lower and later than anticipated,” Governor Adrian Orr said in the statement.

This is economist-speak for “we think the impact of Government spending in the Budget is going to have less of an effect on Gross Domestic Product (GDP) growth than we thought a few months ago.”

This is a curious revelation from the Central Bank, as in its May Monetary Policy Statement (MPS) it was striking a much more optimistic tone.

“In addition to KiwiBuild, other fiscal policies are expected to provide a near-term boost to GDP. Higher Government spending and increased transfers and allowances are both expected to support demand in 2018 and 2019.”

Budget documents show the Government is delivering a net $2.4 billion of extra spending.

What make Orr’s comments even more curious is his fiscal stimulus position is now at odds with Treasury’s.

In the Half-Yearly Economic and Fiscal Update (HYEFU) the Treasury’s fiscal impulse – the measure of how much it expects Government spending to impact the economy – shows in the year to June 2020, 2021 and 2022 the overall impact of the Government’s programmes would have a net negative impact on GDP.

But in May’s Budget, Treasury’s updated position was much more positive.

To put it simply, the Treasury saw something in the numbers that made officials think the impact of the Budget would be more positive for GDP growth than was the case in HYEFU.

Why then, has the Reserve Bank taken the opposite position? What has changed in its assessments?

A pity. But digging into the 2018 Budget document reveals some clues about what might have shifted the Reserve Bank’s thinking.

The first place to start is with KiwiBuild.

December’s Mini-Budget showed $100 million was being injected into the project this year, with $900 million next year and a further $100 million in 2020.

In May’s Budget, Treasury said it was making a few changes with the timing of that spending.

Westpac Chief Economist Dominick Stephens notes this could very well be a factor behind the Reserve Bank’s shift in thinking.

“Presumably, the Reserve Bank views the KiwiBuild delay as more important than the ramp up in Government spending.”

But that’s not all – the Provincial Growth Fund may also play a part in Orr’s thinking too.

The Government promised it would spend $1 billion a year for three years on regional development through the fund.

The remaining roughly $330 has been allocated to later years.

Between the Government’s capital reallocation for both KiwiBuild and the Provincial Growth Fund, a case can be made as to why the Reserve Bank has become slightly more pessimistic.

However, a lot remains uncertain. But in 39 days, the Reserve Bank will unveil its August MPS and Orr will hold a press conference.

Can you guess what my first question is going to be?

more likely we will see an initial drop and then a huge blowout as they finally work out how to actually do some things!

It's a huge undertaking to rebuild the massive under spend over 9 years. ..

If they went ahead and spent on in a jiffy, you'll would have still cried foul

Its really a case of the COL Overpromising and under delivering. It is not the last nine years they are trying to fix its the last 40 years. Who is going to pay even they will run out of ways to increase the tax take from middle NZ.

Teehee. I do hope they have a way to realistically adjust these spending figures to account for the opportunity cost and the wastage. Ah, the wastage. What here in New Zealand? We don't even waste an apple peel. Governments are not exactly renowned for spending well, otherwise we might donate more to them, voluntarily.

A mate of mine was telling me, in all seriousness, that a lot of people see it differently. They think the government will spend more money on them, and someone else will pay for it. We laughed. Then we realised that the public sector unions might well be right.
"Don't cry for me, Argentina", wafted through our thoughts.

Chart of the ARS (the unfortunate symbol for the Argentine peso, talk about irony, or is it karma, or name and form), click on max to see it go down from needing 1 peso to buy a USD in 2000 to needing 28 of them today:
https://finance.yahoo.com/quote/ARS%3DX?p=ARS%3DX

Well, FDR was dead agin public sector union strikes on the not implausible grounds that he thought it "Unthinkable and intolerable" that they should strike against the taxpayer.

The whole letter is worth reading but here's the money shot:

Particularly, I want to emphasize my conviction that militant tactics have no place in the functions of any organization of Government employees. Upon employees in the Federal service rests the obligation to serve the whole people, whose interests and welfare require orderliness and continuity in the conduct of Government activities. This obligation is paramount. Since their own services have to do with the functioning of the Government, a strike of public employees manifests nothing less than an intent on their part to prevent or obstruct the operations of Government until their demands are satisfied. Such action, looking toward the paralysis of Government by those who have sworn to support it, is unthinkable and intolerable. It is, therefore, with a feeling of gratification that I have noted in the constitution of the National Federation of Federal Employees the provision that "under no circumstances shall this Federation engage in or support strikes against the United States Government."

My, how times have changed....

Alternately, FDR may have been deluding himself.... Of course, if I worked for government I would see it differently, too. I would think socialism was wonderful, rather than leading to all sorts of unexpected problems cos the theory is a delusion that just doesn't match reality.

Link to google images for the winter of discontent:
https://www.google.com/search?q=winter+of+discontent+1978+uk&client=fire...

Orr is on the money. Recent government policy and switches in how they will redistribute KB will undoubtedly lead to lower growth, and therefore impact on gdp. The state sector has never been great at using our money efficiently, and effectively. Nothing new there.

The phrase 'good enough for Gubmint work' springs to mind....

She'll be right it's just a KiwiBuild house nobody is going to see that the insulation is missing.

Leaving aside whether money will be spent well, the process of spending money will boost GDP. People here have been accusing Labour of being a bunch of spendthrifts who promised too much and will take us into debt. We’ll which is it? Either they are spending lots of money which will hit GDP or they aren’t. You can’t accuse them of handing out lollies and then claim they are too slow at lolly distribution.

And just to preempt any silly arguments giving money to people without much money who will go out and spend it is a great way to boost GDP.

I suppose that if they were to hand out money in the form of illiquid assets (housing springs to mind) whilst simultaneously reducing the liquidity of existing assets (say with a 5 year bright line tax), they might be able to achieve GDP contraction whilst still spending money.