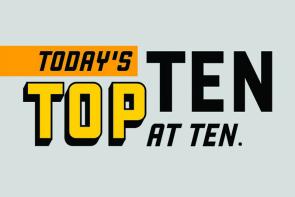 1. Our generational challenge… Just over a week ago the Inter-governmental Panel on Climate Change (IPCC) launched its first report on the target of limiting global temperature rise to 5˚C. This is timely. Extreme weather around the world, when warming has reached at only 1°C, highlights the dangers.

The IPCC report argued that we need urgent action to ensure that global emissions stop rising and start to fall as soon as possible. They highlighted the dangers of water shortages and droughts, heatwaves and fires, sea level rise and heavy precipitation. The difference between the Paris Agreement target of 2˚C and the safer level of 5˚C is illustrated by the threat of losing 80% of coral reefs or losing them all.

2. Political response… The IPCC report provided a backdrop for the Business and Climate Change conference held last week in Auckland. In his keynote speech, Minister for Climate Change, James Shaw, was unable to provide the certainty on future policy settings that many participants wanted, but laid out the steps towards the Zero Carbon Act, Climate Commission, Green Investment Fund and a re-vamped Emissions Trading Scheme.

He explained that an important reason to take time in a thorough consultation process is the opportunity for cross-party consensus. Simon Bridges has written to James Shaw and the Prime Minister offering to work with them to establish an independent, non-political Climate Change Commission. Cross-party agreement on climate change is a major prize and well worth investing time to build.

3. Business response… Leading New Zealand businesses are on the pathway to reducing their emissions significantly. The Climate Leaders Coalition has grown to 70 businesses, accounting for around half of NZ’s greenhouse gas emissions and almost 25% of GDP. The leadership group includes sustainability champions like Air New Zealand, Z Energy, Vector, NZ Post and Ngai Tahu, as well as Fonterra, Westpac and IAG. This builds on other initiatives, notably Pure Advantage, founded by Phillip Mills, Sir Stephen Tindall, Rob Morrison and others.

4. Agricultural response… 91% of the 15,009 responses to the Government’s consultation on the Zero Carbon Act called for a target of net zero emissions across all greenhouse gases by 2050 set in legislation now. Only 5% called for a lower target for agriculture, in the form of stabilisation rather than reductions for short-lived gases, such as methane. The challenges for agriculture are multiplying, with regulatory threats related to water quality and greenhouse gas emissions being joined by the market threats of plant-based proteins, higher standards for overseas retailers and a rise in vegetarian diets.

5. Investment response... A new feature of the conference was a far stronger focus on the role of investment to provide finance for a low emissions future. This reflects initiatives in other countries in preparing finance strategies for low carbon and sustainability, such as the EU’s Action Plan for Sustainable Finance. Support has come from a high level group of major institutional investors. We need a similar initiative here to provide support for the growing private sector investments in low emissions businesses and sustainability.

6. Investors’ response... Members of the public have a crucial role to play, not only as consumers but also through using their money. A Colmar Brunton survey of the New Zealand public, commissioned by Mindful Money and the Responsible Investment Association of Australasia shows that 72% of consumers expect their Kiwisaver or investment fund to be invested responsibly. Responsible investment has gone from being a niche product to the expectation for most investors.

7. Directors’ response… The expectation for companies to act on responsible investment is also being reinforced through codes and legislation. Company directors are obliged to act in the long-term interests of the company with at least minimum standards of competence. Legal opinion in Australia from Noel Hutley QC states that directors who fail to consider the impact of climate risk on their business could be found liable for breaching their duty of care and diligence in the future.

The requirement for disclosure is also likely to be legislated. James Shaw has called for recommendations of the Taskforce for Climate-related Financial Disclosures to be implemented in New Zealand, requiring modelling of physical impacts, transition risks and liability consequences.

8. Reserve Bank response... There is growing recognition that climate impacts and the responses to climate change threaten financial stability, powerfully argued by the Bank of England governor, Mark Carney. He argues for greater transparency about climate risks, especially from banks and insurers. RBNZ governor Adrian Orr identifies short-termism as “the key plague on economic society” and reveals that the RBNZ has embarked on a climate strategy. The RBNZ has a strong vested interest in the long term well-being of New Zealand.

9. Local response... Climate change is global, but the impacts are overwhelmingly local. Faced with severe disruption, cities are taking a lead in responding to climate change, including Auckland’s participation in the C40 Cities initiative. Local Government NZ’s climate change symposium in September revealed the findings of an interim report showing billions of dollars of roading, water and public infrastructure at risk from as little as half a metre of sea level rise.

Other risks include heavy rainfall and flooding, major storms and sea surges, and drought and water shortages. Councils are calling for a Local Government Risk Assessment facility as a basis for building resilience.

10. The opportunity... The Minister for Economic Development David Parker is fond of saying that the economy is a wholly-owned subsidiary of the environment, not the reverse – quoting the economist Herman Daly. Improvements in sustainability, well-being and equality build our natural, social, human and financial capital.

As we gear up for a well-being framework applied to next year’s budget, this BCG article is a helpful reminder that improving well-being doesn’t conflict with economic growth. In fact, it is often a pre-condition for it. It’s catch up time for New Zealand business. Meeting our challenges of climate change and sustainability create new opportunities for our exports, our reputation and our economy, as well as for our people.

"91% of the 15,009 responses to the Government’s consultation on the Zero Carbon Act called for a target of net zero emissions across all greenhouse gases by 2050 set in legislation now."

Certainly they did, but they weren't unique submissions, but cut and paste forms generated by the likes of Greenpeace. Why on earth people's opinions are being canvassed I have no idea, the entire process should be science driven.

God help us just how crazy is this going to become

Colin - could you put that in English, please?

Their forecasts are nothing but hype.
Here examples.

18 spectacularly wrong predictions made around the time of first Earth Day in 1970, expect more this year
http://www.aei.org/publication/18-spectacularly-wrong-predictions-made-a...

Perhaps we should wait around 40 years so we can do the same little 'here is what they said then' article so that we can judge whether it is hype...

Still doesn't alter the fact that what we being told 40 years ago was settled science and that the bad stuff was inevitable.

As for what we are being told now, much of it is indisputably hyperbole. That is why we see stupid computer-generated images of water lapping round the base of the beehive.

But then neither take into account our beef cattle stock, I assume. I'm guessing that has likely risen with the trend toward conversion to dairy?

As a nostalgic aside, I really miss 'the old days' when you were assured of being stopped by a mob of sheep on your way to just about anywhere. And all my rellies back in the US still have their '70 million sheep, 3 million people' t-shirts.

Kate according to http://archive.stats.govt.nz the trend is for a declining beef herd.

Do love that last cartoon.

That photo caption is just snarky comment typical of the anti-business greenies who delight in misery.

The fact is that the current economic system has been hugely successful at addressing extreme poverty globally.

According to the World Bank as quoted by the Guardian (hardly alt-right) "Over the last 25 years, more than a billion people have lifted themselves out of extreme poverty, and the global poverty rate is now lower than it has ever been in recorded history. This is one of the greatest human achievements of our time": https://www.theguardian.com/business/2018/sep/19/world-bank-reports-slow...

Further to the above, we hear constant claptrap about increasing poverty in NZ.

Yet the analysis by Bryan Perry of the MSD (who is the foremost authority on the mater and has been trusted by both Labour and National governments) shows that relative income poverty has not increased in the last 10 years (if anything it has decreased) and material deprivation has definitely lessened.

Yep, you chew into a finite planet and overpopulate. The graph will show a lessening of poverty for a while. Then the UN finds it can't keep the graph going, so it shifts the goal-posts. Some of us study this stuff.

Then we realise that any growth - and a reduction in poverty is a growth in consumption - based on the draw-down of a finite stock, ends badly and rapidly.

mlpc should refer to their plunket book - and wonder why mlpc stopped growing.

The sad problem here is that Climate Change is only one - and not the biggest one - of our pending problems. This is a systems problem, perhaps insurmountable but worth a heave. Time we got into it