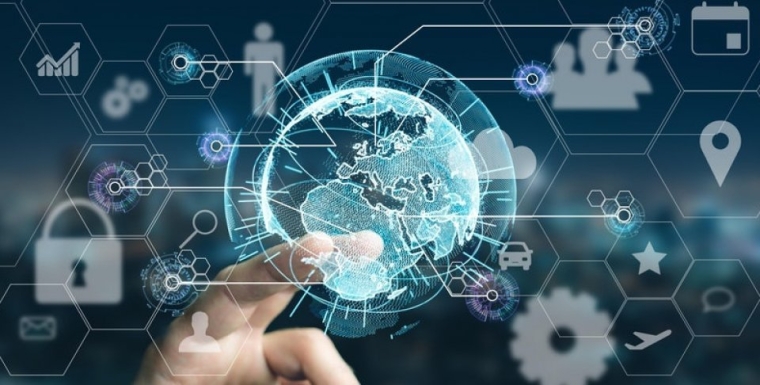 Increased pressure on the New Zealand Government to consider some form of digital tax is likely in the wake of a consultation paper, penned by Australian Prime Minister Scott Morrison in his former role as Treasurer and released earlier this month.

While Morrison has stopped short of recommending a digital tax, the Australian Treasury discussion paper makes a case for its introduction, offering a series of options for bringing digital businesses inside the Australian tax net.

Submissions are due by the end of next month.

This year, an estimated $2.7 billion worth of cross-border digital services were provided into New Zealand, and the amount is growing. The Government cannot ignore the trend, nor the fact that the so-called digital economy is fast becoming the economy.

As Morrison’s discussion paper points out, “The benefits of the digital economy rival those of earlier key innovations like the printing press, electricity, mass production and antibiotics. It is estimated that GDP per person in Australia is close to $5000 higher due to the digital economy.”

And digitisation is at a relatively early stages. While digital innovation has already disrupted some sectors such as retail, media, advertising and transport, asset-intensive industries have been slower to adopt digital technology.

Because of this, Australia’s Treasury is arguing the current tax framework, developed in the 1920s, is no longer fit for purpose when applied to digital businesses. Most can use technology to access markets without necessarily having a physical presence or significant number of employees in those markets. So they are difficult to tax.

New Zealand’s Tax Working Group’s interim report recommended that the Government should be ready to implement a digital ‘equalisation tax’ if a critical mass of other countries (including Australia) move in that direction. The EU Commission and the UK have already announced their support for an equalisation tax on digital services, though recently appeared to be backing away from that position.

The group considered applying a separate tax to certain digital supplies, which would be a rough proxy for taxing a net profit margin from cross-border digital services. An equalisation tax would increase the low amount of tax collected from some digital companies, including the extension of GST in 2016; it would also signal the increasing urgency of the problem, and show New Zealand’s determination to find a solution.

But the group also noted that introducing an equalisation tax would involve risks associated with our international trade obligations, and the potential for retaliation by other countries (resulting in additional foreign taxes on New Zealand’s export sector).

One of the Australian Treasury’s suggestions is that Australia could mirror the European Commission proposal where companies with significant digital revenues pay a 3% tax on gross revenues from digital services where local users play a major role in value creation.

Other countries, including India and Hungary, have already introduced a tax on digital companies' turnover.

New Zealand must be prepared to act.

In part, this is because of international disagreement and outright opposition from the United States, where many of the affected companies are based. The Trump Administration has warned any tax targeting digital companies would be viewed as discriminatory.  Australia is concerned about its steel tax exemption and the prospect of tariff retaliation.

Public concern about multinationals with a significant economic footprint is not new, but digitalisation has raised the issue to a new level.  The new challenges include:

These factors put multinational digital companies in a different position to their domestic competitors, threaten the sustainability of the tax base and reduce public perceptions of fairness.

An OECD tax force is due to deliver a final report on the tax challenges of the digital economy by 2020. An interim report in March 2018 explored several options, including equalisation levies. But the report also acknowledged a lack of consensus on whether the digitalisation of the economy presents a problem for the existing international tax framework. There is also debate on how to respond to any such problem, and a timeframe for action.

Views diverge widely within the OECD. Some countries suggest targeted changes. Others consider the problems are not limited to the digital economy. Some reject user contribution as a significant driver of value creation, and some are generally satisfied with existing international tax rules.

Developing options to change the existing international tax framework will inevitably involve a complex negotiation process and reaching consensus will be difficult.

The OECD has also warned that interim measures could negatively affect investment, innovation and welfare. There would be increased compliance costs and, in some cases, involve double taxation.

When it comes to action, my view is that the best approach for New Zealand is to be a fast follower.

New Zealand should continue to participate in OECD discussions, as a multilateral approach to amending the international tax framework would be the best outcome. But New Zealand must also be ready to implement an equalisation tax if one is adopted other countries, particularly Australia.

The digital economy is already on the Government's tax policy work program. It is reasonable for the Government to ask itself these questions and to look for a solution to what most people acknowledge is a challenge.

In case we need to move fast, I’d like to see the Government consider the design of a potential equalisation tax.

A well-designed digital tax could help reduce the impact on New Zealand companies and consumers. The Government should also minimise, where possible, any future restrictions from double tax agreements and trade agreements.

The most important thing is what comes next. Will any future work be based on a principled approach to a new tax? Or will it become a debate about whether certain companies are paying their fair share, which would not be helpful?

LOL good luck with that.

Matthew Hanley , with respect , should know better that to suggest another tax .

Like it or not ,any tax ALWAYS ends up being paid for by the consumer at the end of the rope .. and that's you and me

And we are running an embarrassingly high budget surplus , so the Government clearly does not need the money .

If anything we should be reducing that tax take from the lowest paid workers and reduce PAYE to around 5% on the first $20,000 of your salary , not proposing a raft of new complex and hard to manage taxes

This way they could stop the accommodation supplement and all manner of stupid money go-rounds in our tax system .

New taxes can be offset by corresponding decreases in other taxes - just like the current tax working group is tasked with.

"reduce PAYE to around 5% on the first $20,000 of your salary" - would be a massive loss of revenue for government - what big ticket item(s) to you think they should cut from spending?

Would it though? Assuming all the $ not handed over in PAYE is spent, then this just passes through other business to be taxed or grabbed as GST. How much would the government really miss out on?

New taxes can be offset by corresponding decreases in other taxes

When does that ever happen?

The recently announced tax breaks for research and development might be one example.

How kind of them to give a small segment of the population an inch while taking a mile from everyone who drives to work.

Absolute bullocks as proven by the fact that everyone knows that only the rich pay the majority of income tax. Hear it all the time.

Of course they need the munny. How else are they going to pay for Debbie's six kids from different fathers and pay her landlord. Don't forget Norman and Linda the retired boomers can't run their ride on mower on nothing because fuel prices are expensive. They've also got thousands of elderly Chinese residents to take care of thanks to Jhong Kie and the kiwi-builders will need their bailouts.

FTT. Replace a whole lot of other taxes, GST especially and put in place a low % all encompassing FTT. Cost of administration - just about zero.

Far, Far too simple, efficient, and fair, - where would lawyers and accountants be with such a tax.