Terry Baucher looks ahead at a big year for taxation, Inland Revenue, and its 'customers'

Terry Baucher looks ahead at a big year for taxation, Inland Revenue, and its 'customers' 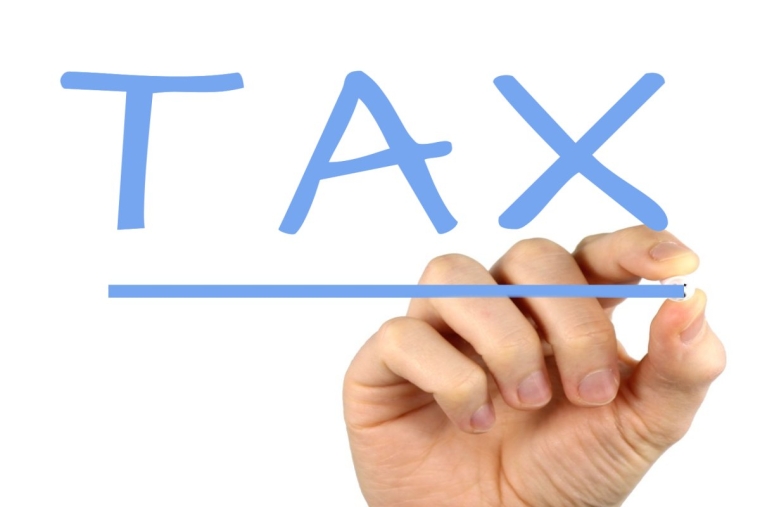 The year ahead in tax will be dominated by this week’s release of the Tax Working Group’s final report.  The TWG is expected to recommend the introduction of a realisation based capital gains tax to close a perceived major gap in New Zealand’s tax system.

The coming debate over CGT will almost certainly drown out the majority of the rest of the TWG’s recommendations, and will dominate public discussions about tax this year.

Release 3 implements changes affecting nearly two million taxpayers on PAYE.  From 1st April Inland Revenue will automatically calculate the tax position for the year ended 31st March 2019 for all employees on PAYE.  Taxpayers will no longer need to apply for a refund either themselves or through one of the tax refund companies.  It’s anticipated an estimated 1.67 million taxpayers will receive a refund - about 720,000 for the first time ever.  A further 263,000 taxpayers are expected to receive tax demands, about 115,000 for the first time.

Unsurprisingly, the spectre of Novopay hangs over Inland Revenue’s Business Transformation programme, so right now Inland Revenue is racing to make sure everything will be ready in April.  However, there are signs it is not wholly on track.

As part of Business Transformation, Inland Revenue prepares monthly reports updating the Minister of Revenue on progress.  The latest available report for November 2018 was prepared on 10th December 2018.

It doesn’t take much reading between the lines for it to become apparent there are concerns about whether Inland Revenue will be ready.  The update reports

An amber status means there are “some” risks to achieving the targeted go live date of 23rd April although Inland Revenue believes it is still on track.  Those risks include testing, managing the transfer of data from the tax refund companies, payday filing and tax agents.

As another report on the Business Transformation prepared by the Minister of Revenue for the Cabinet Government Administration and Expenditure Review Committee observes, the tax refund companies are amongst a number of groups who are “potentially less positive” about the changes.

Other than the tax refund companies, these groups include the more than 5,600 tax agents responsible for 2.7 million taxpayers, financial institutions and over 200,000 employers.  All face significant costs and disruption getting ready for Release 3, particularly in relation to increased reporting requirements.

As I outlined previously Inland Revenue’s relationship with tax agents has been problematic for some time and shows little sign of improving.

Inland Revenue should also be concerned about the slow progress on another key change starting in April payday filing.  Under payday filing all employers are required to file salary and wages information with Inland Revenue on the date of payment rather than monthly as at present.  Long term, payday filing will benefit employees by providing real-time information to ensure they are not under/overpaid during a tax year.  In the short term, however, it represents a significant compliance cost for employers, particularly smaller employers.

At present Inland Revenue’s own online payday filing system could be generously described as “not very user friendly” and other software providers seem to be behind schedule in delivering alternatives. Worryingly, as of 30 November 2018 only 6,500 employers of approximately 207,000 had “indicated” an intention to begin payday filing.  These are probably the largest employers covering the majority of New Zealand’s 2.5 million salary and wage earners.  It still means a significant number of employers may not be ready by 1 April.

One option to help smaller employers and mitigate their costs could be to extend the existing payroll subsidy.  However, this was rejected by Inland Revenue in its report to the Finance and Expenditure Committee on the Taxation (Annual Rates for 2018–19, Modernising Tax Administration, and Remedial Matters) Bill partly because the estimated cost of $8.9 million was unbudgeted.

Imposing additional obligations on employers and simultaneously rejecting a subsidy to help them do so are not reconcilable decisions.  In my view it represents a clear breach of Inland Revenue’s duty under section 6A of the Tax Administration Act to take into consideration “the compliance costs incurred by taxpayers”. This important point is barely acknowledged, let alone discussed in either report.  Maybe it would be useful if MPs on the Finance and Expenditure Committee spent less time grandstanding and more time monitoring Inland Revenue’s performance and obligations.

Release 3 isn’t the only significant change happening in April.  From 1st April residential property investors will lose the ability to offset losses against other income when loss ring-fencing is introduced.  According to Inland Revenue about 40% of all residential property investors report rental losses with an average tax benefit of $2,000 per annum. The measure is expected to raise about $190 million in additional tax.

Looking beyond April, the Budget in May will be the first under Treasury’s new Living Standards Framework. It will be interesting to see whether tax changes are included to help meet the proposed focus on wellbeing and the environment.  Separately, we may also see some measures implementing some of the less controversial recommendations of the TWG.

So, it will be a very busy year ahead in tax. Although for now, all eyes will be on the TWG’s final report, come April Release 3 will affect many more taxpayers than any hypothetical capital gains tax.  Although Inland Revenue expects some teething problems as the changes bed in (it proposes to have additional support or “early life support” for staff and “customers” for some 13 weeks after Release 3), it also expects the initial pain will be replaced by long term benefits. Just don’t talk to tax agents and employers about it.

"The measure is expected to raise about $190 million in additional tax. "
I don't think it does. What it does is reduces tax refunds. The amount of tax raised is the same, but the amount given back is less?

Depends on who is claiming those tax credits. PAYE, then yes, probably ends up as a refund at EOY, Self employed, losses probably get claimed with every filing so the govt never sees it.

The impact of ring fencing rental properties losses on rents will be interesting. Will landlords who have been happy to accumulate a loss of $190m (in effect a subsidy from government to supplement the rent they receive from their existing tenants) be happy to continue to incur these losses? Can they increase their rents to cover the $190m losses they are expected to incur? How long can they sustain making losses specially when prospects for capital gains is gloomy? The future of rental properties in NZ is an interesting one.

Indeed, I think the government will be forced to become landlord in 2020-2021 as there won't be enough private accommodation providers

Could you argue that they already are, or already have been, given that it would appear that they've been propping up the rental market for so now with tax breaks and welfare payments that benefit the landlord and not the tenant?

So you want the govt to buy the houses these private landlords are going to sell? Thats fine, so long as the govt is efficient with my tax dollars and pays rock bottom prices for the junk they are selling. In fact, land value only for most of them, since they're mostly not really suitable for housing NZ houses.

How much of the home ownership has been displaced due to an increase in Landlords buying up homes that would have been otherwise purchased by First Home Buyers?

There will never be a rental shortage for busy, working professionals in New Zealand. For students and beneficiaries, yes (those with the time to be the loudest in the media).

It will be the landlords who are scrambling for good quality tenants, not the other way around.

I am curious, does anyone know if the TWG considered a FTT in their proposals?

Revenue integrity
47. Due to the ease with which an FTT could be avoided in New Zealand as a result of
our proximity to Australia, we conclude that an FTT would likely have a negative
impact on revenue integrity.

So the TWG argues that financial transactions will be too easy to hide and thus will avoid paying the tax? Why? If the transactions are electronic they will be open. For cash movement, that has always been the case. Simply put putting the tax rate at a low amount then the cost of avoidance wouldn't be worth it.

Is there anymore detail other than the dismissal.

There is an entire portion of the report on it in the link above.

Terry thinks it will be a 'realised' CGT. This has the two large political disadvantages that tax revenue estimation is uncertain (it's never certain when sales will occur and for how much), and it is a delayed collection - years to decades because it depends totally on vendor's choices as to sales or not, and when.

My bet is on an Unrealised CGT - certain, quick revenue (tax base x rate), which gives spendthrift pollies the munny they are so keen to buy more votes with.

Capital gains is a certain loss of office if they campaign on it!

I think it will appeal to the vast majority of people if it's offset by a reduction in income tax. That's what the whole revenue neutral thing means. They'll be making life easier for the working classes.