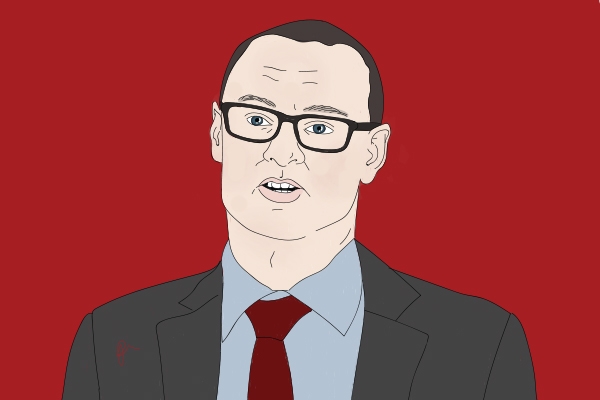 National's unsuccessful attempt to get a Parliamentary inquiry into PHARMAC is a classic case of shooting the messenger. PHARMAC is a procurement agency, charged with securing the nation's supplies of medicines and medical devices. But it is not, and was never intended to be, a policy agency.

Under the national medicines strategy, Medicines New Zealand, which has underpinned the medicines policy of successive governments since I developed it in 2007, there are three very specific objectives. First, that medicines are safe, of high quality, and are effective; second, that New Zealanders have access to the medicines they need, regardless of their individual ability to pay, and within the government funding provided; and, third, that the choices made about medicines, the ways the system delivers medicines, and the ways individuals use medicines result in optimal outcomes.

In pursuit of those objectives, since 2007, under both Labour-led and National-led governments 420 new medicines have been funded; 500,000 more people have been receiving subsidised medicines; and, PHARMAC’s budget has been increased by almost 56% - from around $650 million to $985 million. However, there are still significant issues about the overall level of funding; the time taken to fund new medicines; the effective proactive use of medicines; and, the role of clinical trials.

Whoever forms the government in the future, the overall size of the PHARMAC budget is unlikely to change substantially. There are primarily two reasons for this. The first is obviously fiscal. New Zealand has had bad experiences in the past with an uncapped approach to pharmaceutical expenditure – the laxatives and antihistamines blowout in the late 1980s, which triggered the start of what was to become the PHARMAC model in 1993 is worth recalling. Aside from the lesson of the need for firm budgetary control that example also highlighted the desirability of removing individual product funding decisions from political influence, unlike in Australia, or Ireland, for example. In my time, and to some extent to my surprise, my discussions with Health Ministers from around the world always showed some envy for the New Zealand approach and the role PHARMAC plays.

An original aim of the medicines strategy was to bring about a change in attitude, which for too long, and in too many cases, with often tragic results, had seen medicines treated as the back stop –  in other words, when all else has failed, medicate. That attitude has to change, if more effective use of medicines is to be made.

However, there are currently two broad obstacles to be overcome. Medical specialists themselves remain wary of their established forms of treatment being disrupted or replaced by medicines. While that is understandable from a professional standpoint, it can lead to perverse outcomes, both for the patient and the health system generally, where a medical intervention is persisted with, when a medicine might be the more effective treatment.

With regard to the medical profession, there is still a need for closer integration with pharmacists, to ensure both that medical practitioners are best informed about the availability and capability of new medicines; and that they getting the best possible clinical advice about their potential. The relationship between medicine and pharmacy is still too hierarchical – it needs to become much more equal and horizontal, if we are to make the most of every point of care, and achieve truly integrated health care.

Alongside this is the constant worry of governments about the rising costs of new and innovative medicines, and how they can possibly be afforded for the population. At the OECD Health Ministers meeting which I attended in 2017, there was strong condemnation across the board from countries as different as Japan (probably the most vehement of all), Norway, Britain, and most of Europe about the high costs of medicines, and the prices being demanded by Big Pharma. Only the USA was prepared to defend those costs.

Informal preliminary discussions had indicated an interest amongst some pharmaceutical companies in pursuing clinical trials under such arrangements, yet none eventuated. It was very much a lost opportunity, and the tax credit was abolished by the National-led government (with my vote opposing the change) in early 2009.

The time taken to fund a new medicine is unacceptably long. All applications for funding new medicines are first reviewed by PHARMAC's expert Pharmacology and Therapeutics Advisory Committee (PTAC), which then makes a recommendation to PHARMAC. However, although PTAC’s clinical efficacy processes are generally robust, they carry no automatic expectation that a medicine once approved should be funded. And herein lies the problem. PHARMAC funds new medicines as and when it considers that to be a budget priority, regardless of any urgency in a PTAC recommendation. Sometimes, that can take years, by which time a newer and better medicine may have emerged, thus starting off the process all over again.

An unintended consequence of the funding approach of the last three decades under the PHARMAC model has been that the procurement agency has also become the policy agency. It has become the norm for politicians and health bureaucrats to defer to PHARMAC on all matters pharmaceutical, on the grounds that these are clinical decisions that should not be subject to political influence. While it is perfectly understandable, and in many cases the correct thing to do, when taken to the extreme, it leads to an abdication of government responsibility that should be addressed. It has led to the current situation where PHARMAC has become not only the procurement agency for pharmaceuticals and medical devices, but also the de-facto policy agency deciding what medicines New Zealanders should get.

What is currently missing is a plan of what range of medicines the New Zealand population might reasonably expect to have access to and how these should be funded. The Ministry of Health needs to step up here and take a more active role, alongside the clinical experts, the pharmaceutical industry, and community advocates to answer that question and prepare a plan accordingly to inform both future Government funding decisions and PHARMAC’s procurement strategy. And the Minister of Health, who seems to be making a virtue out of not talking to anyone, needs to come out from his shell and become more actively engaged.

These are the much wider questions the Health Select Committee could usefully be inquiring into, rather than the narrow focus on the way PHARMAC operates as National was seeking. Without such a wider, more fundamental, investigation nothing much is likely to change, leaving patients, clinicians, other health professionals, pharmaceutical companies, and the general public equally unsatisfied.

I am sick of drug companies instigating tear jerk campaigns to destabilise Pharmac.
If any inquiry is needed it should be about the eyewatering prices the drug companies extort.
And don't fall for their BS about R&D costs. Their big spend is in marketing, little original research because mostly they are just trying to develop replicas of their rivals products. Not original, but just different enough enough to get past the current patent holder.

last I heard it was about 2.5 billion USD to get a new drug from R&D to registration, but it's probably more now. Most drugs fail during clinical trials, and there are fewer small molecules being registered compared with previous years. Chemists being laid off all the time as antibodies take center stage.
https://www.fda.gov/Drugs/DevelopmentApprovalProcess/DrugInnovation/

A billion dollar drug bill for a country of 5 million people sounds pretty reasonable to me. Your talking politics Peter. I'd thought you'd retired?

Seems to be always a contest between Health and Education as to which is the most poisoned chalice as far as a portfolio. National’s last occupant was sufficiently able to earn the nick name of Dr Death and his predecessor of shiny tie and dome, was something of a fast talker, I would say. I do not have a lot of confidence in this government, but I do recall that when Annette King held the position in the Clark cabinet she did very well by listening to, and assimilating the advice from, the very large number of experts that the practice of medicine requires. In old fashioned language I would say she led from the back. There has been a lot of publicity about neglect of hospitals and staff laid at the previous government’s door. It is no longer popular news it would seem. Perhaps our new minister finds it more productive to work in the background too.

My social circle consists of many Nurses at various stages of the hierarchy and they all speak highly of the Health Minister. Apparently he is slowly bringing change and getting problems ticked off, nothing sweeping, but positive change slowly growing.