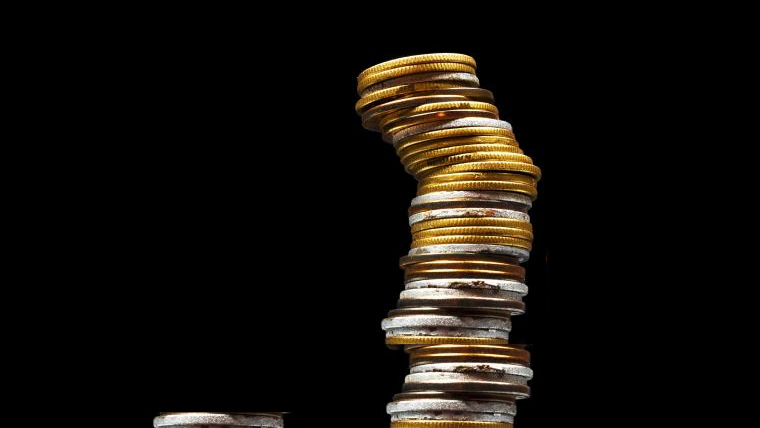 Last week the New Zealand Herald published a story on the growth of high worth individuals asking questions about the amount of tax they paid.

When I was asked about this by Newstalk ZB, I said I wasn't surprised in the growth in wealth. It has outstripped the raise of inflation. But asset classes have risen substantially over this period. The NZX 50 has risen by 140%. So, it's not hard to see why wealth has accumulated. You get a combination of existing wealth, asset price growth, and the ability to leverage, and very quickly the numbers can mount up.

The other thing that the Herald raised, though, which was very interesting, was the amount of tax in dispute. Now, the high worth individuals in 2014 had $112 million in dispute with Inland Revenue. But by 2018, that had fallen to $85.8 million. So, you have a substantial increase in the number of high wealth individuals, but at the same time, the amount of tax that they're arguing about has fallen. That points probably to better compliance amongst this group. Not exactly something that is an easy headline.

But the point to be made about the accumulation of wealth quickly is that at present, our tax system, does not tax large numbers of capital gains. So, asset growth can rapidly rise without any tax being paid on that growth. Now, that's something that is going to provoke debate. We've had the debate around a capital gains tax. I think that debate is going to move on to whether an alternative means of capturing some of those gains will be required in the future.

I think that debate is already happening, and it's also going to become more important because of demographic changes and the rapid rise in the amount of New Zealand superannuation. I saw one projection which will see it rise between now and 2022 by 35%. That will put strain on the tax base.

The other thing on the question of wealth is we don't know a lot about high wealth individuals, however. This is something the Tax Working Group asked the Inland Revenue to do more work on. Inland Revenue, coincidentally, had done some work in this field in 2015 in the wake of the publication of Max Rashbrooke's book on inequality. It drilled into the high wealth individuals for the 2014 year, the report, which was made available to the Tax Working Group and is therefore publicly available to everyone, had some interesting commentary.

Now, there was some other stuff that came out. For that year, 83% of all the tax paid came from just 25%. Despite a large underlying wealth across these high wealth individuals, their [entities] still had something like $3 billion of tax losses. And the 200-odd individuals had $60 million of losses.

The conclusion is broadly speaking HWIs, high wealth individuals, are paying their taxes as required by law. But a large and substantial amount of the wealth, what you might call "income" in economic terms, is not being taxed. This was the economic rationale for a capital gains tax. That rationale, I don't think, has gone away. But I think what we're going to see is the pressure for a change build on this.

The story in the Herald provoked quite a bit of response from certain areas. Alex Braae suggested in the Spinoff, there should be a cap on how rich people can get.

Another from Thomas Pippos, the CEO of Deloitte, pointed out, as he called it, an inconvenient truth was that the tax base was quite narrow, and that high wealth individuals and high income earners paid quite a substantial amount of tax. [Furthermore], a substantial portion of the people in the country were actually net recipients through transfers such as superannuation and Working for Families.

That's all well and true. I think the better question is, should we grow more high wealth individuals? And even though they do pay a substantial amount of income tax, is a very larger portion of their economic wealth not being taxed, and is that sustainable for the future? The debate will rage for quite some time to come.

Moving on, a little really strange thing popped up the other day that the government granted an exemption for oil platform drilling rigs.

Under tax law, an oil rig owned by a company can be deemed to have what's called a permanent establishment under many double tax agreements if it's in New Zealand waters for six months or so. And apparently, the habit had developed of making sure no platform stayed for six months within waters, so they would shuffle them out and shuffle a new one in to make sure that they didn't breach this six-month period. But that shuffling cost time and money, and emissions, because it's quite inefficient. They could get a deduction for that [expenditure].

So the extension was granted so that it would be... I think it's 12 months, to stop this shuffling. But the thing that caught my eye and that of Andrea Black was that the measure was promoted as being revenue positive.

In other words, the government was going to get more revenue, approximately $4 million more, because of this exemption.

Now, you may have heard me refer to the Laffer curve, and there always been an argument that you lower taxes, you go raise revenue. So, this would seem to be an example of that. But it was one of those things where the analysis could go either way and the number is completely insignificant.

But it also raised the other question, which we talked about last week and I think we'll talk about no doubt in the future, is that given we have got commitments about greenhouse gas emissions, is this an exemption we should be encouraging in the wider policy perspective? On the other hand, the right to drill may have been revoked for future licenses, but they still have the right to drill and explore under existing licenses. And as we transition to the lower emission gas, we are still going to need some form of the oil and hydrocarbons extracted. So, one of those difficult ones, but it was an interesting little point.

Finally in the week, we've got provisional tax instalment coming up on the 28th of this month. Provisional tax is one of those headaches for small businesses in particular, and it was something we talked about on the Small Business Council.

A number of measures have been introduced to try and make it easier. We have the accounting income method. We have the GST ratio method. But one of the things that's also emerged is the use of tax pooling companies, which we recommend and use for clients. These use tax pooling to mitigate the cost of getting it wrong and the high use of money interest rates, which by the way, just a reminder, will rise to 8.35% from 29th of August.

Talking to a colleague on the Small Business Council, we'd come across a position where application for government grants had got so complicated that businesses had basically outsourced that to a consultant. The consultants were making a nice income preparing these applications for grants. That seemed to us to be getting the cart before the horse, and that the issue really was that the procedures were inordinately complicated in the first place, and really, encouraging a cottage industry to apply for government grants isn't really good long-term policy.

The thought occurred to me thinking about that in relation to provisional tax is, has provisional tax, again, the consequence of getting it wrong, developed something such as in the tax pooling system, a response to a problem where a little bit more cut-through and simplification might remove the need for such actions? It's something to ponder.

But the reminder is, provisional tax is coming up. We can generally mitigate, for those who are provisional tax is going to be below $60,000 for the year, the use of money interest is relatively easily handled. Above that, we do need to be more careful in planning, so keep in touch with us.

This article is a transcript of the August 2 edition of The Week In Tax, a podcast by Terry Baucher. This transcript is here with permission. You can also listen below.

Just by the by: more people over 65, lower the propensity to sell and lower propensity to consume.
The numbers over 65 in NZ now starting to escalate more sharply. This is a drag on RE sales.
Plus, more RE is owned (as a % of the group) by over 65s, who gained most from inflation in period 1968 - 93 approx. this group has hovered up asset price gains and rentals also, since 2003.
So, all that adds up to more slowing in sales of RE.
In.a FIRE economy, that is income multiples or leverage that will be impacted downwards.
Thus does accentuating inequality come back to bite a society in the behind.

And neither, Terry, is the massive cottage industry devoted to trying to make practical sense of District Plans when doing something as simple as add a room to a house, subdivide a section, build something anywhere, or (heaven forfend) create a new business not contemplated in The Plan.....e.g. AirBnB....