Terry Baucher finds the Inland Revenue taking a look at habitual land sales, two Tax Working Group recommendations get approved, and the IRD is asking questions about your foreign earnings

Terry Baucher finds the Inland Revenue taking a look at habitual land sales, two Tax Working Group recommendations get approved, and the IRD is asking questions about your foreign earnings 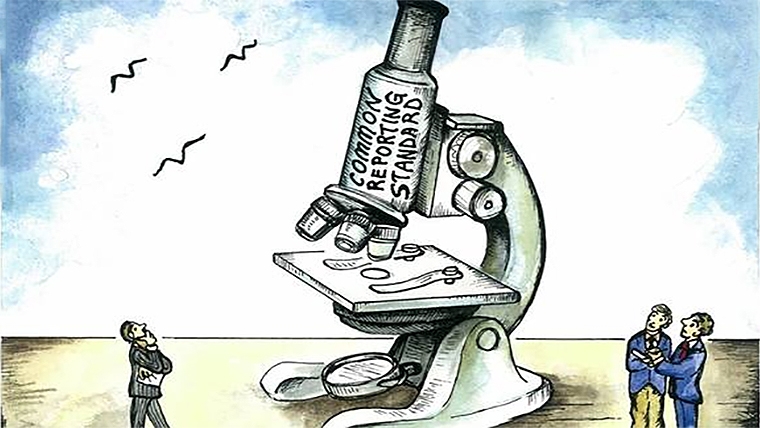 As events in America and Britain keep demonstrating, a week is indeed a long time in politics. Tax law fortunately moves a lot slower than politics, but over the past three or four weeks, since I've been overseas, there have been quite a few interesting tax developments here in New Zealand.

And the reason why that exemption won't apply in those circumstances based simply is that they'e obviously acquired it with a purpose or intent of sale and therefore should be taxed on it whether or not they actually did use it as a residence or main premises. Now Inland Revenue believes that these rules are not working as intended and they have said that people can work around them by using associated persons or varying each transaction so that there is no pattern. The Inland Revenue paper concludes, "This undermines the integrity of the tax system to take advantage by allowing people to take advantage of the exclusions in circumstances where this was not intended."

So this paper has been released with some ideas about how they might challenge that. And basically, what they're saying is at present the rules apply very narrowly to the activities of a single person, but they want to change that to take into account groups of people working on this. The regular pattern restrictions will kick in where a person or group of persons or entities have a pattern of buying and selling land that has been occupied as either as their main home, residence or business premises. [Inland Revenue] has issued a short discussion document setting out the issues on this matter and called for submissions on [it] by 18th of October.

I'm not entirely surprised by this. I mean this is one of the problems with our tax legislation, when you don't have a comprehensive capital gains tax then a lot of the rules can become quite subjective. Then there are a few loose ends which people exploit either intentionally or unintentionally. [Also] as I noted in my book, Tax and Fairness there's a remarkable pattern of Tax Working Groups, looking at the question of capital gains, shying away from it [or the latest group] didn't, but then subsequently the rules are tightened as after the group’s recommendations [whether] they didn't recommend a capital gains tax or as happened this year, that recommendation was turned down. Whatever happens there's a strong consistent pattern over 50 years of tax law being tightened in relation to sales and by the way, it's invariably land sales.

These were in respect of allowing a deduction for feasibility expenditure for businesses and relaxing the loss continuity rules. Incidentally, [these were matters] which we on the Small Business Council were also looking at. We obviously knew what the Tax Working Group were looking at, because of the overlap in our area, and we were interested in some of these measures here.

Feasibility expenditure is where businesses might be looking to invest in a particular project but they don't proceed with it and in those cases the costs incurred are treated as not deductible. So, the proposal is targeted at small and medium businesses and [defined] qualifying expenditure with total of less than $10 000 will be deductible immediately and in other cases deductions will be able to be spread over five years.

This measure will be included in a new tax bill coming through at the end of the year. Now that was something, as I said, the Tax Working Group recommended and we at the Small Business Council were keen on too.

Both groups thought we should look at the question of what we call the loss continuity rules. And that is [where] companies that have incurred losses, as often small businesses starting up in their first years do, they can only carry forward those losses if they have 49% shareholder continuity, i.e. 49% of the same shareholders must continue to hold shares in the company from the time the losses were incurred to the time you want to offset them against the future profits.

These rules have been seen as a bit of a hindrance to attracting outside investment. And this is a longstanding point that's been made not just by the Tax Working Group, but other organizations and investors generally.

So the position that the Government's proposing is to relax these rules. We don't have much more detail than that other than a consultation paper will be coming out shortly on these positions. So that's a good step forward. It's something that popped up in discussions when I was in Europe talking about if you want to attract overseas investors into small businesses as partners say if they wanted to come in under the entrepreneur migrant category. So, it's a good move and I know it will be welcomed by a lot of tax professionals.

And finally picking up something I've talked about in the past, specifically in my last podcast when I talked about FATCA. Inland Revenue has been busy sending out letters as part of the what they call automatic exchange of financial account information.

And this is New Zealand's implementation of the OECD's Common Reporting Standards on automatic exchange of information. What has happened is that Inland Revenue has been supplied as part of the Common Reporting Standards initiative, with details by other jurisdictions of New Zealanders who have accounts in overseas jurisdictions. The Inland Revenue letter reads, "We have received financial account information concerning your foreign accounts from one or more jurisdictions in the last year."

So basically, they're asking people to sign a confirmation of their tax position and that is either, "Oops, I have overlooked something." Or "No, I'm up to date and I've made or declared all my offshore income in gains."

I've seen several of these letters, and I was pretty much expecting this to be happening as part of the general Common Reporting Standards initiative. And I'm not particularly concerned about those that I have seen because the clients are compliant. But if you have received one of these letters, then you need to talk to a tax advisor and soon, because in this wave of letters that have been passed to us, the confirmation of tax position is due to be signed and returned by or before 16th of October, 2019.

This is the first of these initiatives, the information swapping for the September 2019 period will be happening very shortly. So, get ready for another wave of inquiries from Inland Revenue. In some cases, it's perhaps a little redundant if clients have returned the income. Perhaps a little more tailored approach might work, but Inland Revenue expects people to comply with their own obligations.

That’s it for the Week in Tax. Until next week, ka kite āno.

This article is a transcript of the October 4, 2019 edition of The Week In Tax, a podcast by Terry Baucher. This transcript is here with permission. You can also listen below.

I bloody hope not!!!