Terry Baucher says property developers keep making the same GST mistake 19 years after the law was changed. The IRD is watching your credit cards. And the OECD proposes a global minimum tax rate

Terry Baucher says property developers keep making the same GST mistake 19 years after the law was changed. The IRD is watching your credit cards. And the OECD proposes a global minimum tax rate 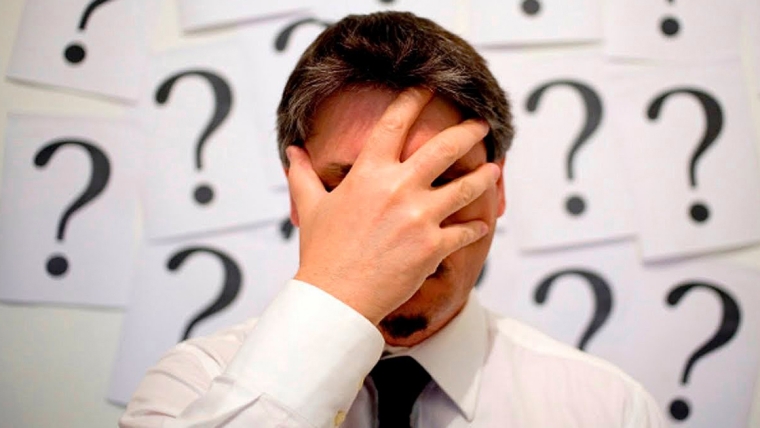 This week, a common and often very expensive GST mistake. The European Union ramps up its anti-fraud fight with a massive data sharing initiative, and the OECD suggests a global minimum tax.

Property developers provide a rich source of work for tax advisers and for Inland Revenue. That is because of the importance of property to the economy as a whole, but also in that they are often remarkably careless about the tax consequences of a transaction. This is probably a character flaw in that a developer sees an opportunity and knows they need to move quickly to maximize the opportunity.  They therefore often go charging into a project without having someone on hand sweeping up the bits and pieces to make sure that all the i's are dotted, and t's are crossed.

In my experience, a key distinction between developers who fail and those who are successful is often the successful ones make sure that they have a team around them that does look after all the bits and pieces and the necessary legal and tax frameworks to ensure the projects go ahead.

How this often manifests itself is that a developer might come across a residential property which is ripe for development and will make a bid for the property and purchase it. This is where the very common tax problem may emerge if the developers aren’t careful. If the developer purchases the property in the wrong entity, either personally or in a company or a trust which is actually used for development purposes.

At some point down the track, the developer’s lawyer or the accountant might say that property shouldn't be in that entity and we need to get it into the proper development company. The developer often responds “Well, just deal with it. Get it into the appropriate entity”. And what will happen more frequently than it should happen is that a second transfer is made from the developer or the wrong entity to the correct entity.

And then the new entity goes and claims a GST input tax credit. For example, a residential property worth say $575,000 was bought and was then transferred at a later date to the correct development company, which tries to claim an input tax credit of $75,000. Inland Revenue will turn it down.

The reason why it would turn it down is a provision in the GST Act, section 3A(3)(a). Now this provision has been in place since October 2000 and it is quite astonishing that 19 years on, this issue keeps arising. Why?

What this provision exists to do is to stop people buying a property when no GST was paid.  For example, a residential property bought from someone who's not GST registered, holding it and then selling it at an inflated price to a GST registered entity, which then claims the input tax credit. This was something that was going on and was eventually put a stop to by the introduction of this provision in October 2000.

And the way it works is simply to say that if the transaction involves a sale between associated parties, the amount of the GST that can be claimed by the recipient party, the developing company in this case,  is limited to the amount of GST paid by the original purchaser. So, if the purchaser buys from a non-GST registered person a residential property and then on sells it to a GST registered person, no GST input tax can be claimed on the purchase because no GST was paid by the original purchaser of the property.

Now this is, as I said, a very common mistake I keep encountering. It's a reminder to all people involved in the property industry to be careful when buying property to make sure that you have the correct entity settle on the transaction with all the necessary paperwork in place. Too often developers are keen to get something done and then buy in the wrong entity just to get the deal done. And unwinding that transaction is either impossible or proves very expensive. So that’s a word to the wise.  But I still find it astonishing that this is an issue I've been dealing with repeatedly for 19 years.

From January 2024, credit card and direct debit providers will be obliged to provide member state tax authorities with data about certain payment details from cross-border sales.  The anti-fraud Eurofisc Network will then analyse this data for potential fraud. This is another part of the massive information sharing programmes which are now common to international tax such as FATCA and the Common Reporting Standards on Automatic Exchange of Information.

Inland Revenue has been operating something similar to this for some time. The most notorious example I encountered was a family here had still kept a credit card issued by a UK bank. The mother wanted to come out and visit them and have a holiday in New Zealand. So, what she did was she put money into the credit card in the UK and they then used it for the only time to hire a camper van.

Inland Revenue found the transaction and knew that this was a credit card transaction that was made by a New Zealand tax resident.  It issued a “Please explain” letter. And that turned out to be a very costly matter because in fact the son had made a pension transfer which got picked up and tax paid.

What's notable is that Inland Revenue’s older computer system was able to track and find that credit card transaction. But following Business Transformation what will Inland Revenue’s computers be capable of tracking? It will be interesting to see. But the warning is that if you use a credit card issued by an overseas bank in New Zealand, Inland Revenue will come asking questions.

And finally, another very significant development in overseas tax.  This is part of the ongoing work of the OECD/G20 Base Erosion and Profit Shifting initiative (BEPS). The OECD secretariat last Friday issued a discussion document on what's termed the Global Anti Base Erosion proposal under Pillar Two.

I spoke on a previous podcast about the Pillar One initiative. The references to pillars, by the way, is because these proposals represent significant changes to the international tax architecture, hence the reference to pillars.

Now this Global Anti-Base Erosion (GloBE) Proposal is really quite significant and worth quoting at length. According to the press release it

“seeks to comprehensively address the remaining BEPS challenges by ensuring that the profits internationally operating businesses are subject to a minimum rate of tax.  A minimum tax rate on all income reduces the incentive for taxpayers to engage in profit shifting and establishes a floor for tax competition amongst jurisdictions.”

The press release goes on to note that

“global action is needed to stop a harmful race to the bottom on corporate taxes, which risks shifting the burden of taxes onto less mobile bases and actually may pose a particular risk for developing countries with small economies.”

And this has been something that's been brewing for a long time now. The way that international multinationals have been using tax competition, encouraging countries to cut their tax rates and also looking to minimize their tax bills through shifting profits into low tax jurisdictions. The OECD proposals are a huge step forward and there's a lot more to consider.

Things are now happening very rapidly in this space. The timeline for submissions on this particular Pillar 2 proposal is Monday 2nd December. There will be a public consultation meeting the following Monday 9th December in France. And the G20 is saying it wants a solution on the whole matter delivered by the end of 2020. So, stay tuned for what is a remarkably fast changing environment.

Well, that's it for the Week in Tax. I'm Terry Baucher and you can find this podcast on my website www.baucher.tax or wherever you get your podcasts, please send me your feedback and tell me your friends and clients. And until next time have a great week. Ka kite āno.

This article is a transcript of the November 15, 2019 edition of The Week In Tax, a podcast by Terry Baucher. This transcript is here with permission and has been lightly edited for clarity.

Terry, I really enjoy your articles but the IRD credit card bit seems a little over dramatised.

The GloBE proposal for base tax rate is a push towards an international tax regime.

IMO it should absolutely go through with a rate of around 20%. With restriction of trade penalties for companies off shoring their HQ's to tax havens. It would have huge implications for most industries, but would be a push towards ensuring the world isn't run by large corporations, which is what is increasingly happening now as they dictate terms to government (either directly or indirectly).

Unfortunately, I also see current tax havens (like Ireland) bending backwards with subsidies to try and keep the companies on their shores (like a tax rebate scheme for R&D that gives 50% of their income tax paid back, essentially maintaining their tax haven status).

It took a while to get to the point on the gst input credit but you get there eventually. Simple solution, sign the s and p agreement using the words "and/or nominee" which then gives you until settlement date to form the purchasing company etc. We did this recently and the gst claim went through without a hitch.

Yes, I probably could have got to the point quicker. As you say the solution does seem simple but the key is having someone alongside the purchaser who is alert to these issues. This isn't always the case.

What was the issue?

yea I'm curious about this too. Does it simply mean that it triggers a IRD investigation into whether you have undeclared foreign income? What is the reason from IRD's point of view?