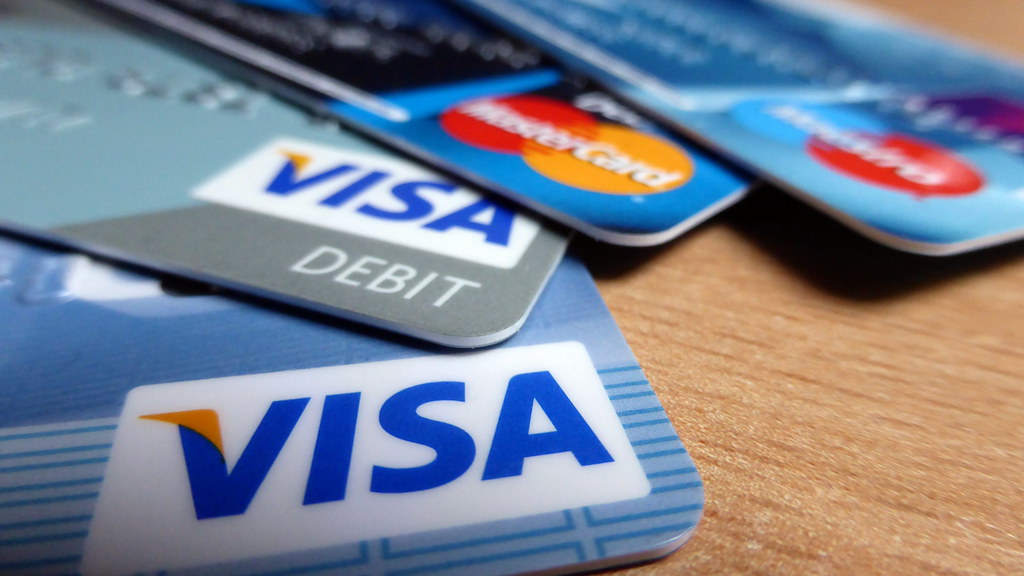 If we thought the sharp (record) 9.7% fall in credit card spending for March was quite something - well, we really hadn't seen anything yet. Not at all.

New Reserve Bank figures out on Thursday showed that in the lockdown month of April total monthly credit card billings in New Zealand fell  a whopping 41.3% to $2.1 billion (seasonally adjusted).

This is the largest monthly fall on record and brings billings back to levels last seen in 2006.

On a seasonally adjusted basis, total advances outstanding fell a staggering 14% to $5.9 billion.

On an annualised bases the amounts outstanding are now some 20% lower than they were a year ago when they stood at over $7.3 billion.

Its the first time the amounts outstanding at month's end have dipped under $6 billion since 2013.

The fact the borders have been closed and therefore tourism spending evaporated certainly contributed to the big fall in monthly spending on cards in this country.

But spending on NZ-issued cards was very well down too.

At the same time they were not spending money, Kiwis were actually chipping some in.

Whatever our own personal experiences might have been during the lockdown, the whole thing was pretty good for our credit cards.

What will be interesting to watch in coming months is the extent to which those billings and amounts outstanding start to play 'catch up' with where they were before.

So Covid-19 has been a much needed break from the rampant consumerism we have become accustomed to and will hopefully set households up for better spending and saving habits in future?
It has certainly been great for my household, we have cut our credit card spending in half and suddenly we have a lot more money that can go into paying off the mortgage every month.

Agreed. Many people would be out of jobs or on reduced incomes if the wage subsidisation scheme where not extended (safe bet that it will clear the election but after that I'm guessing sympathy will become apathy.) Even for people in a reasonably comfortable financial position, because companies have suspended dividends and returns across other asset classes have been reduced, they will likely defer big ticket purchases (holidays, cars, kitchens etc.) There is also the matter of tax rates almost certain to increase and the need to buffer the effect of that.

"we have cut our credit card spending in half"

That was always your choice, you didn't need COVID.

You are quite right, nobody forced me to go through the McCafe drive through on the way to work a few times a week rather than making my breakfast and coffee at home, but that sort of frivolous spending was certainly a weakness of mine.
Going cold turkey from takeaways, restaurants and retail for a month and seeing the savings that were possible has been a great opportunity to improve my habits though, and I’m pleased that I haven’t spent a cent on takeaways and other stuff I didn’t need since the shops are open again either.

Good luck with that then, I hope it lasts.

Hopefully, these changes to household consumption force our economy to move away from low-value businesses in favour of focusing on the real economy. Some of that upside is reflected in numbers: polytechs around the country are expecting a 30% increase in enrollments with this much-needed push.

You are certainly not alone.

Bit of a quandary. If everyone does that, our consumer driven/housing/wealth effect/ponzi economy is dead in the water. Orr wants all of us to be profligate.

Indeed. Now we just have to deal with the fact that we've set up a global economy which collapses if people stop consuming unnecessary sh*t on credit.

What an utterly stupid series of comments this thread has been ...............some readers dont have a clue how serous our problems are , and they could be in for quite a shock

Firstly , many people use a credit card for convenience and to get the "points "and pay it off very month ( I do this a lot ), so its not a case of racking up debt

Secondly , major purchases are made on credit cards ( I DO NOT do this ), and those companies reliant on credit card sales from Briscoes to the Warehouse are going to see sales fall off a cliff , and this will result in job losses .

In the US in April, 15 million credit cards got put into hardship programs where the borrowers defer payment. That's 3% of credit cards, up from 0.03% this month last year.

They will adjust to the new normal very quickly

Lockdown was an excellent wake up call as to how much of our spending is discretionary.
My feeling is that COVID and lockdown gave most a shock and that regular discretionary spending may take a little while to return to regular pattern and same level.
Many are going to be a little more prudent especially if there is risk to either one’s job or level of income - expect credit card debt and the mortgage to be paid down before that new car or tv.

In 2 years time we will all have reverted back to our usual spending habits. Whether we like it or not businesses know us better than we know ourselves and make an art of getting our wallets to open.

That rather assumes that as many 'businesses' will be around, a'pryin' at our wallets. Hospo certainly won't be there in the same quantum.....

We have only been back working for just over one week but have noticed a lot more people are paying with cash. Used to have days without any cash transactions. A lot of the older customers are using cash now instead of credit cards.

That's intriguing because there is some evidence that some people were stocking up with cash before the lockdown. Maybe they are now getting rid of said cash...

Good point - would be interesting to plot the size of cash withdrawals against the size of the drop in credit card spending. Perhaps the spending drop is not as big as it looks if people are rather sheepishly deciding having $20k in cash sitting around the house is not such a good idea.

Wish I had $20,000 in Cash to sit around the house doing nothing. But prudence tells us we need a cash nest egg just in case for the future

@David Hargreaves , the RBNZ will come out with its figures for April / May cash withdrawals soon enough , if its not already done so .......its going to be interesting

We are in BIG trouble, the chickens will start coming home on 28 June when we see how the economy has shrunk from the GST returns

Its the knock-on or domino effect that takes about 2 months thats going to be our biggest worry .

Brace yourselves for a very bumpy ride

For some reason I only remember the 1991/1992 recession as being difficult. Those of working age then would have to be 50 plus now. I suspect few comments come from that group. What's coming will define the financial future for a generation. It's not necessarily a bad thing, but it's definitely nothing to gloat about.

The PM/Labour's entire 2017 election strategy was to talk about things that were impossible to do, but still hope the fact they were talking about them would win them votes. It did. Why change a winning formula?

Interesting too that while some credit card issuers dropped interest rates on their cards for a period (ANZ), it doesn't look like the drop in the OCR has had an impact on rates for most credit cards -https://www.finder.com/nz/credit-cards.
Will be interesting to see how credit card companies respond if the OCR drops into negative territory as expected early next year