A recent court ruling on trustee accountability is raising some legal eyebrows with a court setting aside a discretionary decision of a trustee. Anthony Grant reviews the situation

A recent court ruling on trustee accountability is raising some legal eyebrows with a court setting aside a discretionary decision of a trustee. Anthony Grant reviews the situation 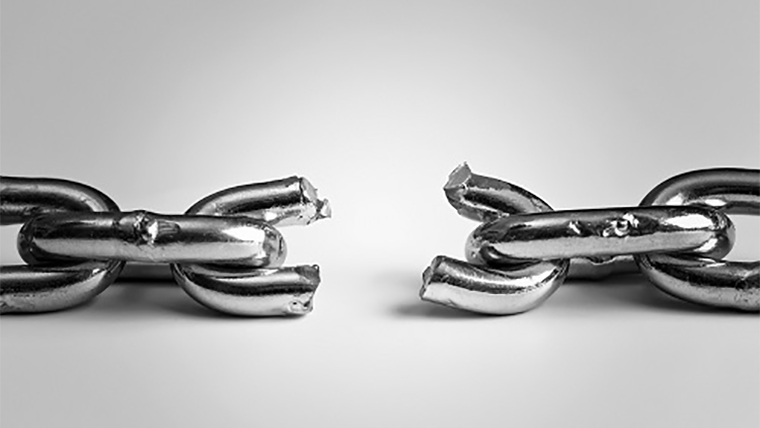 Some people think the courts talk with a forked tongue about trustee accountability. On the one hand, they applaud trustees for giving their services for free, but they then hold them liable to increased standards of accountability that deter them from acting as trustees.

A grandfather established a will trust with his granddaughter Lara as a beneficiary. She was to get about $65,000 “on reaching her 21st birthday”. If she died before reaching 21, the money was to go to others.

The trust had a secondary provision allowing the trustee to distribute trust monies to a beneficiary for “maintenance, education, advancement or benefit”.

When Lara was 15, her mother asked the trustee for the $65,000 to be paid to her. She said it was needed for Lara’s education in Australia which would, in turn, give her the best opportunity to get a scholarship to a university in the USA where she could focus on her tennis ranking. Lara’s parents made it clear the money was wanted to advance Lara’s tennis prospects and to help her get a US$500,000 scholarship.

The trustee, Lara’s aunt, thought it was speculative that Lara would end up as a Wimbledon champion and she was initially reluctant to pay out more than 40% of the requested $65,000.

This incensed Lara’s parents who applied to remove the trustee.

Whata J held that the trustee, who acted throughout on legal advice, was in breach of a fiduciary duty.

The trustee was either unable – or unwilling – to give her reasons for this belief. Trustees need to know that not only might they have to explain their reasons to a court, but they must also be able to justify their reasoning to a court’s satisfaction.

Not only was the trustee held to have acted in breach of trust, but Whata J held she was to “personally bear her own litigation costs and any liabilities she may have in relation to Lara’s costs” up to a particular date. This involved scores of thousands of dollars.

These are some factors the trustee would have had in mind:

Here are some lessons from the case.

Reliance on legal advice will not excuse a trustee but it may lessen the financial penalty the trustee is ordered to pay.

Of greater significance to all trustees was the judge’s conclusion that the trustee “failed to use the requisite care expected of trustees when she exercised her discretionary power and refused to advance all of the trust funds to Lara”.

This appears to be a reference to the trustee’s inability or reluctance to explain why she considered Lara’s parents might have been financially imprudent.

Section 73 of the Trustee Act provides that a court can excuse a trustee who has acted “honestly and reasonably and who ought fairly to be excused”. The trustee pleaded this provision and even though Whata J held that the trustee had acted honestly, he didn’t mention the s 73 defence.

Whether this arose from a belief that s 73 doesn’t apply to cost sanctions or to an oversight on the judge’s part is not clear to me. I would have thought s 73 should be able to relieve a trustee from an order to pay costs.

If the courts are going to set aside discretionary decisions in this way, many trustees will have to take a lot more care with their decision-making.

Whata J said the trustee “could have taken a neutral position and not opposed and abided the decision of the court” [85]. It appears he believed the trustee should have simply handed the money over to Lara’s parents at their request, even though the trustee was not allowed to speak to the beneficiary, and the money was wanted for a speculative venture of which the parents refused to give the trustee relevant details.

If Whata J’s approach to trustee decision-making is correct, trustees would be wise to check their insurance policies.

This has potentially far reaching consequences for other trusts. Will the trustees of educational trusts be more vigorously accountable in regard to decision making? Not focussing on risks in relation to education and future propects sounds like a call to speculation based on argumentation. Who or what will decide what education is or isn't?

Our Judges live in their own little bubble.

They simply aren't representative of our society anymore.

would love a follow up on this in a year. money is all gone and she has quit tennis. then she should visit the judge with a thank you note

The terms of the trust deed seem clear to me , so how did the court find against the Trustee .

A brekadown of the costs , and drip feeding it to the beneficiary for her education would have been the way to go , in my view

Had an Interesting converso with my lawyer last week. He pointed out that most of the reasons for having a trust - protection of family assets, rest home asset tests, tax advantages if trading - have been whittled away during the past 15 or so years. To the point where it's frankly easier to wind 'er up, particularly if it's a simple family trust. Move the assets out, bring the vesting date forward, goneburger. Quite a few are taking this option, seemingly. Of course, YMMV, seek professional advice, and don't believe Everything ya reads on the Interwebs....

Very interesting. Thank you for sharing this article / information with us.

That is why trustees have to be well chosen. Also why judges have to be well chosen. From my working in the court system I have seen many an idiot judge being allowed to be paid for working incompetently. Also the trustee was either incompetent in not bringing the facts before the court, or had incompetent counsel. The whole point of giving evidence is not to answer questions put, but to advance your case, regardless of the questions asked, or not asked. If the trustee incurred legal costs, then I am at a loss to see what value the trustee got out of them. How could a browbeating bully beat up a trustee, and Justice Christian Whata as well?

Our civil court system is broken. At the top you get the likes of wealthy plaintiff's a la Colin Craig, Bob Jones and Winston Peters conducting what seem like frivilous personal vendettas against ordinary people without their financial resources. These cases congest the courts. At the bottom you get queues of lessor people lining up at the court reception counter to get their real grievances heard, with some court official arbitrarily deciding on the spot whether their case can even be heard in the small claims court.

Our civil court system is broken. At the top you get the likes of wealthy plaintiff's a la Colin Craig, Bob Jones and Winston Peters conducting what seem like frivolous personal vendettas against ordinary people without their financial resources. These cases congest the courts. At the bottom you get queues of lessor people lining up at the court reception counter to get their real grievances heard, with some court official arbitrarily deciding on the spot whether their case can even be heard in the small claims court.

What a ridiculous decision. Clearly the grandfather did not want his children to receive the money hence the trust being set up for the granddaughter. The parents are obviously attempting to obtain the funds before lara turned 16 as they feel slighted by grandad. I believe that the trustee was acting in a right and proper manor. The disbursement should have been made directly to the education facility and not to the parents. I also think that tennis lessons hardly qualify as education. I hope the order stated that the funds be expressly spent on Lara with an audit on the expenditure. I'm also no impressed with the order for the trustee to pay expenses for the legitimate cost of defending Lara's inheritance. I'm sure the trustee is aware of internal family politics that the judge is not.