After a cooling off period, New Zealanders would appear to be cautiously wading back into the credit card market with Baby Boomers leading the charge.

Credit bureau Veda, in its latest survey on borrowing trends, is reporting a 6.75 increase in credit card applications for the 10 months ending October, while overall inquiries for credit (including mortgages and loans from finance companies) were up 3.73% annualised for 2011.

As a comparison, overall inquires for October 2010 were down 14.12 percent compared to the same month 2009.

Veda managing director John Roberts said the increasing demand for credit was "in line with a gradual improvement in economic conditions here."

Mortgage inquiries last month were also strong, up 23.35% compared to the previous October, with greater numbers of Gen Y moving or looking to get into the housing market.

Roberts said the jump in numbers was not indicative of a real estate rally but rather a bargain hunting movement among mortgage holders coming off fixed term loans.

Overall, New Zealanders are still in deleveraging mode, according to Veda's interpretation of the data.

Demand for hire purchases and personal loans continues to fall as does default rates on bills, both business and household.

Defaults for individuals, were down 25.15% in October compared with the same month last year.

Roberts, in a prepared release, said it was the "continuing effect of statutory debt not now being able to be loaded as a debt on credit reports" as well as a reflection of lower levels of credit provided to consumers.

Commercial defaults were also down. They fell by 19.83 percent in October 2011 compared with the previous October.

Roberts said “the data tells us that New Zealanders are cautiously moving on from the Global Financial Crisis but they remain wary knowing that the global financial shakedown is continuing in Europe. We are continuing to witness a sharp change in consumer attitude towards credit compared with pre-GFC appetites.” 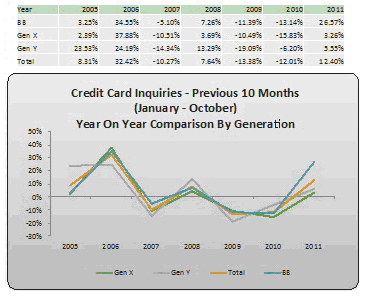 THE government is to boost the housing market because there really isn't anything else to do, it has been confirmed.

David Cameron and Nick Clegg have unveiled a £400m investment to encourage new building and help first time buyers after realising Britain had long since given up on anything that was not ultimately about houses.

The prime minister said: "This package will help to reinflate the house price bubble and give mortgages to people who can't really afford them. Unless anyone has any better ideas?

"It's worth remembering that the only reason the British economy seemed successful in the late '90s was because of a house price bubble and mortgages being given to people who couldn't really afford them, so it's not as if we're in uncharted territory.

"This will definitely work."

"So until such times as we actually start making things out of metal, we need to support the foundations of our pretend economy with money we don't really have."

Tom Logan, who has never met anyone with a real job, said: "My father's dying words to me were 'make sure you buy a house you can't afford and fill it with stuff you don't need'.

Who says we aren't world leaders, the UK appear to following our example:

"So until such times as we actually start making things out of metal, we need to support the foundations of our pretend [property focused] economy with money we don't really have."

It must be wonderful to be a baby boomer.

Racking up the debt now to buy property and goodies, and to take extended overseas holidays, knowing that the debt repayment burden will fall upon your kids and grandkids.

Don't let Bernard fool you. There are some very hard working BBs out there stuck between supporting their aged, ailing parents and their hopeless adult kids. The fact that some of them are turning to finance companies for loans in their '50s suggest they've fallen on hard times....they're not entirely to blame.

We're all in this problem together. Eventually everything bleeds together.

We all bleed even though it's only some of us who are cutting themselves.

Isn't that interesting .. the heading on the graphic clearly states "credit card ENQUIRIES" have increased yet the provocative intro and resulting responses read as if the heading was actual "credit card DEBT" has increased - led by the BB's ... good one amanda