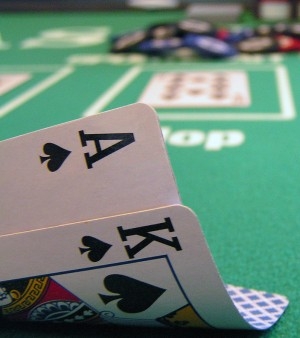 I had a moment yesterday. I received an email from a reader about KiwiSaver asking whether their employer was obliged to pay it. The reader's instincts were right, (employers are legally required to pay on top of salary) however this person was doubting that because said employer indicated it was "final salary" implying that KiwiSaver contributions were accounted for.

I had to dig up a Q&A from our archives (see question on "good faith bargaining") that spelled out what the law says on this. There appears to be a few grey zones but generally speaking unless you and your employer agree up front during salary negotiations to such an arrangement, they are required to make them on top of the base salary. There are a few exceptions which are outlined in the links in the Q&A.

What this matter highlighted for me is the fact that salary negotiations will become increasingly important as KiwiSaver contribution amounts are incrementally increased. Remember that under Budget 2011 they are due to be raised from 2% to 3% in April 2013 and employers will undoubtedly be looking to offload that expense back on to you. ie. a smaller salary. Admittedly some small businesses will be hard pressed to keep up with the contributions but a lot of businesses are in good shape and if you've been an instrumental part of that, then you should be rewarded accordingly.

On the subject here's a useful piece on the art of salary negotiation from Forbes Money. The writer seeks some advice from money guru Ramit Sethi of I Will Teach You To Be Rich fame on the how to go about it. Sethi says the most common mistake employees make is not asking for a raise because they're too scared to or they think they're not worthy.

Definitely not a wealth strategy you want to bank on but sudden money does happen. And who doesn't like reading about how?

And on the subject of mega bucks, I also enjoyed this commentary piece published in the Guardian questioning why over-paid sports stars and celebrities are exempt from the public scrutiny on the excessive pay packets. Fat cat bankers are taking all the heat these days while there seems to be this quiet acceptance, even adulation, of ridiculously overpaid soccer players, pop divas and reality "stars.'' The writer blames politicians for attacking bankers as part of a vote winning strategy while ignoring the more difficult questions about the lifestyles of the rich and famous, and excesses the likes of Kim Dotcom's, are admired rather than reviled.

If the model these new super-rich based themselves on was a bit more like Bill Gates it would more acceptable. Instead they are set up as symbols of what we are all supposed to want: loads of dosh to spend on expensive goods. Or as the National Lottery spelled out in describing the desires of the latest winner: "Top of the shopping list for Gareth is a box at his beloved Manchester United, followed by a Range Rover Sport, a villa somewhere abroad."

It's much easier for politicians to bash bankers' bonuses than it is to have a go at the other kinds of easy money in our society. That's because they know stirring up traditional class attitude at the moment is a vote-winner, and much easier than raising deeper and more difficult questions – about the rampant consumerism promoted by these kinds of huge earnings, and about whether we are rewarding the right people in this society.

When Warren Buffett talks, everyone listens so far be it from me to ignore his latest advice to American Baby Boomers. In short, Buffett says record low interest rates and good property deals, make this a good time to buy a retirement home in the sun-drenched south.

I must confess the thought has crossed my mind (not moving to Florida) but buying here in NZ while rates are low but I don't see too many deals on the North Shore. When I convince the bosses that telecommuting is the way to go, I might be in a mood for shopping.

On that front, here's a fabulous resource for would-be home owners weighing up the cost advantage of buying versus renting by region. Make sure you read the assumptions in our modeling. The charts and figures we have are as of the end of the September 2011 quarter but we'll be updating them in a few days and I'll be sure to post the link once again.