Marital mischief; Mark Zuckerberg a renter?!; Facebook's IPO; Making money while you loaf around in bed; Are you ready for compulsory savings?

Personal Finance
Marital mischief; Mark Zuckerberg a renter?!; Facebook's IPO; Making money while you loaf around in bed; Are you ready for compulsory savings? 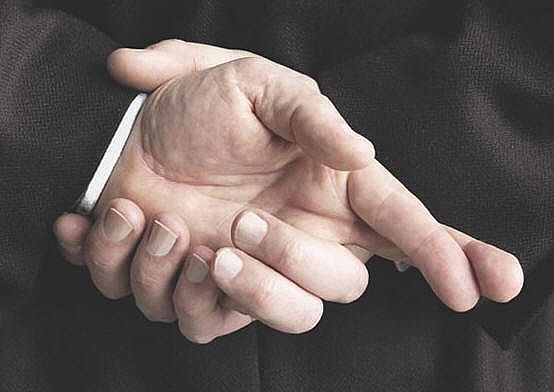 Here's a new flash; not. Couples lie to each other about money. One survey found that 31% of adults who have combined assets with a spouse or partner say they've been deceptive about money. Of those, 58% admited to hiding cash, and around 15% confessed to having a secret bank account. The same survey found that 34% of couples lie about finances, debt or money earned.

And interestingly, almost twice as many blokes as gals, fibbed or fudged how much money they earn. 11% compared to 6%.

Suspicious spouses are starting to wise up to financial deception and they're using some high-tech means to crack the vaults.  Read more here on the methods as reported by the Wall Street Journal.

Warren Buffett is perhaps one of the best known super rich el cheapos going. He shuns cell phones and other IT gadgets and toys and still lives in the same five-bedroom home he bought in Omaha in 1958 for US$31,500. This, "they say", is how the rich get rich; by being thrifty. Buffett's wealth is estimated at more than US$44 billion.

I just about fell off my chair when I read that Facebook billionaire Mark Zuckerberg (with a net worth of US$17.5 billion) is a renter! According to this item on the everyday lives of frugal billionaires, Zuckerberg also lives in his jeans and t's and spends 16-hours at day at the office.  Fun guy.

Speaking of Zuckerberger, Facebook's much anticipated IPO is slated to happen on the 18th of this month. This primer from CNBC explains the nuts and bolts; the delay with Instagram, projected share prices and which exchange they'll list on etc.  Potential Facebook shareholder's might also want to read this from Mashable on the US$100 billion plus valued social media giant's future.

Here's a dream job for all you sleepy heads out there. NASA is looking for guinea pigs who don't mind spending their entire day in bed to measure the long-term physical effects on the human body. This item via pennyhoader.com, notes they're willing to pay about $5,000 a month for lounging in bed 24/7. Easy money? There's no such thing. Bed sores are not pretty. Thanks Nathan for the link.

5) Are you ready for compulsion

National in its last budget said it would look at a one-time auto-enrolment exercise for KiwiSaver to sweep up any outstanding employees that are outside of the savings scheme. As the plan was contingent on Government returning to a surplus position, it seems unlikely but I expect we'll see compulsion in some form come hell or high water.

As most of you will know, governments worldwide are looking at ways to get individuals to take greater responsibility for their own savings. That's because of the dilemma they are facing with diminishing tax bases, ageing populations and spiralling health care costs.

In the U.K., around 10 million employees will be thrown into self-funded pensions plans in October. Alarmingly, 70% of all those workers are totally unaware about what's about to happen to them. It raises questions about the type of funds they'll be thrown into and also how to raise awareness and education around retirement savings. See this Guardian Money story here for more.  This should serve as a wake-up call for New Zealanders as we're headed down this path shortly, I reckon.

Amanda ... if you are looking for suggestions ...

What about a "how to" guide where those with experience tell worked / works for them.

For example, I've been trying for some time, to figure out how to buy some Euro denominated bonds. Preferably online. Can anybody who has done that tell me how?

I'll second that as a request.  I'd also like to see a 'howto' on how to trade Australian small-cap shares as well as how to short sell.  It seems like you need an Australian bank account and/or residency from what I've found so far.  I know exactly what I want to buy and sell, but the HOW is proving difficult.

Not sure, but if you want one-stop-shopping assistance with all that if you try Macquarie Bank (Macquarie Group in NZ) they will facilitate the lot for you including the bank account, transfer of funds and broking. Personally I'm not a great fan of Macquarie. But, they'll do the job.