21 ways rich people think; Clueless co. directors; the magic of compound interest; Gold on the rise; Can you afford a kid?

Personal Finance
21 ways rich people think; Clueless co. directors; the magic of compound interest; Gold on the rise; Can you afford a kid? 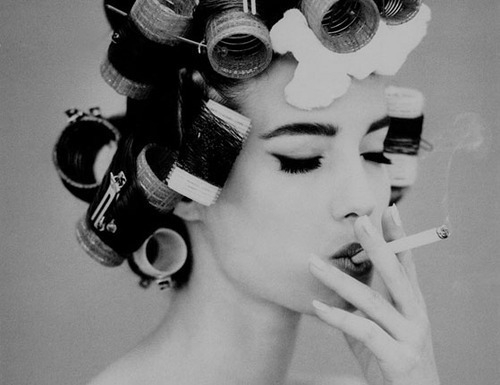 One has to wonder how out of touch the super rich are with reality. I base this on Ozzie mining magnate Gina Rinehart's comments about the middle class malaise in the personal finance department. Ms. Rinehart apparently triggered a firestorm across the ditch after dismissing middle class concerns about the rich getting rich(er), suggesting they too could get ahead if they spent less time "drinking, smoking and socialising.''

If only it were that simple Ms. Rinehart. Still I guess she has a point. The road to wealth isn't paved with lazyboys.

Oh and here's a bonus link to Ms. Rinehart ranting about why Australia is floundering economically. Cripes, she'd have some choice words for our Mr.Key I reckon.

2) Director's without a clue

And more news from across the ditch where the Australian Financial Review reported on a dismal finding about the competence of company directors there. By their own confession, nearly half rate their knowledge of foreign exchange and asset valuation as "only fair to poor.'' That's according to a survey from the Financial Reporting Council which raised concerns over the "financial nous of boards amid A$27 billion writedowns last reporting season."

Would company directors here in NZ prove any smarter? I wouldn't put money on it.

The Australian regulator is urging the Australian Securities and Investments Commission, the ASX corporate governance council and major training organisations, to take action to help lift financial literacy levels among board of directors.

Now I know all you smartie pants coming to interest.co.nz don't need a lecture on compound interest. I'm including the following link to a Reserve Bank of New Zealand pod-cast explaining the magic of compound interest in simple terms so you can forward it to your nearest school or your niece, nephew, grandson, God daughter....you get the idea.

The doom and gloom is driving gold prices back up. The precious metal hit a five month high yesterday and the Telegraph newspaper reports here that it could hit US$1,800/oz before the year is out. To keep abreast of the latest news, opinion and analysis on both gold and silver, add our gold section to your favourites page.

Some of you might find this transcript of a web interactive with the Telegraph's international business editor Ambrose Evans-Pritchard informative in terms of the underlying picture. The topic of discussion: What's next after five years of financial crisis? Just had a quick look myself. In a nutshell, more of the same forecast to come.

Actually, this is sound advice but I hear 75% of all kids born are unplanned.  Not me of course; a New Year's Eve celebration rather.:)

#1 Gina Renhart is the ultimate CUB. No-one outside of the sphere of influence her $20 Billion buys her takes anything she says seriously. She has zero interest in anything other than herself and her fortune, so anything she has to say about what's good for Australia should be roundly ignored by everyone. The best thing for Australia would be to hasten her departure to Singapore ASAP.

#3 Compound Interest, that would be where the interest rate drops down to %2-4 percent and tax and inflation ensure that your savings continue on a linear scale which is slighly lower than the rate you are adding money? What you should be telling the nearest school or your niece, nephew, grandson, God daughter etc is to get in debt as much as you can, because if you get into debt big enough the government bails you out.

Or if they are considering a criminal career - banking is the way to go.

Amanda if you wish to get up to speed on how Australia's financial system works I can highly recommend you read Boganomics. It's a book that pulls apart the rationale behind the great Aussie CUB and how to market to them (and avoid them LOL). It's from the wonderful people who bought us our favorite aussie website www.thingsboganslike.com.

The book is well worth a read. One of the better economics texts I've read recently :-)

Thanks for the education. I am trying to think of the equivalent in North Americanspeak & culture.

For me it conjures images from the movie Fubar or Trailer Park Boys but these boys definitely ain't cashed up.

You're welcome. Great youtube link - I'll probably get told off for watching that at work :-)

FUBAR seems like the oldschool Antipodean Bogan - the kind you can still see at Bathurst every year. CUBs are a bit more advanced in their attempts at social interaction and personal advancement. I'm not sure there is a US or Canadian equivalent.

Please note: The examples used in podcast are illustrative only and do not account for inflation or tax.

Or for a finite planet.

i recieved a booklet from the anz recently and guess what?

from october they will be offering compounding interest.

a bit late i think others have been doing it for years.

Ivan, in my experience the kind of people who moan about not having anything are the kind of people who would not be happy even if they had everything. I tend to refer to such people as Lotto People i.e. the people who (erroneously) think that if they won Lotto they would be happy. Too stupid to realise that they are the reason for their unhappiness, and unfortunately doomed to not ever have sufficient money to allow them to make that realisation for themselves.

What makes Gina's comments so galling is that she didn't work hard to get where she is today - if Lang hadn't left her with 75 mill and the mineral rights to half of West Australia she would just be another lower socioeconomic aussie ranting about the team she dislikes in the V8 supercars and whether the Blues are better than the Reds.

In other words, the same as the people she is denigrating.

it's a truism that happy people don't buy lotto tickets. I get given them as gifts occasionally and just throw them away. As a general rule once I hear someone trot out the 'when I win Lotto...' line I use that wasted moment in time to file them in my 'ignore and hope they go away' category...

Eventually, they would get so sick of that bullsh*t and fire me.

Then, I'd get two checks: unemployment and lottery. Who winnin'?

Not to defend Rinehart's ignorant pearl-rattling in any way, but she may be being misunderstood.

In the US, the "middle class" is the equivalent of what we would deem to be "working class" i.e. unskilled workers and low-income beneficiaries.    Australia is more prone to adopting americanisms, so she might not be referring to the middle classes, as we understand them.   Doesn't make what she said OK, though.

Not a good example Ivan. Does one assume you have worked for all you have got?. Gina Rhinehart inherited her wealth. She has never "earned" one red cent of it. The income she does derive is from royalties received from RIO who do all the work. Mining one of her fathers tenements shared with RIO on a 50/50 basis. The only work that is attributed to her is trying to bring the "Roy Hill Mine" on stream which is now in trouble. Will probably be mothballed.

Yes, but the fact she inherited wealth does not, in or of itself, invalidate her comments.

She may be incorrect in what she says, (I haven't watched the video) but the reason or reasons for her being incorrect have nothing to do with her personal financial state or how she arrived at it.

Certainly you can work hard and still be poor.  But conversely people who start from nothing and do well (materially) don't get to that place through the well worn path of smoke, drink, drugs, entitlement and laziness.

Don't knock the well-worn path of drinks and drugs, Ralph. That well travelled path got me where I am today :-)

Well it's alright for you billionaires!

You should watch her press conference. It's all about politics. She is opposed to the MRRT. She is complaining about the high cost of doing business in Australia. She has applied for and been given approval to bring in 1400 overseas workers (Philipinos) on 457 work visas to bring the "Roy Hill Mine" into production. She then goes on to justify her tirade with the example of Africans working in African mines for $2 per day. Try telling them to "work harder". How do you save and grow rich on $2 per day. You should watch it.

Rich people do things differently - there are no secrets. People have inherited fortunes and lost the lot simply because they don't have the necessary mindset. Lotto winners frequently lose all their winnings in a very short time-space for the same reasons.

Some people wrap themselves in cottonwool and will not challenge themselves to get outside the box and do things differently and then they complain about their lot in life.  It is everyone's fault but theirs.  Well hello.......who was taking all the action?........did they ever monitor that action?.........did the action get them the desired result?..........If not why not?

Good on Gina Rinehart for confronting the establishment for what she sees as an impediment to her business........Its better than sitting down and giving up.

Interesting that the only reason you take notice of what she says is because she's rich.

3. Pat on the back for the RB to get into social media. I gave them some feedback saying it was a good start but it's compound interest on the debt that is the killer for most people and that had only a brief mention towards the end.

I asked them for a simple 3 min explanation on how the banking system works. That might take a bit longer!

I was going to make a joke around the words 'get up in the morning' and nocturnal penile tumescence, but I decided against it