Tax man could pour cold water on Block TV show winners' party and profits. Terry Baucher says those looking to make a quick buck on a 'do up job' should take heed.

Tax man could pour cold water on Block TV show winners' party and profits. Terry Baucher says those looking to make a quick buck on a 'do up job' should take heed. 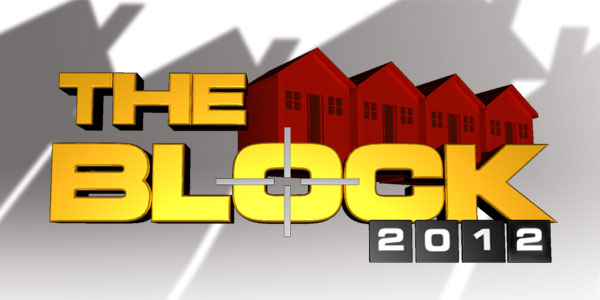 From my office I can see the four houses used in The Block NZ.  I enjoyed the show with its simple premise and likeable contestants all fronted by the highly opinionated, slightly manic but rather endearing Mark Richardson.  However, being a tax tragic I couldn’t help thinking: “what are the tax implications?”  I wasn’t the only one; last Saturday a professional curmudgeon wrote to the New Zealand Herald pointing out (rather too gleefully for my liking) that the profits realised were surely taxable.

But does that mean that the contestants are liable?  Probably not, because according to the titles a company is registered as the owner of the properties.  (It’s possible the company might be holding the properties on trust for the contestants which would change matters, but without further information that’s not possible to determine at this point).

The sale of the properties isn’t the end of the income tax issues for the vendor as there is one potential further income tax hook which could arise several years down the track: the “associated persons” provisions.   These provisions are designed to catch a developer, builder, or dealer in land who sells land through an “associated person” such as another company, trust or relative.

Following changes made in October 2009, the associated persons’ provisions are now so comprehensive that any attempt to create a non-associated entity is virtually impossible without falling foul of the Income Tax Act’s anti-avoidance provisions. (Trust me you really don’t want to go there).  In effect, they impose a capital gains tax on all the associates of a developer, builder, or dealer in land.  It is entirely possible that the IRD would seek to classify the entity which sold the various Block properties as a developer, builder or dealer in land.

If that happens, then anyone “associated” with the The Block owning entity, such as a shareholder, who bought an investment property during the time the programme was running, would be liable for income tax on any gains if they subsequently sell that property within ten years of acquiring it.  The associated persons’ provisions are one of the biggest booby traps in the Income Tax Act and anyone getting involved in property needs to have a full understanding of their implications.  In my experience many don’t.

What about GST?  Again, this is reasonably straight-forward: the Block owning entity would be required to register as it is carrying on a “taxable activity” of property renovation and its turnover would be expected to exceed the $60,000 GST threshold. The vendor would therefore be required to return GST of 3/23rds on the auction proceeds.  The one exception would be if a property was sold to another GST registered entity which didn’t intend to use the property as a principal place of residence.  In such an instance the sale would be zero-rated for GST purposes.

So if the contestants didn’t sell the properties, as appears to be the case, does that mean they’re off the hook?  Possibly not.  The general rule is that prizes are not taxable unless they are related to services provided (usually in an employment capacity). This is where it gets interesting.

Each couple on The Block stood to keep the profits of sale of the property they renovated with a further $80,000 on offer for the couple who realised the largest profit.   Quite apart from working very hard on renovating the properties, all of the contestants have appeared in various television and print advertisements for sponsors of the show.  In that context it’s not difficult to see a clear link between the prize money and services provided.

On that basis the “winnings” of Libby and Ben, Sarah and Richard and Ginny and Rhys are probably subject to income tax.  Furthermore Libby and Ben and Sarah and Richard may also have GST issues because their “turnover” exceeded the $60,000 threshold for GST registration.  As for Rachel and Tyson they didn’t “earn” anything because the $11,000 they subsequently received was in the form of gifts from unrelated parties.

Their situation is similar to that of Bobby Moore who received £1,000 from an unrelated third party after England won the football World Cup in 1966.  The payment was ruled to be non-taxable.  In a typically generous gesture Rachel and Tyson have pledged to donate to charities any amounts received in excess of $11,000.  In theory they could claim a rebate for those charitable donations but I would be surprised if they did.

The IRD’s Takapuna office also has a good view of The Block’s properties so you can be sure the staff there (which includes a sizeable investigations unit), will have watched The Block with interest.  Undoubtedly they will also take a look at the next tax returns for everyone involved in The Block.

The contestants might also want to keep in mind the story of Richard Hatch who won US$1 million in the first ever series of Survivor.   Five years later, in 2006, he was jailed for a series of tax evasion offences which included non-payment of the tax due on his Survivor winnings.   Television is indeed a cruel mistress.

Terry I think life you be much simpler for you, and much enhanced, by turning the television off!

Without trying to be a grinch, surely IRD have no better opportunity to use this show as an opportunity to clarify the tax implications for individuals, companies or trusts of flipping real estate.

It made good TV and no doubt many property mad kiwis would rail against the temerity of the IRD of taxing these hard working, enterprising young people but shows like this contribute to the euphoria surrounding property and renovating for capital gain, and the misapprehension that it can be tax free.

The IRD wouldnt I think have any choice, its the law they collect all due tax, hard working or not. "Property mad" indeed....thats obvious...
regards

They should have probably discussed tax on the program. as it is part of buying a house, doing it up and selling it. But I pressuem that the TV company running the program would be paying the tax (so I hope they do), as I pressume they were the legal owners. I would doubt the winners would be paying tax, as the money they made was a 'prize', which I pressume was after tax.

Terry has gone a bit over the top with this article.

There is no way the contestants ever owned or had an interest in the development.

It's actually debatable whether the production company was even a developer.  It's taxable activity is certainly as a tv producer, which of course still means that any profit from the sales would be taxable but also any loss also deductible.

It is likely that the production made an actual loss on the development itself - they paid just over $650k each and spent over $400k each (although some would have been sponsorship) then sold at an average of $850k ie at a significant loss.

Any "profit" made above "reserve" price was a prize so was an expense for the production company.

As they are experienced tv producers who have given large prizes away on previous tv series, I expect they have given the contestants a good understanding of the tax implications of the prizes.

I am not sure of tax implications for prizes, but a "prize" would possibly be considered a gift which as we no longer have gift duty would be tax free.  However this would mean the prizes could not be a tax deduction for the production company.  But I'm sure the production company know what they are doing.

Oh dear, I can just picture TV Production companies sprouting up all over the country now.......

"Terry has gone a bit over the top with this article"
May pay to actual READ the articule rather tha skim it
"However, being a tax tragic I couldn’t help thinking: “what are the tax implications?........Rather complicated as it turns out.  And just as The Block NZ was a good illustration of many of the do’s and don’ts of renovation, the tax implications involved should give anyone contemplating a “quick do-up” for sale pause for thought."