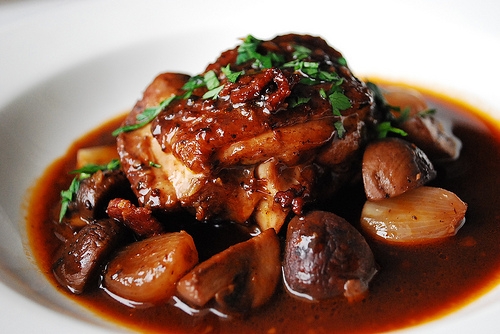 I can recall a lot of time spent in the school yard skipping rope as a kid. We had a number of songs to go with, one of them was called "Oranges and Lemons." Here's the lyrics:

Oranges and lemons,
Say the bells of St. Clement's.

You owe me five farthings,
Say the bells of St. Martin's.

When will you pay me?
Say the bells of Old Bailey.

When I grow rich,
Say the bells of Shoreditch.

When will that be?
Say the bells of Stepney.

I do not know,
Says the great bell of Bow.

The old nursery rhyme sprang to mind this morning while I was thinking about managed funds. No, it wasn't the reference to the decapitation (although I do worry about that kind of ending with New Zealand Super) but rather the fruit part. When it comes to fund performance you'll often hear of apples to apples comparison versus apples to oranges. What the geeks are referring to here is asset allocation and fund types. Because the asset allocation between a conservative and a growth fund is so starkly different, you can't, for example, look at the performance of say Milford Asset Management's Active Growth fund (which has returned 11.3% p.a. (after fees and tax) since inception with an AMP default fund which has returned 3.8% per annum over five years - after fees but before tax.

And speaking of apples and oranges, I'm also struck between the differences in fund preference and selection here in NZ and in Australia. The two really couldn't be any more different could they?

Across the pond, the default setting for superannuation funds is growth funds, which have the highest weighting of equities. Here, our default selection is plainer than plain vanilla, or rather more conservative than conservative with the highest weighting of cash and fixed interest. Around one quarter of the 2 million KiwiSavers are in default funds. Outside of the defaulters, around 30% and in conservative funds, 31% in growth and 30% in balanced. (See more on fund types here).

By design or luck, this has proven a good thing for all those KiwiSavers languishing in default funds which have, on average, outperformed all other category of funds through what's been billed as one of the worst times for markets since the Great Depression.

According to this Age piece, by  Vita Palestrant, Australian balanced funds (a mixture of growth and conservative) have only just recently climbed back up to what they were back in 2007 when the proverbial hit the fan. The evidence is that over longer periods of time, funds with a higher allocation of equities will outperform those lower risk funds with more cash and fixed interest although that's cold comfort for someone close to retirement age, (who remains in a growth fund), if the markets go sideways just at the time they want access to their funds.

For this reason, industry folks here in New Zealand have been trying to persuade the Government to restructure the system such that default funds are converted into life stages type funds, where asset allocation changes according to age. So the older and closer you get to retirement, the higher the proportion of cash and fixed interest held in a portfolio. And conversely, the younger the KiwiSaver, the more risky the fund and therefore more equities and growth type assets held. David Chaplin reports on the possible overhaul here.

Speaking of the great rivalry, I do often hear about the competitive advantage of our Australian neighbour with respect to higher wages.  While we may never be able to successfully compete with a nation six times as big as ours (in population) when it comes to stock options and fat pay packets etc, there's other incentives to keep talent and skill domiciled here. Moneytalknews.com looks at some of the perks that are doing it for those creatively minded folks who aren't necessarily chasing the mighty dollar.

I just know you want an office dog David?

Remember Julia Child, the grande dame of cooking who preceded the likes of Nigella Lawson and Jamie Oliver. Julia might be best known for her prowess with the roux sauce and coq au vin, however her crowning achievements really have more to do with off the shelf ingredients. This lovely little blog from Getrichslowly.org shares Julia's recipe for success. Print it off and post it on your fridge or cook book.

Stress testing is a bit of a cliche these days and popular with everyone including the banks. But actually there's good reason to scenario plan for various events not the least of which is a financial misfortune. Monevator, in his latest blog, looks at new methods to stress test your retirement savings and how they would hold up under say GFC part two.

Just in case you were dying to know how the super rich maintained and built their fortunes? This article from the millionairecorner.com details the top three criteria that drive their strategy. They relate to level of risk, diversification and tax.

Have a great weekend all.

#1 I remember Oranges and Lemons from school as well. Nice one finding the whole thing.

Small Friday Factoid: you aren't a true Cockney if you weren't born within the sound of the Bow bells.

#2 It is mostly the money - you can double your income (in NZD) just by popping over the Tasman. Of course the subsidised cafe, Rostered Day Off once a month, 7 hour work day, 18 'personal' days a year, 17% super contribution, and no-one minding if you pop out to the gym at 3pm for an hour all help too.

Much as I love NZ, I haven't had it this good since I worked in London. With better weather!

Wow. I better dust off my  resume forthwith. Where do I send it?

Don't get me started with the weather Stan. I"m trying to make peace with four seasons in a half an hour here in Auckland.

Must admit I'd be challenged to find enthusiasm for watching paint dry too unless of course I owned the company that made it.

Bask in the Sydney sun, sure, but send some our way this weekend will ya!

The Aussie climate is better, I have to say. I had plenty of years of that Auckland 4 seasons in one day weather - it can be annoying.

See that's where a stint in Wellington is good for the soul - whenever it's a bit crappy here (it does happen) and it's getting us down, someone will pipe up and go 'hey, it could be worse, we could be in Wellington!', and that cheers us up immensely!

OMG I feel a Monty Python moment coming on..

#3 The comment from Kaitlen (number 2) at the bottom of the Julia Childs article is priceless!

So um, Amanda, how does Kaitlens job tie in with doing something you love exactly? (she watches paint dry - literally LOL)

This is not strictly related to the topic today but I have to share this sorry tale...  I have been trying to make contact with the new improved National/ANZ over the last week/s, reason being is I want to invest some money with them.

1.  Emailed, explained what I wanted and they said replied saying they would have someone call me - no one did.

2.  Rang them this time, explained what I wanted and they put me through to someone's voicemail and I left a message asking them to call me back - heard nothing.

3.  Rang yet again, explained yet again what I wanted and asked to speak to someone - no one available, said they would get someone to ring me back, no one did.

4.  Repeated step three and believe it or not the next day someone did call me back - however they couldn't help and promised to get someone to ring me back.

5.  By this time I had wised up to their game and specified the date and time I would like someone to call me, but yet again I have heard nothing.

Instead of spending hundreds of thousands of dollars on fancy advertising reassuring National bank customers that nothing will change, complete with mornonic mentalist and barking dogs I would far rather they actually got on with the job of dealing with their customers in a timely manner with some semblance of customer service...

6.  Ringing other banks and expoloring options - already they are miles ahead in terms of respect, service and personality!