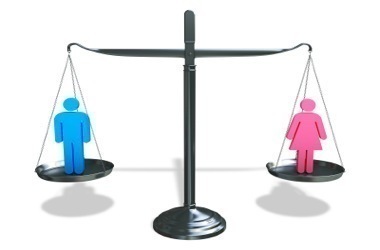 Sometimes I wonder if I have fallen into a time warp. For instance, it's 2012 and yet there remains a 9% pay gap between the sexes. The United Nations has urged New Zealand to do more to close its gap. According to a Income Survey published last month, the inequity scales have moved slightly; to 9.3% from 9.6%. Big whoop. The reasons for the pay gap are multi-factorial having to do with the type of jobs women are represented in, part-time employment, child-rearing, and discriminatory remuneration meted out by employers. Women themselves have to take some of the blame too because when it comes to negotiating salary and benefits and pay raises, they tend to do a lousy job. (For more analysis see this TV3 interview with the head of the National Council for Women of New Zealand).

Some new research, published on the Freakeconomics website here  suggests a possible way to overcome the pay gap is by making it better known that it's up for negotiation in the first instance. Researcher John List (and co-author Andreas Leibbrandt) discovered that men tend to excel at getting a better deal for themselves in an environment where remuneration is rather ambiguous. Where it's better known just what the score is when it comes to payment, and climbing the rungs, the gap appears to close.

By using a natural field experiment that randomises nearly 2,500 job-seekers into jobs that vary important details of the labour contract, we are able to observe both the nature of sorting and the extent of salary negotiations. We observe interesting data patterns. For example, we find that when there is no explicit statement that wages are negotiable, men are more likely to negotiate than women. However, when we explicitly mention the possibility that wages are negotiable, this difference disappears, and even tends to reverse. In terms of sorting, we find that men in contrast to women prefer job environments where the “rules of wage determination” are ambiguous. This leads to the gender gap being much more pronounced in jobs that leave negotiation of wage ambiguous.

What are you waiting for woman?

Well, I thought I'd seen the height of excess when I saw the Victoria secret $2 million jewel encrusted bra. This one might take the cake:  Sberbank, a bank in Kazakhstan, is offering its top 100 customers a solid gold credit card, embedded with pearls and diamonds. The Visa Infinity card (which contains 26 diamonds with a total weight of 0.17 karats) won't be given out as a freebie to the high spenders. The bank is charging US$100K, $65K of which pays for the cost of the card, which as it turns out is purely ornamental. Because it doesn't come with a magnetic strip, users have to carry a replicate that works. For the privilege of carting around the wafer thin status symbol, users will also be charged a $2,000 a year fee. Pass.

Speaking of excess. I picked up an interesting book from the library this week by philosopher Michael Sandal called "What Money Can't Buy; The Moral Limits of the Markets.'' (See this review by The Atlantic).

I've only just cracked it but Sandal, to show just how morally depraved humanity has become, recites a shopping list of things that really shouldn't be up for sale:

"It is time to ask wether we want to live this way,'' writes Sandal. Here, here.

Terminal cancer patient Meg Bourke of Bluff learned the hard way just how ruthless insurers can be when she was denied full payment on her life insurance policy through BNZ Life. According to Bourke, she was turned down on the grounds she didn't reveal that she'd been temporarily treated for depression 46 years earlier when she was 14. Doctors put her on anti-depressants to deal with mental trauma related to having been raped at age 10. (See more on Stuff website here). Bourke said that she didn't think it was relevant to disclose this fact to her insurer in adulthood because it was ancient history and also because she didn't think it was a major thing to be disclosed given how commonplace depression is New Zealand. A very sad outcome for Ms. Bourke who will leave behind a husband with half the life cover she had expected. Let it serve as a reminder to consumers about fully understanding the fineprint and the obligation of having to make full disclosure.

A reminder too that under the new financial services regulation consumers can take their disputes to a third party. Here's more on how to lodge a complaint through the Financial Dispute Resolution process here.

One solution to workplace productivity problems and poor moral is to shuffle the decks. Yep. Switching it up can re-ignite employees' interest in their jobs and also boost workplace moral. Done effectively, it can also bolster bottomlines.Management Today website elaborates on how to shuffle the team.

I have to think that some of this pay gap "research" is a bit pointless.

How much did tax payers stump up for these pearls?

Markets, like the rest of life, simply reveal the morals.

The best window into the soul is adversity, when the chips are down you find out what people really think.

Although some have argued laws are societies morals.  Makes no sense to me at all but there you go.

Here's one for the weekend laughs...
http://rollingjubilee.org/
This will not end on a happy note...believe me.