Quotable Value says average home values rose 11.6% in Auckland over last 12 months, but only up 0.8% in Wellington and 3.4% in Christchurch

Quotable Value says average home values rose 11.6% in Auckland over last 12 months, but only up 0.8% in Wellington and 3.4% in Christchurch 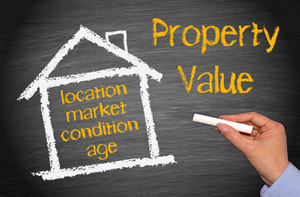 Much of that increase occurred at the end of last year, with the national average dwelling value rising 2% in the three months from November last year to January this year, while in Auckland they rose 5.1% over the same period.

"The nationwide increase in values is mainly being driven by Auckland which has seen a continued acceleration in values," QV national spokesperson Andrea Rush said.

"However, the other main cities and many provincial centres are now also showing more moderate increases in value as well.

"Following a big month of sales in December, there remains a shortage of properties listed for sale and this is continuing to put pressure on values and also on buyers, particularly in Auckland and Hamilton where many who are keen to buy cannot find a suitable property.

"Interest rates have come down again and there have been suggestions a possible lowering of the Official Cash Rate this year could make borrowing even more affordable.

"However for first home buyers, the requirement for a 20% deposit due to the LVR restrictions is still too great a hurdle for many," Rush said.

In Auckland, the biggest annual increase in housing values was in the southern suburbs of the former Auckland City boundaries, which increased in value by  14.1% in the 12 months to January, and rose 7.9% in the three months to January.

That was followed by Auckland east, where values were up 13.6% for the year and north west Manukau up 13.4%.

The lowest rate of growth was in Rodney where average values rose 7.8% in the 12 months to January.

QV valuer Daryl Taggart said sales volumes in Christchurch had increased markedly and there was a good number of homes listed for sale in the city.

""The extra supply of new homes coming on to the market coupled with a higher number of homes seeing earthquake damage repairs completed, is now impacting on the upward pressure on values as demand balances with supply," he said.

"The result is we are no longer seeing home values increasing at the same rate they were 12 to 18 months ago."

Incredible that Auckland prices increased by so much in the November, December and January months where prices are typically flat or going backwards.  Looks like Auckland prices will be another 100K higher (at least) this time next year.

Auckland Housing Bubble up 11.6%
Christchurch Housing Shortage 3.4%
See the difference?
The worst part is that this comming crash is going to suck a lot of the life out of the rest of NZ, not just those stupid enough to think that house prices only go one way.

Where is the link to the supporting data?

There is no bubble.  There is a shortage of houses and the house prices will keep going up until a supply/demand can be balanced.

You mean like in Japan, UK and San Fran which crashed even though no significant supply was added.

Glad to hear it.  BS logic like that just reinforces my point :)

well I was looking for ideas and ways to make use of the supply (supply breeds demand apparently) but the hiring risk is just too high in NZ, and the margins and environment don't favour small business in NZ.   Nothing in it for the startup risk

What towns have youth unemployment at 24%?

Gisborne, Whangarei, Wanganui etc,  worse in the smaller tier towns. nationwide is in the high teens.

I am very surprised to read that.  Unemployment is very low in the South Island 3.4% so I doubt youth unemployment is that high there.  Auckland has some of the highest unemployment in NZ, where does that stand in relation to the zombie towns?

In the short term house prices will keep going up.
But the day the correction comes the bigger the fall the greater the damage to the whole of NZ.
A number of things could lower demand in Auckland, dont expect immigration to always be this high, what if they manage to build new houses?

What correction?  Check your geography - 1.2 billion people in India, 1.4 billion China, 4.5 million white South African, 100s of millions in other Asia, 64 million UK, 300 million USA,  - many are planning to immigrate to NZ via student visas, PR pathways, wealth criteria, etc.  Many are also actively buying Auckland property while still offshore for the future.
So when these all stop buying - then, yes, you can have your 'crash'.

exactly.  The rest of the world is pushing hard for a rat race, and those with cash are looking for a cheap island to buy with plenty of space to repeat the process.  Not like our government will oppose or compete with it - they're too busy trying to work out how to maximise the profit on the process

So the developing world is fixated on NZ? Wow. That's quite a remarkable claim.

Where is the data showing how many houses are being purchased by foreigners?  They are going to buy into the most overpriced housing market in the OECD?  Why exactly?