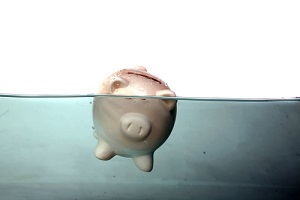 The Commerce Commission received 40% more credit-related complaints related to finance companies in 2015 than it did the previous calendar year. The Credit Contracts and Consumer Finance Amendment Act 2014 (CCCFA) took effect in June 2015.

The law change includes an update on lender responsibility principles and changes to some of the rules around disclosure. It also gives the Commerce Commission more enforcement tools and enables tougher penalties to be dished out in court.

“A similar pattern is noted in 2015 calendar year Insolvency and Trustee Service data, which identifies finance companies as claiming to be owed approximately $70 million. In comparison, trading banks, with 97% of the lending market, were claiming $235 million (approximately three times as much as finance companies),” the Commerce Commission says.

Around 40% of the complaints about finance companies were generated by seven lenders, including GE Finance, Harmoney, Aotea Finance, Avanti Finance and GE Credit Line.

“Approximately 70% of 2015 complaints about finance companies were generated by 30 lenders that were not present in 2014 complaints. The majority of these new lenders appear to be smaller, lower tier lenders,” the Commission says.

“However, initial disclosure complaints have decreased 33% from 2014. Almost all of the lenders in the 2015 complaints were not present in the 2014 complaints.”

Complaints not leading to many Insurance and Financial Services Ombudsman investigations

It is worth noting the Commerce Commission's report includes all the complaints it's received, and doesn't separate out the ones it's acted on.

The Insurance and Financial Services Ombudsman's (IFSO) 2016 annual report, released following the Commission's report, provides a bit more context around non-bank lender complaints that have actually been investigated by a third party.

It shows the Ombudsman received 245 complaint enquiries related to credit contracts, but only investigated 10.

The Banking Ombudsman's 2015 annual report doesn't provide the same breakdowns, but shows lending-related complaints made up 33% of the complaints it received.

The Commerce Commission, reporting back from annual meetings it holds with advocates who represents consumers, says: “There is near universal agreement among advocates of a debt culture in New Zealand created by easy access to credit. The use of comparatively expensive options such as payday loans and mobile traders has become a part of life for some clients of budgeting services."

“Budget advisors report that a number of clients, whose budgets are in deficit, have still been given loans which put them further into hardship.

“At the credit roundtables we were told about lenders providing top-up loans within months of a loan draw-down, consolidating loans and providing additional lending on the ‘spare repayment capacity’, and budgeting services clients having multiple simultaneous low-value loans. Some advocates noted that these practices are evident with clients whose budgets are already in deficit.

“It was reported at the credit roundtables that banks are declining hardship applications as they do not consider changing the loan repayments to a longer repay.”

It also puts consumer credit risk being calculated inconsistently in different geographic locations, in this category.

Government departments excluded, 56% of their clients’ debts (by value) were owed to 13 companies in 2015.

The table below shows the number of NZFFBS clients with debts owing to or through a range of companies, the total value of these debts and their value as a percentage of the total amount of debt.

It's not about the laws being inadequate - it's about the lack of enforcement, lack of meaningful penalties, and lack of concern for the consumer.

It's not complaints that should be reported its actionable complaints
A very very misleading report throwing companies reputations under the bus simply by association with the report - the Com Com should be thrown under the buss for misleading reporting - I think that is a FTA matter they seem to ignore
Now this from a top flight law firm
http://www.nzherald.co.nz/busi...
Spark, Harvey Norman and anyone else named and shamed should file a class action against the Com Com

You raise a fair point around the fact the Commerce Commission hasn't separated out the number of complaints it's actually acted on.

I have updated the story with newly released figures from the Insurance and Financial Services Ombudsman which provide a bit of context around this.

This is what the Commission should focus on
Lenders like Harmoney hiding the true cost of lending by charging "platform fees"
All other lenders operate under the intent of the CCCFA - i.e. to create an easily comparable market place for the consumer so lenders are forced to compete on rate and not fees.
It is unacceptable that Harmoney can get away with this blatant breach
In regards to their direct access to Paul Goldsmith
It is very disappointing that money can gain access to put undue influence on the Com Com decisions I note Harmoney have been lobbying you to ensure a favorable ruling on their fees Quite simply their process is 100% against one of the key intents of the CCCFA - i.e. to provide transparency to the consumer so they can simply compare loan offerings based on competitive rates. Fees are only to be a cost recovery. As Harmoney attempts to make a profit for their business model based largely on fees charged they are in effect making profit on fees - the consumer and Harmoney's competitors are disadvantaged by this practice.
Consumers look at the headline rate (fees to a much lesser extend) Banks and other finance companies must operate within the constraints of the CCCFA - so should Harmoney - they should make profit only on interest charged.
To rule any other way will result in unintended consequences e.g. 100's of P2P licences being issued to set up a similar scam of arrangement.

The Com Com say they do not act on an individuals complaint and have insufficient resources to prosecute many cases. Time to change either Com Coms funding or the Law so a fixed penalty - say 10 times the overcharge is mandated leaving the offender to try and demonstrate to the court the overcharge was fair - no costs against the offended however.

The Courts support the banks and finance companies. The little guy only has the Commerce Commission as a policeman and they will not accept individual complaints and seldom use the enforcement tools they were given in the CCCFA 2003. When initial disclosure was proven to be not given in the Court of Appeal and enforcement of a loan was prohibited by law the Commerce commission failed to step in and protect the consumer .. until this is remedied ANY finance company can take a borrowers property by just doing the same thing. The Commerce Commission has been captured by the lenders and their lawyers. The Commission seems to do lots of deals with the criminals instead of using the law and the criminal charges they are tasked with using by Parliament. It is no surprise complaints are up 40% .. the lenders know they can get away with charging illegal fees and stealing homes and cars etc and the only financial policemen we have are asleep on duty or will do a cheap deal for a few bucks and settle the case leaving the consumer high and dry. This is based on evidence of a real Court case and I can supply details to Interest.co.nz if required, therefore not defamatory.

If you look at the "Enforcement Register" for the Commerce Commission here: http://www.comcom.govt.nz/fair-trading/enforcement-response-register/ you will see that many of the finance companies who have been caught by the Commerce Commission breaking the law, ie the Credit Contracts and Consumer Finance Act 2003 have only been given a warning letter. Ooh .. I bet that hurts as much as a slap on the wrist with a wet bus ticket. Law breakers include Adelphi Finance, Shaw Personal Finance, Andrew Reid and Glaister Ennor who also run Norfolk Financial Management Limited and yet were treated like it was their first offence when in fact the director has been found to breach the CCCFA in the past.

This type of instance is just an example of the state of compliance in NZ were Govt passes laws but fails to resource and monitor those charged with their enforcement - REINZ - "Judge Barber" Law Society with over 600 outstanding cases and now a Rugby players getting a discharge for serious assault because it would affect his ability to earn abroad and some plonker QC defending the system on RNZ this morning because he wrongly believes that because a law says something it is right. The law must reflect public opinion, eg Hitler passed laws but later on they were found wrong - Nuremberg Trials, did not protect those guilty of what most people would consider crimes. Time for real reform or it will come with force - the French revolution and Madame Guillotine a clear example of what happens when the "Elites" stop listening.