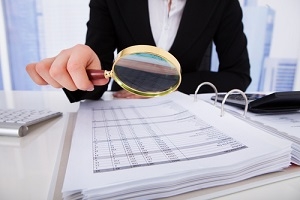 Borrowers may be paying the price for a spike in loan fraud.

“The information being provided in support of the loan is so sophisticated - so professionally produced - it would suggest that there’s more than one person behind it,” she says.

“Any kind of loan fraud affects the ability of the finance company to be able to on-lend funds and that puts up the cost of borrowing to consumers.”

McMorran says the reason for the uptick is unclear, but acknowledges improved technology, which makes it easier to forge documents, might have something to do with it.

She can’t attribute the misconduct to a certain demographic of society, and doesn’t believe people are scamming the system out of desperation.

The FSF’s members say they’re happy with their loan volumes and their arrears are low.

“It’s good quality lending. They’re not seeing the desperation that a payday lender might see, for example,” McMorran says.

What will happen when interest rates go up?

She says it’s difficult to get a sense of exactly how widespread the problem is.

“Apart from cases where there have been convictions, it’s awfully hard to tell what’s going on. You don’t necessarily know that there’s been fraud until all of the sudden there are no loan repayments and the money’s gone and you can’t recover it.

“There might be stuff bobbling away under the surface that people don’t know about.”

McMorran acknowledges that if the market turns, and the fraudsters can’t meet their repayment obligations, our financial system risks being exposed.

“If interest rates go up, which they probably will, it is going to have an impact on people for sure,” she says.

“The FSF as a body is now looking at ways in which we can facilitates more information sharing amongst our members to try to prevent instances of identity fraud or the use of fraudulent account information to verify loan affordability.”

She admits the Privacy Act makes it hard to share a lot of information, but says it would be good to share trend information within the industry at the very least.

“And when it’s reported to the police, it’s a bit like reporting your burglary at home,” McMorran says.

“There are other issues that take priority when they haven’t got enough resources to be able to fully investigate all these things. It’s part of the cost of doing business unfortunately.”

She admits that in an ideal world it would be great if the SFO was resourced to take a proactive approach towards cracking down on lower level fraud, because “ultimately it is the consumer that pays”.

When there’s a boom, there will be fraud

“Obviously we hope that by means of both the publicity around the cases that we do - talking about the cases and consequences - we alert people to issues.”

It made five mortgage fraud prosecutions in this time.

While the numbers are small, Read acknowledges the scale of the problem is larger than it’s been in the past.

“Where there are [property] booms, there’s likely to be fraud,” she says.

Read also acknowledges that if loans are being repaid, it’s unlikely any fraud will be picked up.

“Of course, that’s quite possible in a market such as the one we have in Auckland at the moment. It may be possible for someone to sell on a property at a considerable profit and therefore repay the mortgage. If that happens… any fraud may never come to light,” she says.

Asked whether she’s scared that in five or 10 years’ time, the tide will go out and a large number of mortgage fraudsters will be exposed, she says: “Potentially if the housing market loses significant value that might expose some fraud that we’re not presently aware of.

“But I would be surprised if there is fraud at the moment, which is of itself driving high prices. I think people are definitely taking advantage of the heat in the market, but I’m not aware that there’s sufficient mortgage fraud to actually drive prices.”

Read says tougher loan-to-value ratio restrictions have the potential to dampen mortgage fraud, as they require applicants to have higher deposits - IE 40% for an investment property.

Once Phase 2 of the changes to the Anti-Money Laundering Act are implemented, this should help too.

“The use of a false name is much harder when you’ve got to comply with AML provisions, and if the real estate agent, the bank and lawyer all have to comply with them, there’s a much greater chance of those falsehoods being found out,” Read says.

Migrant banking departments at major banks have been hit hard by fraudsters, sometimes they are in on it too!

Entire teams have been sacked.

Yes - some of the anecdotes we have heard around this are pretty startling. Interest.co.nz in June put some questions to the banks about mortgage fraud and migrant banking. Have a look at their responses...

We have also done a piece explaining how house flipping can be used to rort the RBNZ restrictions on high LVR mortgages, which you may be interested in too.

But no bubble here. Nuh-uh.

It would be very interesting to get reported numbers of fraudulent applications that have been picked up but not settled across the sector, together with those that have resulted in losses. I suspect the first category would be in the $b, the second category may hit $100m. Although indicvidually the amounts may be small, in total the SFO cannot ignore the problem.

You are right Kane. It's difficult to get a clear picture of the extent of the problem, as the SFO only looks at major cases. I have made an Official Information Act request with the police to get some data around mortgage fraud complaints / prosecutions in particular, but have been warned the data may not be as "detailed" as requested.

I am aware most banks/finance coys store data in a fraud dBase. Veda was also piloting a scheme as a separate exercise - not sure where thats at. Veda have also published reports in the past where up to 100,000 aliases exist on their bureau. Some are probably legit ie maiden/married names but others are straight out fraud. They may have tidied up this however suspect not.

Thanks Kane. Good tips. I have been in touch with Veda on this, but will ask about this scheme it piloted more specifically. It would be ideal if we could somehow get data from banks / finance companies.

most are likely binned I suspect. There are a number of ways applicants try and wrought the system, and a good lender will be well aware of these. Some frauds are reasonably sophisticated. however my experience is that most are not. Finance companies wont publish these instances for obvious reasons, and as the identity of the recipient are not able to be verified they wont be passed on to the authorities. It surprises me that the SFO or some other government agency has not set up a repository to collect this data, cross reference and prosecute where they have enough evidence to do so.

I trust bank officers understand that it is not simply applicants that can commit fraud
Accounting control fraud is when an officer of a lending institution ignores lies or fails to properly verify applications.