In 2016, having the lowest mortgage rates was no path to market share success. The big banks learned where the sweet spot was above their price-fighting rivals

In 2016, having the lowest mortgage rates was no path to market share success. The big banks learned where the sweet spot was above their price-fighting rivals 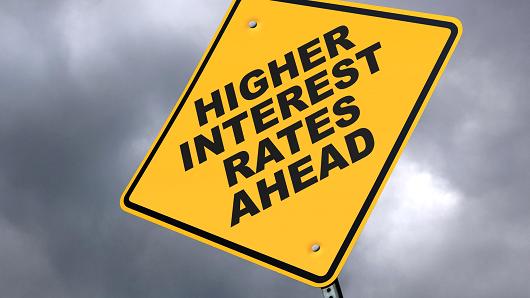 So it is a good time to review what happened in 2016 with mortgage rates.

One big question for many borrowers is whether it is wise to stay with a main bank. Are they competitive?

It is a question that is more relevant these days as banks move to protect and raise margins and seem to be moving away from building market share.

It is an especially relevant question for borrowers with our largest mortgage bank, ANZ. They seem to end the year with the highest carded rates and have had that position for some time. When fixed mortgages are a commodity, ,why do so many borrowers pay top market interest rates for their home loan?

Is the 'premium' they pay a main bank immaterial, or worth it in some other way? Apparently it is, because ANZ was the only main bank to increase its mortgage lending exposure relative to all its other lending.

Most New Zealand banks qualify for the label 'mortgage banks' - the exception being the BNZ. Most bank loans are mortgages, reflecting the dominance of residential property in the New Zealand economy. Here is the latest RBNZ data:

Looking at the popular 2 year fixed rates as a way to assess how things have changed, the main banks ended 2016 with rates higher than when they started, at 4.50% compared with 4.44% at the start.

The challenger banks however became more rate competitive, ending almost exactly where they started and -6 bps lower on average than the main banks.

But these averages mask some fairly substantial variations.

ANZ had carded rates an average of +26 bps more than the 'best rate' over the year. ASB had +22 bps higher carded rates on the same basis. For BNZ it was the same +22 bps premium. For Kiwibank it was +16 bps, and for Westpac it was a +20 bps premium.

Second-tier banks have very low market shares, and low rate offers seems to move the market very little. (Having said that, it should also be noted that the challenger banks do not have the capital capacilty to handle any significant market share shift their way.)

In terms of overall price competitiveness, here is how these banks positioned themselves on average over all of 2016, and at the end of the year.

A mortgage may be a 'commodity' these days but price (as represented by carded rates) doesn't seem to change the borrower's choice of bank.

Given HSBC offers were out of reach for many as a premium product, is it fair to compare? Not sure thats apples with apples... but was a sharp rate, thats for sure. But a smaller bank than co op in terms of mortgage book.

And Just the 1term, not a weighted average? Shows a clear drive by challenger banks with smaller footprints to go hard on price! 2017 will be an interesting year with all the rate volatility in global post trump markets.

The big banks tend to be willing to negotiate below their carded rate. Co-op & SBS stuck to them like glue.

Most of the large banks would negotiate right down to the lower rates this year... until the past few months. The squeeze is now on. After being given at rollover 4.20% for 1 year fixed in Sept, for a Dec rollover I was offered 4.45% for the same term. I had to take another bank product to get the 4.20% again. I have never seen this type of margin grab over the past 25 years.

Steeneveld be careful. Anyone focused at the moment upon getting the slickest 1yr rate has totally missed the sea change that has undoubedly occurred in Q4 2016 - its the equivalent of someone standing on the beach watching the ripples around your feet and totally missing the tsunami bearing down upon that same beach.

Grant A; I see your point, I thought long and hard about what term to fix. 5 years was very attractive when it's clear to see ratesare on the way up, but I didn't go for 5 years because of the break fees, should I sell a property. I was fixed 2 years previously and I really regretted it, 2 years is too far ahead to forecast but not long enough to give real security.
The reason I chose to fix 1 year is because of the flexibility it offers at a huge discount to floating. 2017 is extremely difficult to forecast, (I for one don't buy the Feds raising rates 3 x). If things change quickly, I can break my loans and pay a small penalty and fix for whatever period I choose. I also have my various loan renewals staggered over the year.

Break fees generally apply if the wholesale rate at date of drawdown is greater than what it is on the date you break. If swap/wholesale rates are on the way up for a given term the reverse would be likely be true, especially if they were rising from historical lows, and you'd unlikely be exposed to any significant break fee if you kept your eye on the swaps.

Yvil - I'd agree that 1yr is smarter than floating because of that gap, to me 1yr is the equivalent of floating - problem is that means youre floating at the likely bottom of a rate cycle that took rates globally to the lowest levels in recorded financial history. Yes more complicated if you think that you may look to sell within say 5yrs, but r-mc is correct, any break costs are determined primilarily by the difference in swaps rates between when you fixed and when you break - that could be nothing, but of course you can't guarantee that. Its really a case of what type of risk do you want to take, go short, not sell and later get run over. Go long, sell and incur some possible break cost.

As regards the Fed, three hikes seems about right to me as a snapshot of risks as we know them currently. If Trump doesnt or can't follow through in the first half of 2017 on what he states he wants to do, then it could well be less, but what you have to be very wary of is that Yellen stated that some of the Feed Govnrs, including herself, made little allowance for Trump policies in their "dot plot" forecasts of three hikes. If Trump is able to get his spending plans, tax reforms, etc through Congress most informed commenatators suggests there's more upside than three hikes (and remember that the market only has two priced in last time I looked).

The real danger here is to get fixated on recent history and presume that rates can only go up slowly and modestly - the bigger picture is rates can and do often go much higher and faster than expected, and most importantly, are designed to hurt and change behaviour - the plan is not to be one of those hurt.

I got 3 of my mortgages renewed 12 months fixed for 4.19% in Decemberr with ANZ. (I am a long standing customer of ANZ with many mortgages)

Mortgage rates have to go up to reflect the current cost of funding which has risen dramatically since September.

Thank you for a great article David, much appreciated. May I point out a gripe I have with quite a few of your headlines on the main page, I think they are often misleading. In this instance it is the photo with the words "HIGHER INTEREST RATES AHEAD". The article is great but it does NOT deal with interest rates forecast at all, it reviews rates of the year gone by. I still love your site and articles, thank you

Some of the banks (HSBC, TSB, SBS) could write any number they wanted on their rates page because when they are market leading they don't offer a cash incentive toward refinance costs. When you do the calculations it rarely works out. On the basis that they'll often offer you cash at 1% of lending Kiwibank and BNZ have probably been most aggressive this year.

Kiwibank and Co-Op have a lot of eggs in one basket betting almost everything on property lending. You might have thought they would put more emphasis on diversification to mitigate risk.

Australia's banks could be facing further dividend cuts and could be forced to raise capital if new Basel rules prove to be tougher than expected.