Elizabeth Kerr tried the sensible, frugal and weird savings tips that you sent her a year ago and owns up to how they worked out for her

Elizabeth Kerr tried the sensible, frugal and weird savings tips that you sent her a year ago and owns up to how they worked out for her 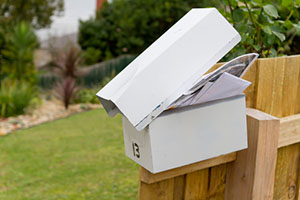 Some great ideas from a full letterbox
Image sourced from Shutterstock.com

What better way to begin a New Year than by naval gazing at what I said I’d do last year.

I’m sure I wrote something to the effect of “this year there will be no major changes.” And for 10 months that’s exactly what happened – we bumbled along doing our thing. Saving, spending and investing accordingly…..aaannnnd then we moved to .

But before we get onto how that all came about lets review the frugal tips and tricks you had emailed me and that I promised to try for the year.

This was much easier to pull of than initially thought.  has but one season to dress for – winter.

For 12 months I lived in a few motherhood staples supported by a woolly hat, a decent jacket and old running clothes. I managed to personally get all the way to July thanks to living near a swish 2nd hand shop and hand-me-over’s from my neighbour. Subsequent purchases were made very deliberately.

Clothes did start to get a bit dull after awhile and thus this year I’m focussed more on quality items which will handle more frequent washing (which pretty much takes out 90% of most clothing retailers here). I never found myself naked so not a bad goal to have had.

It certainly got me thinking about what was necessary and what was just for frills.

This worked surprisingly better than I thought it would for us. The kids watched less screen time and I went back to uni. But we only lasted until Easter.

It was a cold rainy day and the kids were doing our heads in. Hubby took them to the DVD store whilst I made up some story about how Santa needed to get back to the workshop and voila – it was back in our lounge. (Ironically just in time for Game of Thrones to start).

Nope, the closest I got to this was “I’ll mind your kids Tuesday if you can take mine Friday.  No TV - into jet ski - into luxury holiday home.   I kept my ear close to the ground for an opportunity but no one even mentioned it.   Has bartering died?

The real money savings didn’t kick in until I decided I wanted to be vegan and since I do the cooking everyone is having less meat and processed foods.

But saving money is the last reason someone would go vegan because, regardless of all the benefits it is a giant pain in the arse some of the time.

This was done early in 2016 and we stripped off about $1200 in premiums.   A recent review upon moving to has stripped it back more and made some insurance redundant.

While I personally didn’t hustle at all I loved all your side hustles in the comments section last year and am now the owner of ‘Jack Feels Big’ and a stunning water colour painting. There are some wonderfully talented people in the interest.co.nz community and I am so pleased you all wrote in and shared your ideas with me.

What was I thinking?  This was an epic fail and took some time to recover from. However not to be discouraged I tried a variety of products until I settled on a shampoo soap bar from Ethique.co.nz based in .   I think their deodorant bar is the amazing. (They are having a sale this week by the way, but you don’t shop just for sales do you?)

Our tenant didn’t move out so I never got a chance to try this BUT I did stay in an AirBnB apartment in .  It was perfect, comfortable and saved us a small fortune compared to a hotel.

Did it once and it was okay.   Though I still have scissor anxiety and prefer a hairdresser to do it.   However, there are so many good resources on the net that if you’re confident then you could easily pull this off without anyone knowing.

We actually had a chance to do this when my husband had time off between jobs.

It’s not the same as true retirement I know … but two really big things stuck out at me during this time.

1. With our kids being so young and still in school we have natural boundaries around how we spend our time so we’re not exactly taking spontaneous holidays on a whim, and

2. Part of our plan is to sell down our assets and move them into more conservative investments.  In a growth market this is really hard to do.  “No its okay I don’t want any more gains on that asset” said no one ever.

So that was 2016 and although your tips didn’t all work for me I would still say that they weren’t a total waste of time, so thanks for writing in and sharing them.

Our family home now consists of 55 square metres in city and I love every inch of it and the freedom it provides.

It’s hands down the most frugal decision we’ve ever made, and while it has come with some raised eyebrows from nearest and dearest, so far it’s been a raving success.

Barter died 5000 years ago. Swapping things on credit would work.

Minimalism is a good project to work on. Not filling your life and consciousness up with clutter is very effective. I don't know that I could ever go back to living in 40-55 square meters ever again myself.

Swapping things on credit, I think that has been thought of a while back as well, even has its own name - money

The money is there so you don't have to remember that, especially if you have several bags of flour from several different people, it also helps if you have half a cow to trade and wheelbarrow has a flattie. The trouble with money is that is has become commoditized, it shouldn't be.

4 ppl in 55 sqm? Bunks in kids room? You should watch all the USA programs on HGTV about tiny houses, it's a major trend over there. Love all the genius space saving ideas. Taking these ideas into a cbd apartment has got to be the ultimate in frugal living, saving time and money. Well played

Bunks...??... oh no no no.... room for bunks would be a luxury. Until some very clever renovations take place later in the year the kids are on cosy Japanese futon mattresses on the floor.

Love love Tiny House Nation on HGTV or YouTube. Some very talented ideas on that show. One thing I've learned so far is that it's a good idea to live in the small space before spending on expensive bespoke storage/dining designs. I've pretty much scrapped the original plans since moving in and realizing some things are not worth giving up the precious space for.

Based on your progress, I give your report card a C- Must try harder :)

At the risk of sounding pedantic, housing was not part of the report card, just a humblebrag on the end. Much kudos to Elizabeth and family if they can make 55 square metres of minimalism work for them.

Cool to see my side hustle (www.JackFeelsBig.nz) feature! I hope you're liking it!

Its an evening favorite in two homes that i know of. Can i interest you in a joint venture for financial education books in the same vein?

I didn't see your reply until just now! That's a great idea! You can get me at adam@jackfeelsbig.nz, I'd love to talk more about it!

The Westpac CashNav App is quite good for laying a typical spending baseline, then sends you alerts on each spending transaction, whether above or below. Also categorises & charts. Shows how ' push' technology can monitor/modify behaviour more easily.

I find the app to be useless. You spent more today than usual! Well that'll be my fortnightly mortgage payment going out.

Excel still rules my life :) I find Apps typically tell me where/how i've been spending money in the past but not how I plan to spend it into the future.

Yay! Elizabeth is back!!! ...aaannnnd welcome to Auckland!

Thank you. Auckland is awesome so far. In my wildest imagination I did not think the transition would be this smooth or exciting.

We managed to get our annual costs down to about $30k per year, by pretty much doing what you are doing, and I'd say our achievement list looks very similar to yours. Things like putting in LED lightbulbs, are a pretty good investment too, but really there are many small simple ways like that to help cut costs. If your living costs are $80k per year it's easy to trim some fat and get them down to $40-50k per year, which is going to give you an extra $30-40k per year to invest, but once you get down to about that, the gains from being frugal start to become more of a strain than a gain. That is my experience anyway, I ended up deciding to boost my income by working from home online, it was actually easy once I took a course and learned how

Welcome to Auckland Elizabeth. We moved here a few years ago and love it! If you want some ideas for cheap/free activity/outings ideas for the kids/family around Auckland, let us know....

In respect to Airbnb - you might want to consider to 'shouting' free holiday somewhere for the tenant/boarder/family, and rent your property out for any events e.g. the Lions coming up. For example, rent a cabin at Waipu Cove for $240/night and rent your place out for $500+ a night (or whatever you think you can get).... you get the idea - watch out 'though, you might get addicted to it.

Someone I know ended up converting a shed at the back of their place and lived in there while renting out the house over Christmas/New years - took a bit of negotiation initially ... but soon put up with the inconvenience when all the cash came flooding in....

So pleased you are back writing Elizabeth! Small houses are very much on my mind at the moment too. Have you all found https://smallhousebliss.com AND https://www.tumbleweedhouses.com ?