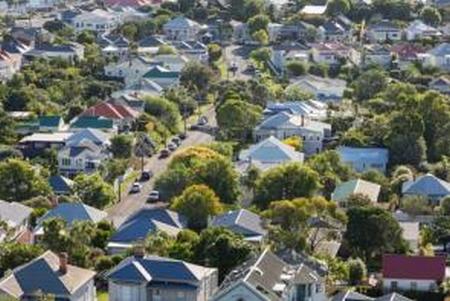 The following is a press release from Statistics New Zealand.

The average annual household income has risen 41 percent since 2008, up more than twice the rate of inflation, Stats NZ said today.

From 2008, the average annual household income rose just over $30,000 (41 percent), to reach $105,719 (before tax) in 2018. Over the same period, average annual housing costs increased 43 percent, from $11,967 to $17,122, according to the latest household income and housing-cost statistics. Inflation as measured by the consumers price index increased 17 percent over the same period.

For the year ended June 2018, households spent an average of $16.30 of every $100 of their household income on housing costs. This is relatively unchanged from the $16 they spent a decade ago.

“The ratio of housing costs to household income is an important measure, because a high proportion of housing costs is often associated with financial strain, particularly for lower-income households,” Mr Attewell said.

"Since 2000 the floating rate has peaked at 10.7% in mid 2008"
Any wonder that an equation that includes mortgage repayments has a massively favourable component artificially engineered by the RBNZ?! And at a time when the capital cost of property; a cost ridiculously not included in the household cost of living equation, has risen by, what, 100%
Where do we reckon mortgage rates would be in a 'free' market? 3.99% Fixed for 2 years? I doubt it!

In terms of the costs of living in a house they are measuring net flows, so the capital outlay is met by a cash influx from borrowing. When you net it all out you are left only with the servicing and maintenance costs. If you dont do this you end up counting the capital costs twice, once as an initial outlay and then secondly as a servicing sum.

They don't get it, according to them inflation is running at 100%, good on you for trying though.

Incomes, rent and property prices to continue to increase faster than inflation in the long run. Particularly if government implements its policies making it tougher to provide rentals, renters will be the biggest losers. People that say it is more prudent to rent than buy are in the same camp as anti-vaxers and flat earthers in my opinion.

BLSH, for the record, I'm pro vaccination and believe the earth is round although, with all due respect, I can't speak for David Chaston;

"On a national basis it is clearly less expensive to stay renting than to buy. But apart for Auckland and Queenstown, buying is still a practical option for most" https://www.interest.co.nz/property/rent-or-buy

Once again, you advertise to others how misinformed you've become.

Spoken like someone that doesn't have the foresight to see past their own nose. Renting is only cheaper in the short term. It soon becomes more expensive as rent increases slightly faster than inflation, but mortgage payments don't (average of 5%-6% interest rate over the life of the loan). Add to this the capital gains and the fact that you end up with a house in retirement.

BLSH, you've assumed no global debt crisis in your longer term prediction of rising rents/house prices post 2021. What is your solution to the gathering storm? Prove to all here that you can see past your nose.

Nah, that's why we're here. Like Agent TTP, you think a house price to income ratio of around 10% is both socially acceptable and sustainable long term. Post 2021, do you honestly think it can go and remain beyond 10%?

I didn't predict rising rents post 2021. An escalation in average rent is already occurring and the situation is likely to get worse before 2021.

ha-ha-ha :) now you're back tracking!

Hey RP. While I agree that house prices will face an external shock soon, i think you have left out a scenario of doubling down on a losing bet.

House prices can remain high with people servicing high mortgages at a 2% mortgage rate. Local QE can provide liquidity to prop this up in a crash. I think you misjudge that selling panic among property owners can easily cause panic at the reserve bank and stupid short sighted decisions made.

If such a scenario (2%) mortgage rates exists in our future, then so does severe credit rationing and vanishing employment. The bank is not your friend if your equity is vanishing. They are quick to preserve their loan book and aren't afraid to direct once highly valued clients to try their luck at refinancing elsewhere....

The bank is the Landlord to the leveraged.

These are real costs and none take into consideration external shocks. Financial failures occur not from what we know but from what we do not know or expect to come.
A report issued by Morgan Stanley today....

“These economies now face a crucial juncture as housing markets weaken, forcing a reappraisal of leverage and wealth, and global financial conditions tighten, increasing the consumption drag from debt service and rising savings,” the bank’s strategists said in a report.Morgan Stanley notes that households in the U.S., Japan, European Union and U.K. cut debt since the global financial crisis. But it says that masked record debt build-ups in Australia, Canada, New Zealand, Sweden and Switzerland."

Just wish we would get on with the reset. Sure a bunch of leverage junkies will have to drop new cars, squashed advo, coffee, and net-flicks etc, and some will even be declared bankrupt. The banks will have to fire a few people, but the Aussies will bail them out vs letting them tank.

Supporting the average tax payer being able to survive in their country of birth is the Govts job, just get on with it.

The definition of house hold income used to be one working partner. Now it is normally two working partners, and increasingly includes income of adult children living at home due to the fact they can't afford to live elsewhere, boarders, airbnb etc.

And if more people are living at home then you would expect costs to increase as well, but proportionally not as much as the income they are bringing in.

I think that a more in depth drill down of what the income and costs are would be helpful, but get the feeling that it would show net household 'wealth/well being' is worse than it shows at present.

I find it hard to believe that average annual income is up 41% on 2008.
From my admittedly unscientific understanding of typical salaries across a few professions, I would think they are typically up 25-30% max on a like for like basis

Median is probably a better statistic in this instance. Maybe both so we can gauge whether there's an increase or decrease in the median to average spread. An average salary figure means nothing if 60 - 70% of the working population earn less than the average.

Also perplexed as to why the median is not what's being reported on. Averages are not particularly useful in the discussion relating to income and expense trends, AFAIK.

You are correct, I don't know where the numbers come from in the article but I don't agree with them.

Yeah the stats are bullshit... something seriously amiss

I imagine "salaries" will have gone up much less than "incomes".

Over the last 10 years, there has been incredibly opportunity for those with capital to earn income on that capital (notwithstanding capital gains). And if that was property investment related income, there were also plenty of tax incentives too. Ultimately contributing to the scenario mentioned in the article where “ income for the poorest tenth of households grew 29 percent, for the richest tenth, income grew 47 percent.”

Then of course, when you add in to the mix, that cost of living increases disproportionately affect those on lower incomes and you have a serious problem brewing.

Yes good points.
And a decent chunk of the population who bought houses pre 2005 will have their housing costs locked in at lower levels

Looking at the data this is based on, there are five income and expenditure quintiles. Should be possible to look at the quintile trends with some Python and spreadsheet kung-fu.