Cybercrime and scams run through email, phone calls, text, mail, and door knocks could be costing up to $0.5 bln per year. A big bank has some advice about how to avoid being a victim

Cybercrime and scams run through email, phone calls, text, mail, and door knocks could be costing up to $0.5 bln per year. A big bank has some advice about how to avoid being a victim
12th Nov 18, 2:27pm by Guest 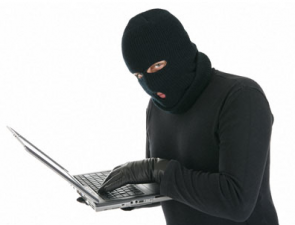 Ninety per cent of New Zealanders are concerned about being scammed or defrauded and one in three say they’ve been a victim, according to a new survey by Westpac.

These findings, released during International Fraud Awareness Week, which runs from 11-17 November, highlight the growing importance for customers to keep their information, such as usernames, passwords and banking PIN numbers, safe.

Westpac NZ’s head of financial crime and security, Tiffany Ryan, says New Zealanders’ unease is warranted given the growing sophistication of scammers and their activities, and numbers of attempted fraud.

“In the last 12 months alone, Westpac’s financial crime team has prevented more than $22 million of fraud from occurring. We have seen the numbers of attempted fraud increase on last year but due to protections in place and increased surveillance the amount being lost to fraud is decreasing. Card fraud is the biggest issue,” Ms Ryan says.

“Most scams go unreported but there are industry estimates that New Zealanders may be losing up to $500 million each year to cybercrime and scams run through email, phone calls, text, mail, and door knocks.”

• Identity theft, where someone uses another person’s identify information to pretend to be them, such as their full name, date of birth, place of birth, current address;

• Scams, which involve being tricked into authorising a transaction.

People were most worried about fraud when using their cards online (44%), followed by sharing their card details over the phone (18%), and when overseas (10%).

“Our advice is for customers to be extremely vigilant. They should monitor their bank statements regularly, as well as keep the bank notified of contact details changes, overseas trips or intended large purchases,” Ms Ryan says.

“Customers need to do their bit too, by installing up-to-date anti-virus software on their computer, not clicking on links or responding to texts or emails, and being careful not to authorise payments unless they are absolutely sure of the recipient.”

Other findings in the survey show that when it came to those most susceptible to scams or fraudulent transactions, 30 per cent considered their parents to be most at risk, followed by grandparents on 26 per cent.

“People are especially worried for the older generations. These scammers know how to pressure vulnerable people into quickly giving away confidential details such as PIN numbers, or into transferring money out of their accounts.

“I would encourage people to have a conversation with their extended families and friends explaining the types of scams and tactics scammers may use to try to get their sensitive information from them, and what they should do if someone they do not know calls them, emails them, texts them, or comes to their front door purporting to be from a particular company,” Ms Ryan says.

And Westpac NZ’s new research also suggests many New Zealanders are unaware of the protections offered by their banks to support them in situations of financial fraud. Seventy-seven per cent said they didn’t know whether their bank guaranteed their money back if they were a victim of fraud.

“At Westpac, provided the customer hasn’t breached their account terms and conditions, we will refund the amount they’ve been defrauded, giving our customers peace of mind,” Ms Ryan says.

• Be suspicious of callers purporting to be from your bank, a utility company (Spark, Vodafone etc), or a government agency such as the Police or Inland Revenue, asking for your PIN number or your username or passwords for internet or telephone banking.

• Use privacy settings to limit who can see your information on social network sites – as these can be used to impersonate you or steal your identity.

• If you think you may have been targeted or fallen victim to a fraud or scam, contact your bank and let us know as soon as possible.

• If you believe you have received a Westpac-related phishing email (where scammers send an email pretending to be from Westpac in order to attempt to obtain sensitive information such as your usernames, passwords and credit card details), forward it to phishing@westpac.co.nz or a Westpac related phishing SMS , please report it by forwarding the SMS to 021 4 Check (021 4 24325). [Other banks have similar services.]

• Give out your PIN number

• Give out your personal info

• Respond to or click on a suspicious email or link

You can also watch a video interview with the Commission for Financial Capability's fraud education manager Bronwyn Groot here.

Here’s the thing
NZers are Free to gamble on foreign internet gambling sites
No records on how much NZ loses on foreign gambling sites either Below just the latest from Vietnam
http://www.asiaone.com/asia/vietnam-police-bust-us26m-online-gambling-r…
UK gambling businesses base themselves in tiny tax haven countries & as they create jobs the governments
couldn’t care less about gamblers being ripped off
The NZ banking authorities could not care less either
If NZ is happy to see multi millions in foreign exchange lost every year then keep allowing NZ residents to gamble online. Credit card companies can easily be called to task by restrictions on card use on foreign gambling sites
You’d be amazed how incompetent the NZ banking ombudsman office is so I doubt anything will change