Property
Harbourside apartment in Auckland's Central Business District sells for $20,000, but there was a catch or two 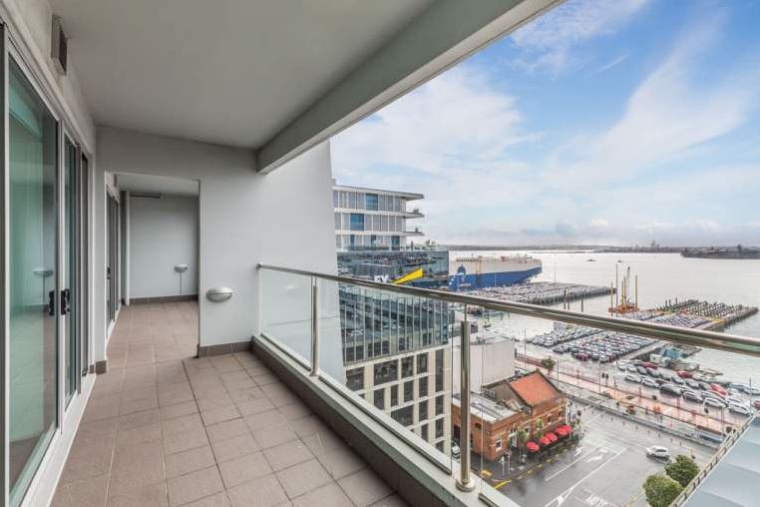 A waterfront apartment in downtown Auckland has sold at auction for $20,000 (yes, that's not a typo - twenty thousand dollars!)

The one bedroom plus study apartment comes with a car park included in the price, and also a spacious deck. It's north facing with uninterrupted views across the harbour to the North Shore (see photos above and below).

It's located on the harbour side of the Scene 1 Building at 2 Beach Road in the CBD, just along from the intersection with the bottom of Beach Road.

When it came up for auction at City Sales' auction room today (July 3) the opening bid was just $10,000. When no further bids were received the auctioneer paused the proceedings. After a brief discussion among the parties, the original bid was increased to $20,000 and the auctioneer announced that the property was "on the market," meaning it would definitely be sold.

When no further bids were received it was sold under the hammer for $20,000 to the only bidder.

There were a couple of issues that would have influenced the price.

That would be on top of Operating Expenses (the equivalent of Body Corporate fees, but with a different management structure) of $4417 a year and rates of $1575 a year.

And the building also has remediation issues involving litigation.

The apartment was vacant but the agent who handled the sale, James Mairs, said it would probably rent for about $550 a week.

City Sales' auctioneer Kim Spark said the owner was Australian and had decided to quit the Auckland market.

City Sales promotional material stated: "This apartment is not for the fainthearted but risk takers could be handsomely rewarded."

It also stated that the "Aussie vendor has had enough!"

Details of all the properties offered at the auction and the results achieved are available on our Residential Auction Results page. 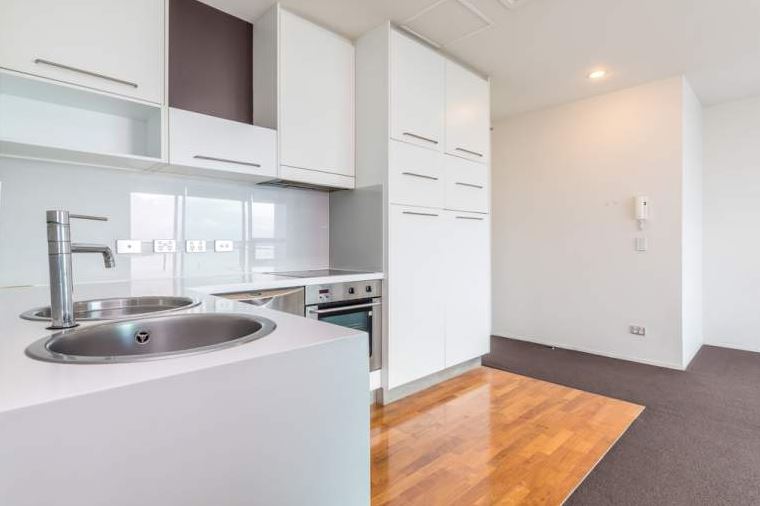 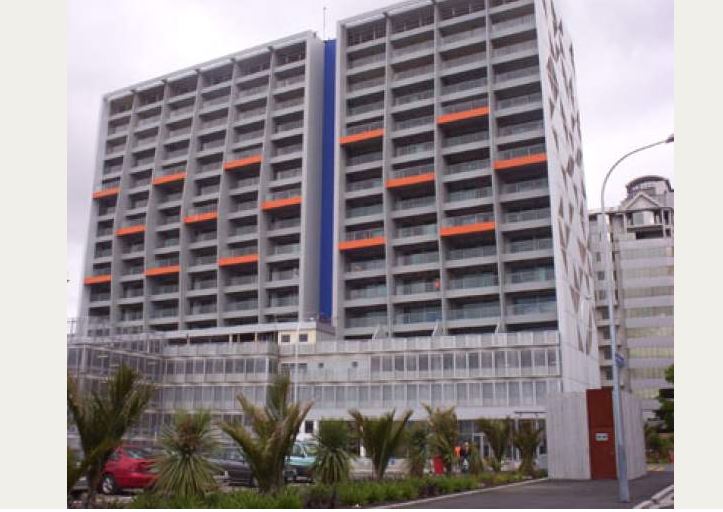 So $18k/year overheads (not including maintenance), $28k/year income and legal problems hanging over it. Yeah, not super attractive is it?

2 year payback though on 20k though.

So if you add up the liabilities you get to a NPV (@2% discount rate) of about -630k. This excludes the one off levy.

Add in top of that the building is leaky and potentially the ground rent can spike and I'm surprised the owner didn't have to pay someone to take it off their hands.

At 20k it looks like the owner got a very good price !

Quick addendum. Presumably this means the whole block is now actually worthless. Looking over at all the leasehold places in the Viaduct, if we get to long term rates at 1% and ground rent increase all of those places will theoretically have no value either. Would the banks lend a single dollar against anything leasehold at that point ?

Yep, someone paid the sellers legal and RE fees so he could wash his hands of the deal.

Do we need to update the story of the three little pigs.. a house of straw, a house of sticks, a house of bricks, and an Auckland apartment made of soggy weetbix?

Just goes to show that when a market gets tough some stuff becomes pretty much worthless. Any idea what the fees were when it was first acquired?

Probably purchased by the acting RE firm who will take the $20k commission and give the owner a big fat zero. They will then rent it to an ANZ bank exec, charge a $100k a year and then sell it it into the ANZ super fund.

I am surprise someone like TM2 didn't snap this up.. definitely a good buy for positively geared investment and profit making scheme.

Chairman, The Man knows real estate and buying leasehold is not on his agenda!

I'd rather put $20K into good quality REIT's, preferably a nice commercial/residential mix. There is just way too much risk when gambling on one property in one location.

Somehow this article is a good little summary of Auckland and some of the unique charateristics of its property bubble mentality.

Scene apartments are a poorly built blight on the landscape and should serve as a monument to everything thats wrong about Auckland.

The Yum Cha restaurant on the ground level is great though.

And In another market, perhaps bearing similarities to Auckland, simply because they experienced a little bit of Chinese laundry and speculation too, coinciding with a bit of a building boom (Vancouver) - sales of new units have literally fallen on their arse. You wouldn’t want to be building too much into that sort of market.

Some time ago planners in Auckland Council were extolling the virtues of Vancouver.

Every second paragraph in planning documents referenced this city. They were in thrall to them. Make Auckland like Vancouver was the catchcry.

No normal people (average families) have been able to afford to live there for around 10 years, but hey, it looks lovely.

Interesting average price chart for Vancouver featured in this article.

Auckland is way ahead of you there, hasn't been building much for years.

Classic leaker there. I know its just the fisheye effect on the camera but I bet the deck really does fall back toward the apartment that way...hell of a view tho!