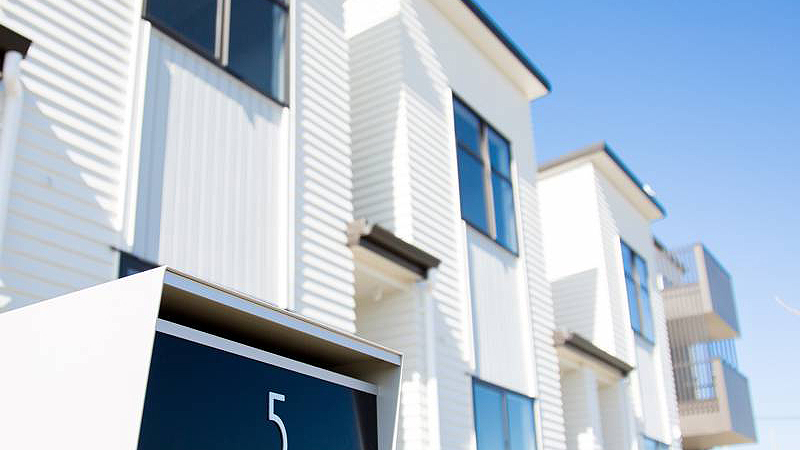 Local Government New Zealand (LGNZ) says changes to the way houses are being made means there’s a greater need than ever to look at capping the liability councils have to face for leaky and defective buildings.

LGNZ concluded its AGM in Wellington this week which was attended by council representatives from around the country. A number of remits were passed, including one calling for the Government to introduce a cap on the liability of councils in New Zealand in relation to defective building claims while joint and several liability still applies. It was passed with 93% support.

LGNZ deputy chief executive for advocacy Jason Krupp says the way houses are constructed in 21st century New Zealand is changing with greater use of prefabrication and offshore manufacturing. But he says new methods of construction will also require greater scrutiny by council inspectors so they can avoid being left to pay for defective buildings.

"It will increase the complexity of the system,” Krupp says. “And if they leave joint and several liability in place it will slow the [building inspection] process because at the end of the day we’re liable for any faults, whether they’re our fault or not.”

But he says a cap on the amount councils are liable for is one way to help reduce the level of exposure local authorities have due to leaky and defective buildings.

Under joint and several liability where two or more parties are liable for the same loss or damage to another party, because of separate wrongful acts, the rule holds both or all of the wrongdoers 100% liable for the loss caused. The party that suffered the loss can claim against one wrongdoer to recover the whole of the loss. The defendant can then seek contribution from any other wrongdoers.

During the leaky buildings crisis in many cases councils were the only party property owners could take legal action against as the builders and developers involved weren’t trading under the same name and were able to avoid legal liability.

Krupp says LGNZ has outlined its views on the subject in a submission on the government’s proposed changes to the Building Act.

“It’s a really tough one,” Krupp says. “We’re hoping that the Government will change it, but we’ll have to wait and see how receptive they are at the other end of the submission process.

“One of LGNZ’s long held positions on liability is that joint and several liability should be replaced with a proportional system.”

Under proportionate liability each defendant that is liable is apportioned a share of the total liability based on the court’s judgment of each liable defendant’s share of responsibility or fault.

But he says the next best option is a cap similar to what was outlined in the Law Commission’s 2014 paper Liability of Multiple Defendants. The report was produced in the aftermath of the leaky buildings crisis and states:

“Joint and several liability would continue to operate for all parties, including for local authorities, up to the level of the cap. This means that local authorities can and will have to accept liability for part or all of uncollected shares, below the cap level.”

The Law Commission suggested it be set at $300,000 for a single dwelling, $150,000 per unit for a multi-unit development and $3 million per development.

In a recent submission on the Government’s changes to the Building Act the Auckland Council also called for an end to the use of joint and several liability and the introduction of a liability cap of 20%.

The council says it wants to see the law changed so it doesn’t have to shoulder the financial burden of another leaky buildings type crisis.

Despite the fact the number of leaky building claims is declining in Auckland ongoing litigation and outstanding cases means the council still has to earmark $350 million on its books to cover potential future settlements.

The Ministry of Business, Innovation and Employment (MBIE) released a discussion paper in April on the Government’s proposed changes to the Building Act and spelled out the risks and liability issues in the construction industry. But it didn’t recommend getting rid of joint and several liability. However, it did call for feedback from submitters on proportionate liability and recognised some of the problems the existing legal framework has created for councils.

Other options outlined in the paper included a voluntary guarantee and insurance scheme for all new residential homes, or significant alterations by a builder. But homeowners would also retain the right to opt out of it. The guarantee and insurance could be paid for separately, or as part of the total cost of the building work and would provide cover for 10 years after the work has been completed. MBIE says this would provide protection for homeowners and provide an incentive for builders and designers to produce high-quality building work.

With the generally accepted poor to mediocre standards that have been the building & construction industry norms (in different forms over time) this conversation had to take place eventually. Builders duck & dive behind their 'now closed' legal entities all the time & if we/you haven't had it happen to us, we know of someone that it has happened to. The fact that council's got left with the baby & the bath water for leaky homes was always going to end that way, considering the above, but as local government in this country has absolutely no goodwill what-so-ever, it is our way of saying ''Serves you right!"
My solution: Close all local government down & start afresh. In fact, close all government down & start again. The whole thing needs re-writing from top to bottom.

So you acknowledge that the truly despicable behaviour is occurring on the part of builders and developers in the privater sector, but your remedy is to gut Local Government!? You really are blinded by ideology.

Clearly what is needed is compulsory insurance for all persons involved in the building industry.

Absurd.
1) Individual home owners don't have the resources to chase multiple parties in litigation when something goes wrong.
2) If Councils as regulators fail to regulate properly they should be held liable.
3) Force builders to take out insurance and let the Councils chase them if there is negligence from other parties.

Council are stuck between a rock and a hard place. They basically have to provide free insurance for a building code they don’t control, they can’t fail dodgy looking work or materials unless it is illegal, and they can’t discriminate against dodgy builders with known bad history or lack of knowledge. Hand this insurance over to the private sector who can legally apply risk analysis.

Number 2 is something that cannot and will not work. You cannot put sufficient legislation in place to stop builders and the construction industry from providing a poor product or shoddy workmanship (save perhaps requiring personal responsibility and liability across various levels). Number 3 will likely be necessary.

A public file recording and rating builders by name not by company, attached to MBIENZ or the LBP organisation. Let the customer choose based on that. Not foolproof to be sure but at least a start. Self balancing, the builder can go to a tribunal if considers unjustly assessed.

A capped proportional liability regime between architect, material suppliers, builders and consent giver sounds like a good idea to me. Plus the ability to somehow go after people who "go bust".