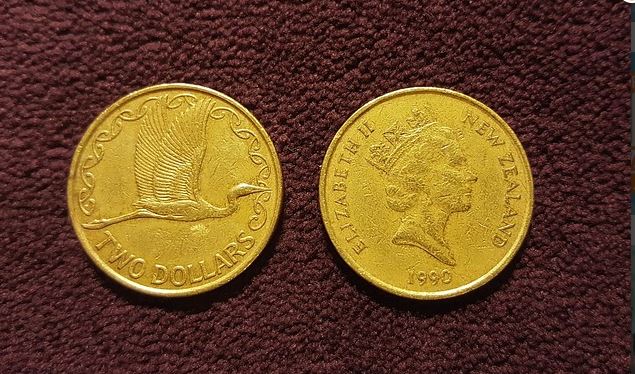 Homeowners and hopeful first home buyers hoping for dramatic cuts to their mortgage payments following the Reserve Bank's decision to slash interest rates, may be disappointed.

The Reserve Bank surprised the market on Wednesday (August 7) by cutting the OCR from 1.5% to a record low 1.0%, a much bigger cut than the market had expected.

Within a few minutes of the Reserve Bank's announcement, ASB announced it was reducing some of its mortgage interest rates, cutting its Orbit loan and floating mortgage rate from 5.70% to 5.20%.

That would reduce the fortnightly payments on a $250,000 mortgage from $670 to $634, saving the borrower $36 a fortnight (assuming a 30 year term). See here for interest.co.nz's mortgage calculator.

Unfortunately, very few borrowers choose to have their mortgages on a floating rate.

Most choose a fixed rate because of the degree of certainty this provides around future mortgage payments.

However, ASB was far less generous with the cuts to its two year fixed rate, which was reduced from 3.79% to 3.75%.

After ASB's announcement, most other banks followed with similar rate cuts.

Which may leave most of their customers feeling a bit deflated.

You can see all of the interest rate cuts announced by the major banks immediately after the Reserve Bank's announcement, here.

"Unfortunately, very few borrowers choose to have their mortgages on a floating rate.
Most choose a fixed rate because of the degree of certainty this provides around future mortgage payments."

Greg, not really "unfortunately" but rather "rightly so" since fixed terms are very, very significantly lower than floating by about 1.5%. If you fixed for 1 year for the last 3 years over floating you would have saved a very significant amount

Exactly, I was staggered to read those lines. Paying an extra 1.5% in interest for 'flexibility' seems crazy to me. And fixed rates have been below the floating rates for as long as I've had a mortgage.

This is a re-post from another article but I though it is more pertinent here.

Do not fix any loans till September;
Firstly banks are unprepared for the unexpected 0.5% OCR reduction
Secondly banks will, in the first instance pass on, only a small part of the OCR cut, then when spring comes they will become more interested in getting a share of the mortgage pie and they will further cut their fixed rates further.
Banks are businesses and they will, of course, keep as much of the OCR cut for themselves as they can. Proof? they are making record profit year after year. 1 & 2 year fixed mortgages will be 3.49% by the end of September

Yeah, I fixed my mortgages at 3.99% for 2 years in November, confident the rates wouldn't fall much lower. Have been totally wrong. Looking to break them all and re-fix at 3.49% in Sept-October. Just done the sums and it would knock 2 years off my mortgages with repayments the same, assuming 3.49% interest over the life of the loan (which the calculator I was using did).

My investment property break fees and savings weren't quite so good; can't remember the original rate but re-fixed at 3.99% as well, but it took 6 months of the payment savings to recoup the break fee cost, so the remaining 18 months came out ahead.

Yvil - where does the RBNZ's decision and announcement in Nov on bank capital requirements come into your thinking in the event it comes in as currently proposed ?

Have you ever been on a rollercoaster. The carriage slowly tracks up and up to the top. Then over the top we go, quick drop but before we reach the REAL bottom the carriage rises up again (phew....saved by low interest rates and spruikers in denial - but, oh no its a BULL TRAP). Then, the inevitable happens, the REAL drop. It is fast, long and very hard. There is nowhere to hide for anyone. So, if you are a first home buyer considering buying now. Please don't. You will lose money fast. Equate buying a house now to buying a new car out of the showroom. Once you take ownership wave goodbye to 20% of the value. Be warned and please do not listen to the false prophets who want to make you poor to keep themselves rich.

Yes on the surface it looks like an amazing time to buy, interest rates have never been so low..

On the news yesterday they we reporting that mortgage brokers we inundated with calls following the rate cut, if true there could be a lot more FHBs in the market, the question remains though how much can they afford.

Be interesting to see how many take the bait.

If ever the sales rates were to pick up this should be it, but Im not too sure its enough to have house prices inflating again in Akld.

Yes, it's like play the roulette table, and if the House loses they cover their losses by picking the pockets of the players that are ahead.

The price of gold goes up. But the money doesn’t disappear does it? That happens when people pay down debt. Are gold merchants going to start paying down debt?

Fact is that you don't want debt during deflation. As it increases in value.

I did not refix, I will float the lot and instead of investing for little or no return in other classes of asset while Drumpf and Bojo and Jackbootcinder drool out their diminishing political capital, I will pay that debt down hard! Don't care about the capital value of the houses, the tenants need to have a house to live in and the rents are still tracking upward with a ways to go. Steady hand on the tiller folks, no need for gold or other such silliness.

Exactly - Further cuts from here will not change much in fixed mortage rate may be 0.2 or 0.4% bur fe $$ will not help much when the price are still so high.

Given the variable mortgage rate is still way above fixed rates and 95% of people are taking fixed rate deals it begs the question whether this OCR cut will have any impact on consumer behavior.

What was more interesting was the comment on negative rates (and implicitly NZ QE). That has big implications for the NZD, imported inflation and taking real dollars out of everyone's pocket.

They have not been generous with their other rate cuts either as it's exactly the same % as the OCR's. Let's see how many banks offer cuts larger that 0.5% but pretty sure not many, hopefully I'm wrong.