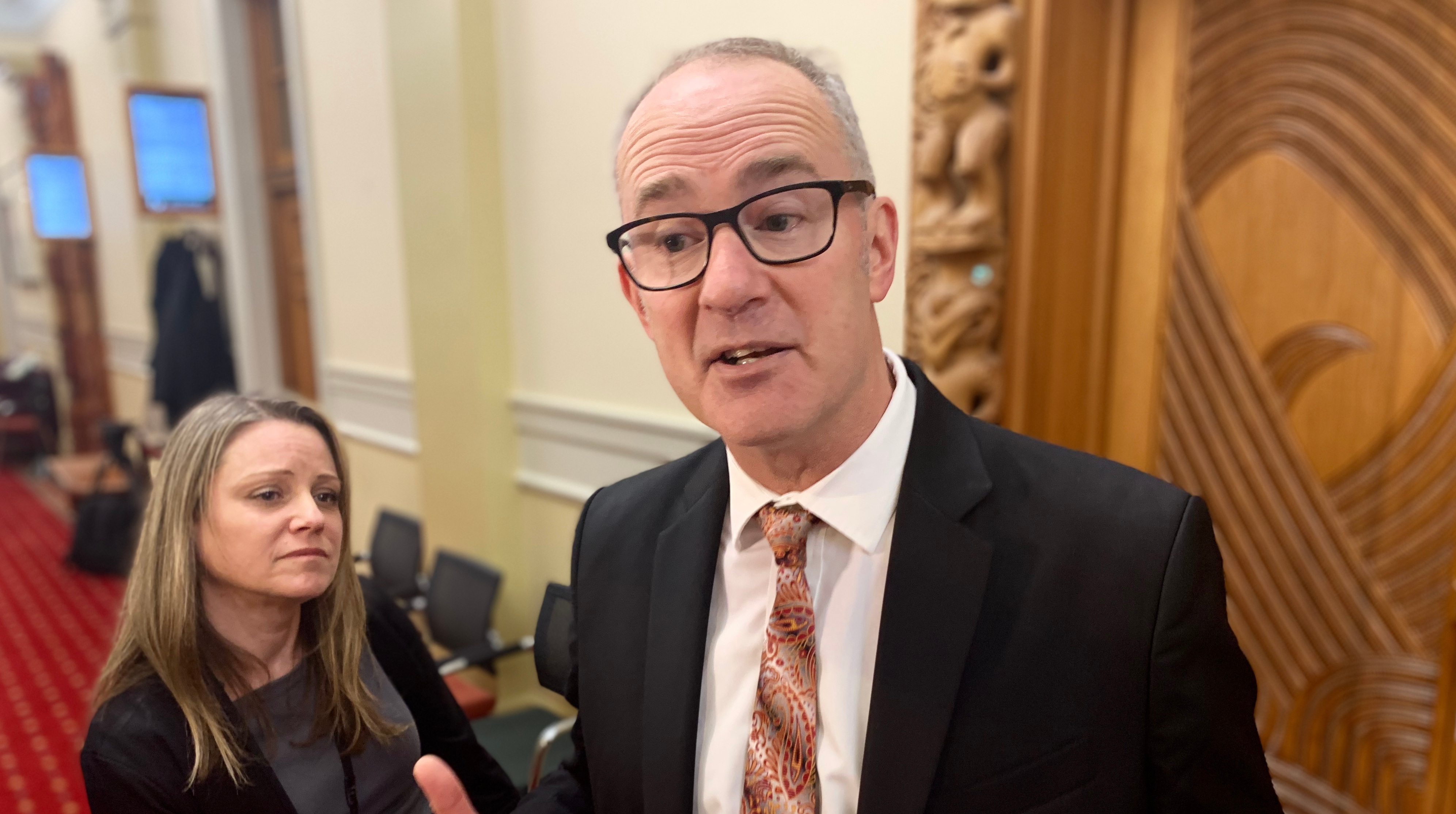 Under the Kainga Ora - Homes and Communities Act, the new entity will be able to undertake the development of public, market and affordable housing, as well as homes for first home buyers. It will also be able to carry out development and renewal of urban areas, which could include commercial, industrial or community property and infrastructure.

The Minister of Urban Development Phil Twyford has welcomed the creation of Kainga Ora which he claims will now increase the delivery of housing around the country.

“The new agency will be the Government’s lead developer for urban development,” Twyford says. “It brings together Housing New Zealand and its development subsidiary HLC, and the KiwiBuild Unit, to create a one stop shop that will build thriving communities with a diverse mix of public, affordable and market housing.

“Kainga Ora is a new approach. It will end the duplication, splitting of key roles, fragmented decision-making and limited coordination that occurred over recent years because the Government’s comprehensive house building programmes was spread across multiple agencies.”

And Twyford says it won’t be expected to return a surplus to the Government.

But exactly how Kainga Ora will operate alongside the likes of the Auckland Council and other councils around the country will be the real test. Auckland Council outlined its concerns with the Government’s plans to create the new housing and urban development authority in a submission on the Kainga Ora - Homes and Communities Bill in June.

It said it could end up paying for increased infrastructure costs created by the agency, while its planning could be overridden. And the council didn’t like the idea of “managing and maintaining infrastructure after Kainga Ora-Homes and Communities exits a development project”.

“Provision or enabling of infrastructure and amenities by the new entity will have implications for wider infrastructure networks outside the development project area - for example water treatment plants and public transport services. This could have significant operational and financial implications for local authorities and their Council Controlled Organisations.”

But Twyford says Kainga Ora will be expected to work with a number of sectors and groups in its role once it becomes operational on October 1. These include developers, iwi, non-profit organisations, plus local and central government.

“Kainga Ora is set up so it can work alongside others in a wide variety of ways – enabling and complementing, rather than competing with, the private sector. This will include working with the development sector on large scale urban development projects.”

A second Bill is expected to be introduced before the end of the year which will give Kainga Ora the ability to undertake specified development projects. It is also expected to define in more detail the powers it will have.

“These are essential and complex projects that would struggle to progress under standard development processes. Kainga Ora will have a tool-box of powers to help housing and urban development be built at scale and pace," says Twyford.

Won't be long until the words "Kainga Ora" generate the same connotations as Novopay, Kiwibuild and Oranga Tamariki.

Jury is out on this.

Something like this had to be done, as richlister land banksters have encircled the cities growth limits, and play the market and Councils anytime they want; which exposes supporting businesses to boom and bust cycles. Hardly good for the wider economy.

You might find Auckland City Council representatives are pampering to this rich set, who are and have been in Councillor pockets for an extended period.

This will facilitate competition in the market place. Bring it on, as these problems exist in all growth Councils.

Cotton wool and band aids in a further attempt to regain a naritive that this Gov't can deliver. It's the management that is broke!

Perhaps with Slaxinda meeting Donald there might be some opportunities for her to bid on houses going in Greenland! Another stupid idea to add to the housing mess?

Everyone should work for either central or local government.

It is by far the easiest job on earth with pretty good pay, holiday and sick leaves, and zero responsibility to either tax or rates payers.

I hear you Xing. And if you make it to the top of the pile of the public sector, there will be always be the opportunity to migrate to the private sector as a "conduit" to working the system.

But not in China! Where the government can be held accountable for its actions.
...Right?

I wouldn't our govt is all that accountable either

Well its better than doing nothing and bullshitting the public the way National did for 3 terms. The fragmentation and or purposeful incapacitation of government departments during that 3 terms is another thing that really caused problems, not just in housing but the repeated outbreaks of pests and diseases brought into the country through our rundown MPI border controls...mbovis, psa, bugs and beatles, fruitflys you name it. All because they wanted a surplus to show off...pity about the billions wasted in compensation and emergency pest management on the otherside.

Another I'll fated project that will cost hundreds of millions, is better than doing nothing...
Wasted pest control. Is that 1080 when it has been proven by DoC's own studies that it actually increases rat numbers?

Yeah certainly big questionmarks over 1080...particular to my earlier comment, I'm talking about the trapping programmes that had to be run each times a queensland fruitfly arrives in someones undeclared lunch inbound at Akl Intnl...

I encourage everyone to go into an area a few weeks after a 1080 drop.
There is nothing there, no birds, no insects, just a stench of death and silence.

Science 101. After poisoning of an area there is a food abundance. The fastest breeding species able to capitalise on that will thrive.
DoC gets to rewriting basic scientific principles now.

If you want anything done less efficiently and at a greater cost, get the Gov't to do it.
63 years of 1080 and Billipns of dollars and year on year there is still a massive decline in bird numbers
Keep flogging that dead horse.

:) whatever negative news about the government I can be 100% sure that you will say that at least they are not as bad as National. Labour is bullshitting the public just as much the National did. What difference does it make if I am fooled by a car salesman (National) or by clergy (Labour) ? if anything, being fooled by a clergy is much worse because their claims to being better than you is all they have.

They are as bad as each other. Just a different kind of bad.
The system was a joke but a system.
Now it's a pile of crap.

Realistically this is the sort of thing that Kiwibuild always needed to have a chance of meeting its targets, but Labour backed themselves into a corner by promising 10k of houses per annum, then soft-pedalled on that to make it 100,000 over the 10 years of the programme with the first year only delivering 2k.

Imagine a different universe where they promised that Kiwibuild was starting in 2020 after Kainga Ora was set up. Probably it would have a better chance of meeting its goals at the outset, but the electorate wouldn't want to vote on a promise of "we'll start building houses almost at the end of our first term".

Nothing could ever have led to that target been achieved. They didn't think it through, and now that they are, they realise its a pipe dream. I thin kthis is a step in the right direction but its not going to build 100k houses.

The reporter (I assume) in the picture says it all.

She looks bored to tears!

...Kainga Ora will be expected to work with a number of sectors and groups in its role once it becomes operational on October 1. These include developers, iwi, non-profit organisations, plus local and central government.

This is a perfect fustercluck recipe....imagine maneuvering between. around, and straight over the top of, all of these playaz......it'll take an extremely highly paid cadre of teat-suckaz to run.

The problem is that Labour, Greens, NZF dont have a single person that could push it through.
Even if they paid someone who could push this through, it would be the Minister's behind the scenes that would still be indecisive and not willing to break a few eggs to make a cake.