Fletcher Building's shareholders might not see any dividends till 2022 if the construction giant uses new, more flexible, agreements with its lenders

Property
Fletcher Building's shareholders might not see any dividends till 2022 if the construction giant uses new, more flexible, agreements with its lenders 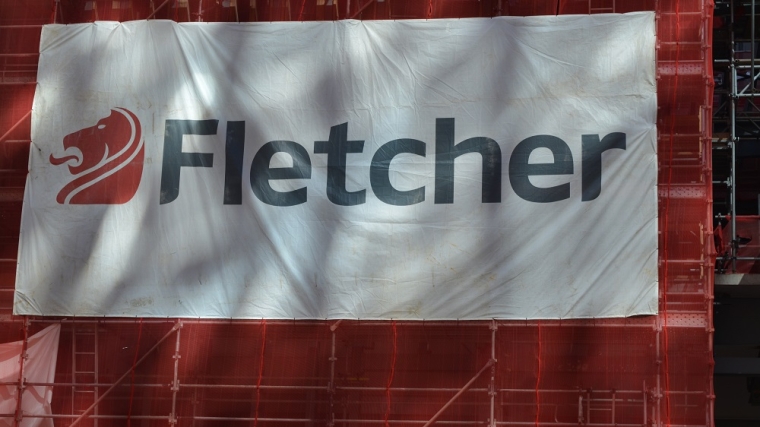 Construction giant Fletcher Building's made new, more flexible, agreements with its lenders that might result in it not paying any dividends to shareholders till 2022.

In an update to the NZX on Wednesday Fletcher Building said its lenders had signed off on "more favourable terms" for covenant testing through to the end of calendar year 2021 if required.

The quid pro quo for that though is that if Fletcher takes advantage of what is effectively more wiggle room with its debt ceiling it has agreed it won't pay dividends.

Chief executive Ross Taylor said the company would be able to meet its normal covenant agreement levels in the financial year to June 2020.

Which means it would be able to pay a dividend.

"In considering its decision on the [full-year 2020] dividend in August, the board will have regard to the impact of Covid-19, the trading environment and outlook, as well as the terms of these amendment agreements," Taylor said.

While many companies have been going to shareholders to raise funds this year (with estimates of around $2.5 billion already collectively raised since the onset of the pandemic), Fletcher to this point hasn't.

It announced last month that it was cutting about 10% of its New Zealand workforce (1000 jobs), with another 500 jobs to go in Australia, while it said it had lost about $55 million during the New Zealand lockdown in April. The company predicts that residential building consents will plummet by about 30% over the next year and it also expects a 15% fall in commercial building work over the next year.

In Wednesday's announcement of the new lending agreements Taylor said Fletcher had "a robust balance sheet position". It had about $1.5 billion liquidity and a "leverage ratio" of around 0.8 times, below the Group’s target range of 1.0-2.0 times.

Under the new agreements Fletcher may elect to rely on more favourable levels for its Total Interest Cover and Senior Interest Cover covenants for the period from June 2020 to December 2021 (inclusive) if required.

"These levels are a Total Interest Cover ratio of 1.5 times (normally 2.0 times) and a Senior Interest Cover ratio of 2.25 times (normally 3.0 times), with EBIT [earnings before interest and tax] in 4Q20 for the purposes of testing these interest cover ratios set at $231 million. The 4Q20 EBIT adjustment reflects the Group’s pre-Covid forecast for the final quarter of FY20, with the actual result materially impacted by the government measures to control the virus in New Zealand and Australia.

"The company has agreed that, should it need to rely on the more favourable covenant levels, it will not pay a dividend until it returns to compliance with, and agrees to be tested by, its normal covenant levels."

I have no idea why anyone would buy the share , other than wild speculative bets .

Although to be fair you could have made around 30% this past month when the price went from $3 to $4 , but you need either to have balls of steel or be using someone else's money to have taken such a gamble

Its a top-heavy expensive Company from a costs point of view , its Balance sheet is weak , its unable to do work competitively priced , and cries foul when work is given to offshore companies with better efficiencies as we saw yesterday with Kiwirail

But they're in the Governments ear, and almost backed by the NZ tax payer push comes to shove. Who's going to pay for the convention center stuff up?

What are the other local options for large projects? Downer or Naylor Love? Hawkins? Fletcher are woven through the supply chain too.

With any luck, the next government will reestablish the Ministry of Works to give large infrastructure providers some competition; so they dont rest on the monopoly laurels.

Who said government should be in business, when clearly private hasnt delivered either. Just imagine a business that provides a training ground (apprenticeships) for this countries youth, and a fairer price for the local customer.

Investing into shares is same as investing into property. If the price is cheap, you buy in and sell when the price goes higher. If it's over priced, you dont buy, wait for the price comes down. You are scared to invest into shares because you dont understand how shares work. It's more attractive than property If you know what you are doing. I've gained roughly 30% return for the past three months. But the key is to use your spare money, also be prepared for long term investment. It's not a gample. It's investment.

The trouble is their tentacles reach far into all sectors of the trade. Through the let’s say the camaraderie of Messrs Muldoon & Trotter, their dominance was “cemented” in a long long time ago. Now they just push everyone around. Suppliers, the trade, the end customer. It is a private untouchable club. They take no substantive notice of complaints about products or service, and they know only the dangerously rich and powerful could afford to sue. Arrogance and ignorance. Great bed mates.

FBU reminds me of SKT, companies hanging on to an old formula for as long as they can. I thought FBU would have split up 20 years ago. We all know the CEOs who came in, had a look, then ran for their lives thinking this looks much harder than things like banking. The quality engineering department store is past its use by date I think. Go forward - change - split up OR same old same old. FBU cannot ignore vertical projects any longer either.

Yup nothing says "robust" like negotiating failing your debt covenants.