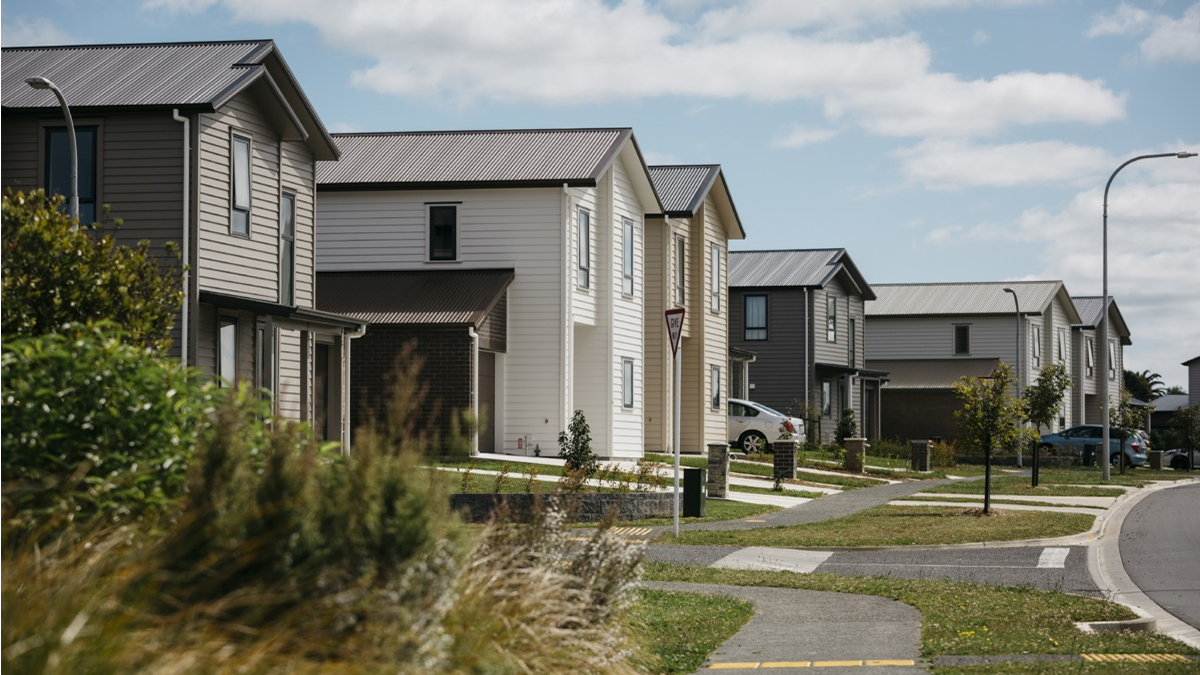 The effect of the Level 4 lockdown on Auckland's residential construction sector is starting to become clearer, with a sharp downturn in the number of Code Compliance Certificates (CCCs) issued in May by Auckland Council for new residential dwellings.

The level 4 lockdown was put in place in late March and lasted until late April, effectively shutting down most residential building sites.

Figures from Auckland Council show that had a significant impact on the number of new homes completed in April, which dropped to 910 from 1344 in March, although it was still well up 15.5% from the 788 CCCs issued in April last year.

But the effects of the lockdown really began to bite in May, when just 691 CCCs were issued in Auckland, down a whopping 44% from the 1234 that were issued in May last year.

However the downturn may be short lived.

CCCs are issued when a building is completed, providing the most accurate measure of new housing supply.

On the other hand building consents are usually issued prior to building work commencing, providing an indication of construction intentions.

And according to Statistics NZ, the number of new dwelling consents issued in Auckland made a strong comeback after the lockdown.

In February, 1232 new dwelling consents were issued in Auckland in February, which dropped to 1187 in March and fell away sharply to 894 in April and then rose back up to 1367 in May. This was down just 17.5% compared to May last year.

Another day and yet another housing headline. UP UP UP!

This is very obvious and could be an observation on expected line than news.

Does it have to be an Headline or should have beeen just mentioned in morning brief in a sentence instead entire article on it.

The houses that were completed have no doubt sold easily - and for very high prices.

Putting some bait out there waiting for a DGM bite?

Look at RE NZ closely
A third of property houses and townhouses are new or not finished. And these are ones taking longest to sell. 50% of things on market over 6 m are “new” or not built. Yet they have consents

But not in Auckland, mikekirk.

Many/most houses/townhouses are sold off the plans.

And it's much the same in Wellington.

A third of property houses and townhouses are new or not finished. And these are ones taking longest to sell. 50% of things on market over 6 m are “new” or not built. Yet they have consents

There will be all kinds of chicanery going on with the transactions of new houses. Probably the worst possible time to be 'going to market', despite the general public's belief that house prices falling in NZ would go against Newton's Law. My intuition tells me that this misguded belief is going to be rocked. I know people will be need some kind of 'proof' and looking to all kinds of 'part indicators' like auction rates and indexes.

Hopefully not if someone will have to buy them. Are you for real TTP?

Want houses built but not allowed to make money on them which would trigger less houses to be built. Labour has proven they can't build them but they wait in hope singing their praise. I dont get it.

Not sure what this has to do with my comment?

To be honest I’m surprised that the number of CCCs issued was as high as that given the industry-wide shutdown over the lockdown period.

This is exactly what we expected while everyone was at home, isn't it.?

According to the 2018 Census, there are approximately 40,000 empty private homes in Auckland ..

Something Labour, Greens and NZF could have looked at and activated that would have added a hell of a lot of houses to the pool at little to no cost to the tax payer but decided to do Kiwi Build and failed at a huge cost to NZ.
The Greens just had an amazing win and got $23,000,000 to build 103 houses. There is just no stopping these tearaway builders of houses in mass, hang onto your steak and cheese, you don't want to drop it in the mad dash.

And according to Statistics NZ, the number of new dwelling consents issued in Auckland made a strong comeback after the lockdown

Yep because there was people sitting in land that they had to move fast to smack a house on so they didn't have a vacant section sitting there.
A Building Consent has two years before you have to complete and it is very easy to move that date out in most cases. They are a bad indication of work that will e completed. Any bad news and the owners will stop the build before it starts.

More upward pressure on house prices.
And more Aucklanders moving to the regions to find a house to buy.

And first home buyers are tapping into their Kiwisaver and buying their first house instead of travelling.
https://www.stuff.co.nz/business/122195268/canned-travel-plans-low-inter...

You’re not TTPs love child by chance are you?

Check the membership date, TTP is a newbie in comparison.

This is only temporary. There are a number of applications in council that will get approved and we will continually building showbox townhouses apartments. No wonder we running out of water, storm, waste water cant cope. This is the kind of investment that young people will get burned and our infrastructure cant cope. Can council start rejecting a few instead of money grabbing on rates and fees for the new developments. We are already suffering and future generations will have more flooding, water shortages, etc. Council and watercare run by a pack of monkeys

It seems impossible to get a builder in to do anything these days with so much work. Also huge prices. was quoted $15,000 dollars for a simple 30 metre timber fence.

500 per metre, was there something unusual about the land or style. I pay my FT guy by the hour, you have to be able to trust them