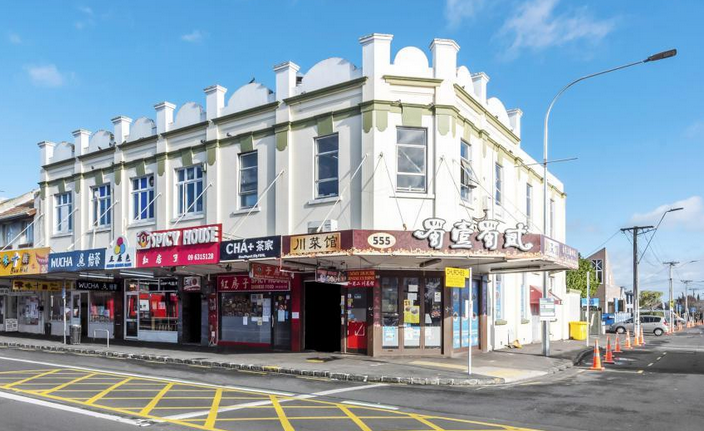 This two level charcater building on Dominion Rd in Auckland sold for $4 million, giving a net yield of 5.01%.

At Bayleys' latest commercial property auction in Auckland, 10 properties were offered with bidding received on seven of them while three were passed in with no bids.

Of the seven that received bids, four were sold under the hammer.

Of the four that were sold, two were vacant - a modern 45 square metre shop in the Eden Quarter complex on Dominion Road, which sold for $470,000, and a 5002 square metre residential development site at Rosehill in Papakura, which went for $2,800,000.

However some properties are also selling at much higher yields, with a 602 square metre, retail premises with multiple tenants in Silverdale returning a yield of  6.17%, an ANZ Bank premises in Waiuku achieved 6.98%, a 330 square metre retail premises with four tenants on a 1006 square metre site at Stokes Valley in Wellington achieved 6.98%, while a substantial, two level building on a corner site in Petone, with seven retail tenants on the ground floor and 10 flats on the first floor, sold for $2,500,000, giving a net yield of 10.5%.

Further details and photographs of the above properties and others that have sold, are available on our searchable Commercial Property Sales page.

Mum and Dad investors will increasingly be making the move to commercial so expect to see further drops in yields.

And they'll panic the first time they get a vacancy that lasts longer than two months...

Not sure they'll get the funding. Banks being pretty cautious with C& I just now.

So 40% sales rate. Not that great. Would have expected higher.

The Dominion Road one looks like a seismic-risky property too.