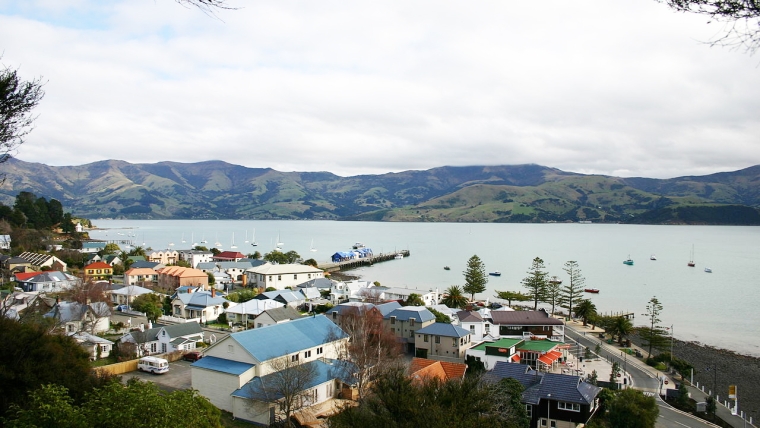 They aren't called holiday hot spots for nothing, with real estate prices rising at a scorching rate in many of the country's favourite holiday destinations.

Sales figures from the Real Estate Institute of New Zealand show median selling prices in many popular holiday destinations had percentage increases well into double digits over the three months to the end of November compared to the same period of last year.

The biggest increase of 58% was in the village of Akaroa on Banks Peninsula, although the increase for the whole of the peninsula was only 6%.

Other areas with very high annual price increases were Waihi Beach, up 50%, and Hokitika which was up 41%.

Perhaps surprisingly, the three locations that recorded annual decreases in their median prices were Coromandel Town -11%, Onetangi on Waiheke Island -17% and Te Anau -3% (see table below for all districts).

REINZ chief executive Bindi Norwell said the drop in median prices at Onetangi could have been due to a downturn in Airbnb bookings, which could have prompted more owners to sell.

However the volume of properties sold at most of the holidays destinations was higher than it was over the same period of last year. 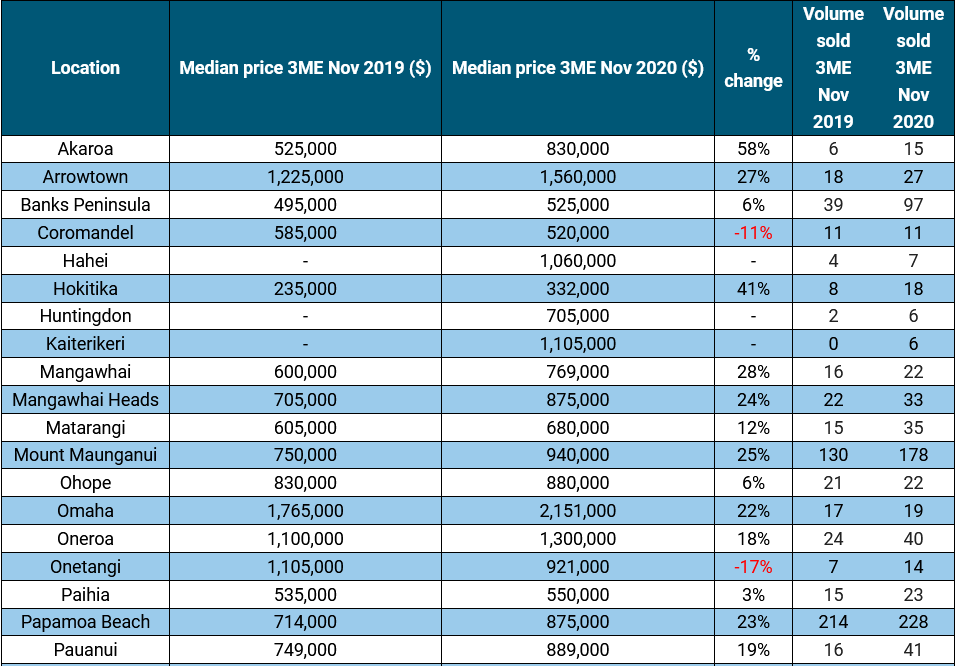 Mmm . . . looks like some are leveraging against their home's increased value for holiday homes taking advantage of very low interest rates / poor TD rates. So not all those leveraging appear not to be doing so just for investment properties.

Highlighting Hokitika as a stand-out is a fallacy: any increase on a base median of $235K is gonna look stupendous.....