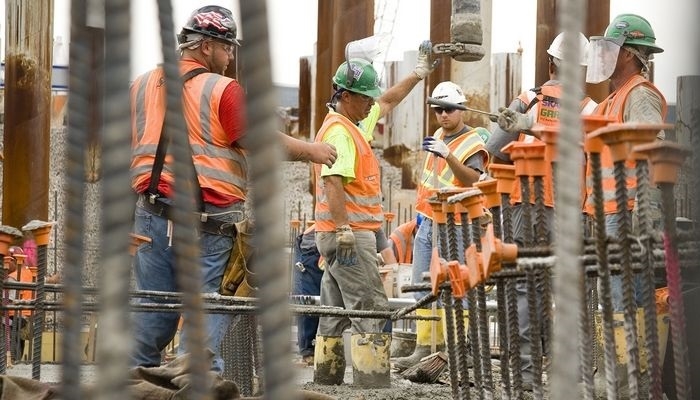 The residential construction market has made a lively start to 2021 with the number of new homes being consented coming within a hair's breadth of hitting an all time high.

The latest consent figures were up 5.8% compared to the year ended January 2020.

All of the growth in new dwelling consents issued in the 12 months to January was from townhouses and home units, with consents for those types of properties up 41.4% compared to the previous 12 months, while consent numbers were down for stand alone houses (-1.0%), apartments (-13.8%) and retirement village units (-18.9%) over the same period.

Auckland continues to be the main driver of new residential building work, with consents for 17,116 new Auckland dwellings issued in the year to January.

That was up 14.3% on the previous 12 months and accounted for 42.9% of all consents issued throughout the whole of the country.

While consents for residential construction remain robust, commercial consents continue to lag behind the levels of  a year earlier.

In the 12 months to January consents were issued for $7.029 billion of non-residential building work, down 5.8% compared to the previous 12 months.

That included new buildings and structural alterations to existing buildings.

The biggest annual decline in commercial building construction was for retail premises -20.7%, followed by hotels/motels -11.1%.

However the value of consents for warehouses was up 15.1%, while office buildings posted a rise of 1.9% and factories were up 2.7%.

The total value of all types of residential and non-residential building work consented in the 12 months to January was $24.243 billion, up 1.8% compared to the previous 12 months.

Assuming there is in fact a housing shortage; on the current trajectory when might this be expected to rebalance?

Good question VoO, unfortunately there seems to be contradictory data on the actual shortage of housing but surely current trends have to point towards a rebalancing.

One wonders what an empty house tax, or enforcement of commercial rating on Air BnB and Book a Bach would yield. Lots of noise about a lot of empty houses in Awkland, but little in the way of facts on it.

"How many dwellings are unoccupied?
The last few censuses identified that around 10 percent of dwellings were unoccupied. In
these cases the homes may be baches and holiday homes only used part time, or the
residents may have been away on census night. As some of the new homes consented are
likely to be unoccupied because of part-time usage, we chose to exclude them from our
estimate of housing supply. "

Curiously no mention of AirBnB

One thing to consider: Investors are outbidding FHB and essentially renting the places back to them. But that doesn't stop a FHBer from eventually buying their own homes, which could be these newly consented dwellings or existing empty apartments. Except FHB doesn't have to compete so much with population growth anymore.

Could be in for a lot of empty rental properties in the near future if population growth doesn't kick back into gear, as FHB move into their own homes and no tenants can be found to replace them.

By the way, to anyone interested, NZ sales outside of Auckland fell in January compared to year earlier, by 10%
Of course, that was not in any report
In Auckland Barfoots sales rose 60% in January.
Evidently buyers not so keen or loaded in the provinces.
Barfoots December sales in Auckland were 90% up cf prev year.
In rest of NZ they were up 31% acc to REINZ

Middle of last year 12% of all Queenstown mortgages were on deferral.
January that figure had dropped to 7%.
Does anyone have any insight or links to what those figures are now for tourism towns in particular Queenstown?
Those deferrals are ending this month!!

Here comes that wave of townhouses. All the suburban properties on large-ish sections selling for $1m+ in places like Massey and Mangere, this is what it’s about. I guess we’ll see how this plays out - how much demand there is for these.

Yup. Auckland consenting data is meaningless without knowing 1) where these are going in - Massey etc are basically car or bust and this is going to hugely increase local and motorway traffic with no alternatives in sight (SH16 LRT anyone?) and 2) How much? A $750K two bedroom townhouse isn't a bargain if it's 21km from the city and you have to have at least two cars and working incomes to pay a mortgage.

Give the Reserve Bank and Prime Minister a few more months, you'll struggle to find a cardboard box under a bridge for less than $1m.

Did I say shoeboxes? A number have 1 or no car park space. Streets will be lined with cars.

All those tenants have to park somewhere. In most cases that a couple in each bedroom, just to pay the speulords required rent/yield, so a three bed house equals six car. Picking the discussion about what is council verge (free parking) vs your front lawn will be heating up.

It's a small price to pay for all the vibrancy that mass immigration has bought.

Good. Hopefully enough houses in Auckland to stop Aucklanders moving to the provinces with loads of cash inflating house prices.

Dodgy reporting of statistics again. Obviously bigger cities should have higher numerical growth. What really counts is the number of consents per 1000 population. Table 7 of the Stats excel sheet tells a better picture. Auckland 10 per 1000 population, Tasman 9.7, Hawkes Bay 5.8/ 1000 (not very impressive) Nelson 3.8 (NCC are doing their best to keep the place small) Canterbury 9.1

Exactly. They just pick the figure needed to give the biggest headline.

It's a standard figure based on the number of people per household and the average life of a house. Demolition end of life and demolition to increase density, one of the new which is needed to replace the one that was demolished.

Orckland, specially Papatoetoe and Otara are the leading place to be for next Boum in property prices, NZ is now part of the 5th highest place in the world, Aotearoa is still need to catch up to be no.1 - Just like Americas Cup - Dare to be crazy, in order to be no.1.. that what makes NZ different!, dare to be crazy..Go go go..