Asking prices on Realestate.co.nz's portal declined by $18,340 (2.1%) in April suggesting a cooling housing market nationwide with new listings similar to 2019

Asking prices on Realestate.co.nz's portal declined by $18,340 (2.1%) in April suggesting a cooling housing market nationwide with new listings similar to 2019 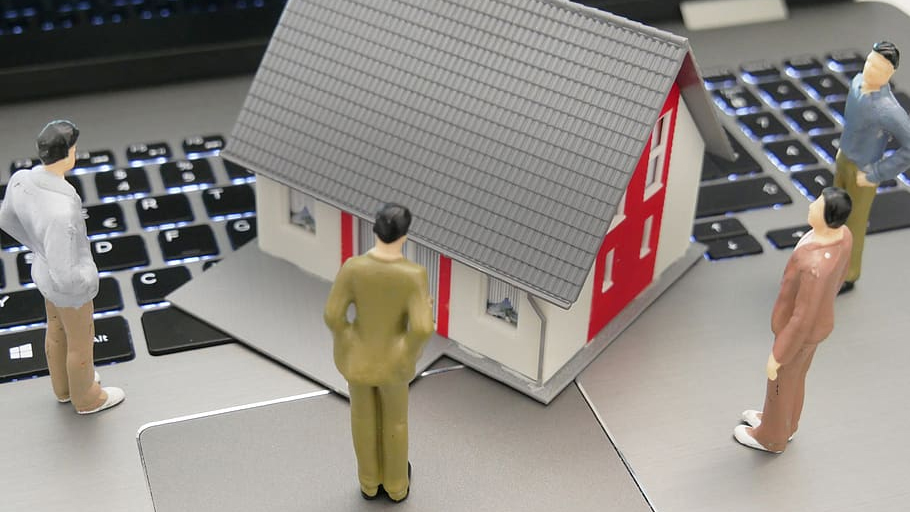 There are further signs of the housing market starting to cool with property website Realestate.co.nz reporting declines in average asking prices and new listings in April.

The biggest decline in both dollar and percentage terms was in the central North Island, where the average asking price was down by $108,698, or 14.8%, for the month.

The table below shows the change in asking prices between March and April for all sales districts.

Realestate.co.nz also received fewer new listings in April compared to March, although that's to be expected at this time of year as the market heads towards the quieter winter selling season.

The website received 9145 new listings in April, down from 11,322 in March , down 19%, with all 19 sales districts recording significantly lower new listings.

Unfortunately it is not possible to give meaningful comparisons with new listings in April last year because the figures were badly affected by the COVID restrictions.

However in April 2019, Realestate.co.nz received 8944 new listings, which means new listings in April this year were up very slightly (+2%) compared to two years ago.

Well if its 2% each month I think that is Breaking News.

Is it have your pick that suits one narrative - definitely price that house are being sold is more important.

Both this article and Newshub's one relate to average asking price.

The April Property Report from realestate.co.nz shows the average asking price for Kiwi properties rose from $835,844 in March to $839,035 in April.

No, but Interest is reporting a decline based on the same data.

What's going on with discrepancy? How odd...

None of the figures seem to match up. The March report on realestate.co.nz shows an average asking price of $834,768, the Newshub article gives it as $835,844, and interest.co.nz has it at $863,396. So not even realestate.co.nz's own figures agree with each other between the March and April reports.

Not sure where Interest are getting their figures from.

Seems like an important fact that should be included in such an article - more so Newshub in this instance...

Normally April is a slower month for housing and after hyped housing policy announced should have hoped to control the ever growing ponzi but average house price still going up speaks volume for itself.

Now what Mr Robertson and Mr Orr as this was not the data that you both were expecting. Surely you both will still find reason and excuse to not act and go for wait and watch approach as have no intent to put a brake on speculative demand.

Even now, if they act is not 'least regret' but will be 'better late than never' policy.

FOMO has to be controlled and for that have to target speculative demand to bring some equilibrium in the market otherwise all efforts are a farce to create smoke with no real intent.

In the scheme of things the 2.1% decline only gives back the March increases - so we are still only back at Feb prices. There are some very wide discrepancies in house falls- a couple of months ago everybody was talking about the central north island been the next "hotspot" and those prices have fallen fast. Central Otago could be in for a world of pain - especially as its obvious that borders arent opening anytime soon and whilst Aussies will come and ski - I'm not sure its going to be enough people to help ALL the businesses in Queenstown survive.

As for listings - looking at Auckland stock with sales of just under 3000 a month and currently 8900 listings - thats 3 months stock available. Wellington is low on stock still - especially Wellington City and Porirua, but Upper and lower hutt have their highest number of listings since Sept last year and in these regions new developments arent selling out like they were before Xmas so it does indicate lower demand. Lower hutt which doesnt usually list prices (preferring to advertise with tender and then price by negotiation) had 17% of houses listed with a price as of Friday. Following the lockdown last year when a downturn was predicted only 10% of houses in the hutt had a listed price.

Nothing new in it, as has always been and will always be BUT the Bigger question is, what is government along with RBNZ going to do suppress demand - as cannot target deamnd from FHB moving into home, should they be not targeting speculative demand.

Reduce immigration until we have sufficient accommodation. Hammer the councils until they start consenting sufficient land and reduce costs. Start cutting into red-tape.

They won't do any of these things. The arrangement is by design.

That is the elephant in the room. Current build is greater than natural population growth. If the immigration floodgates are not reopened, the excess demand for housing over supply of housing will gradually come into balance. But past form of both Labour and National indicates the floodgates will reopen as soon as Covid is under control.

Absolutely! Lets cover more productive land in sprawl. You can never have enough plastic houses on 500 metres connected with concrete and asphalt after all.

We had sufficient shelter 20 years ago. Then a bunch of elected officials in Wellington decided that mass immigration would solve our problems. What it did was create a series of problems we previously did not have.

And required more bureaucrats to fix. Job accomplished. Ensure yourself a job by making a mess then get paid to clean it up.

Just a minor "blip" ladies and gentlemen ......normal transmission will resume shortly, as Auntie Cindy and her side kick Grantee have it all under "control" ......just rest your wee heads, you multiple owing property folk out there....us renters and one property owner plebs will keep slaving our guts out to keep your "retirement scheme" going, so your spoilt brat, "self entitled" offspring will reap the rewards of your hard work and your benevolence for providing a damp, cold, mouldy, dump to some minimum waged young couple ....while essential repairs are put on the back burner....forever.

A decline in the average asking price is promising, but there's no substitute for actual sales data. The April REINZ HPI should be interesting.

Is this not possibly just realestate.co.nz's business in decline? If I were listing privately I certainly wouldn't bother with their site. Just looking this morning Trademe has 21,128 listings nationally vs 19,473 on realestate. If you are going to presume one website to be indictative of all NZ property listings then I'd be looking at Trademe.

You cannot list privately on realestate.co.nz - it is an agency-only website. So, yes, TradeMe is the largest site that lists both private and agency listings.

Thanks Greg, very interesting, it looks like the new anti-investor rules are indeed having an effect. Could you please tell us if there is generally a lowering of asking prices from March to April in previous years or not (except 2020) to give us some perspective? Thanks

Still no answers on why the mythical 'lack of supply' would enable people on moderate incomes to buy a house for over $1 Million dollars. It can only happen via the banks willingness to lend eye-popping amounts to people in order for them to take their place in the Ponzi. There may be a lack of supply of Ferarri's, but if I cannot come up with the money it is neither here no there: I can't buy one. Thus 'lack of supply' is not answering some fundamnetal questions about how sustainable and prudent it is to have NZ's often old and sub-par housing stock changing hands at these prices.

Central North Island is a bit of a bloodbath. But I think I read previously that Ruapehu doubled in a year?

What other districts are covered by "Central North Island"?

Neither of the March or now declined April average asking prices for CNI compute compared to neighbouring much nicer Taranaki.

I believe it's such places as Raetihi, Taihape and Waiouru, and as far north as Taumarunui. But looking on their website it appears to include Taupo as well, which of all the towns there would likely be the only one large enough to have a reasonably consistent sale price indicator.

On Realestate.co.nz the average asking price for March is $834'769 (not $863'396), I could not yet find the April data. If this March figure and also Interest's April figure of $845'056 are correct, then asking prices actually rose! Can you please clarify Greg

See my comment above stating the same thing... I assume that interest.co.nz and other news sources have access to preliminary figures before realestate.co.nz has checked/published them. If you look at the heading of this article it states: "Asking prices on Realestate.co.nz's portal". So their "portal" says different numbers to what realestate.co.nz actually publish in their reports? And different to what Newshub use? Shows that data can just be manipulated/interpreted to come up with different stories/conclusions as needed ...

Quote it Low Watch it Go, Quote it High Watch it Die.

The great adage of every real estate mantra that every participant should bear.

nevermind, in a couple of months the trend will be very clear, regardless of data sets or statistical methods ;)

Why does a subset of the population ie the property investor, bankers, RE agents etc who sponge off the taxpayer and the renter, have so much say ??? .....instead, if we put as much financial resources, time and expertise into R&D, growing new and niche industries/markets, bringing in people that can assist and develop these new industries/markets and ONLY those people, we would ALL be better off .....a small economy at the bottom of the world will NOT have the best long term economic outcomes, if this absolute "fixation" with residential property investing continues...... or is it just a case of "I'm all right Jack, so I'll pull up the ladder and the rest of you can just &$%^$# off"

After the frothy borrowing binge fueled price surge is any that surprised?

Expected and about time! Hopefully the beginning of more good news to come.