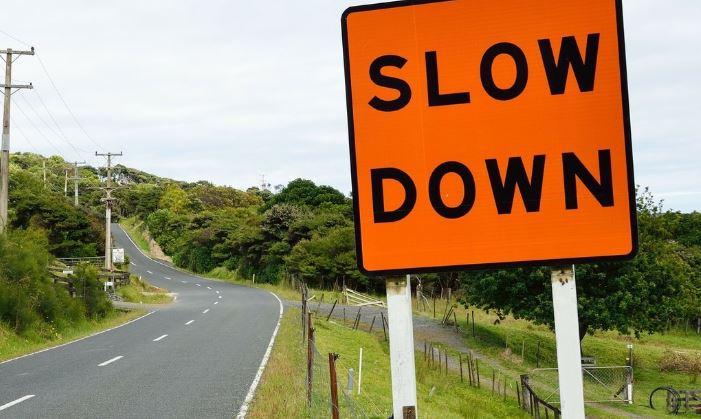 The latest survey of real estate agents by economist Tony Alexander and the Real Estate Institute of New Zealand points to a general cooling of the residential property market.

"Of particular significance may be the reduction in the gross proportion of real estate agents saying that they are seeing FOMO (fear of missing out) on the part of buyers," the REINZ's report on the results of the survey said.

Just 49% of agents responding to the May survey said they were still observing FOMO, down from 76% in April and 90% in March.

The May report had FOMO at its lowest levels since the survey began in May last year.

Additionally, a majority of agents reported seeing fewer investors and first home buyers in the market and the number of agents reporting that prices were rising in their area was at its lowest level since June last year.

Of the agents who took part in the survey, 57% said prices in their area were flat or they were unsure where they were headed, 36% said prices were still rising and 7% said they were falling.

"It was always expected that at some point the visceral drive to purchase something would end," the report said.

"The actions of the Government, [altering tax rules on residential property] along with the Reserve Bank's restoration of LVRs with a minimum deposit lift for investors from the old 30% to 40%, has, according to our survey, substantially cooled the animal spirits which have driven prices up 28% over a 10 month period.

"In coming months, we can expect some further decline in our FOMO reading, due partly to extra measures the Government has indicated will come in the May 20 Budget," it said.

The report also noted that while buyers remained concerned about a lack of choice in the market, those concerns were easing, while concerns about the possibility of prices falling were on the rise.

This is referred to as FOOP (Fear of over-paying).

"People have likely pulled back from the market for the moment amidst high levels of uncertainty about what other people will do, partly because they see a chance that the frenzy of previous months could have pushed prices to unsustainable levels on average in some locations," the report said.

"The survey found 37% of agents reported that FOOP had increased among buyers, up from 25% in April and 16% in March.

"When things settle down these FOOP concerns will dissipate, but for now, FOOP has increased in relevance," the report said.

"The best time to buy is when nobody is buying."

A mind of an astute investor is required to size opportunities like this.

I despise this cliched, self-interested nonsense.

He's just a t-roll, I doubt he'd believe anything he is saying.

In this business we'd been called all kinds of things. Calling us a troll is actually flattering.

More akin to an NPC.

Inevitably, the housing market will change pace sooner or later.

Prepare for a soft-landing.

Nobody needs bitcoins to live in, did you notice?

The best time will be when these grossly overpriced assets are repriced after GFC II, which the central banks are busy preparing for us.

An astute investor will look past the baloney about 'cooling'. This market needs to do a lot more than 'cool', it needs a fundamental re-set.

Interest rates and market forces will win the arm wrestle with the central bankers in due course.

Interest rates and market forces will win the arm wrestle with the central bankers in due course.

I think that they believe that open-market operations and QE are the be-all-and-end-all and have proven to be effective since the GFC. Nothing to fear. Just behave as we want you to.

Total arrogance. 'Cost push' inflation will hit them like a tsunami.

I think the commenter means 'seize'

A command of the language is fortunately not a requirement for purchasing unprofitable businesses.

Hopefully will happen for real this time. Many thought the same after the lock down but the market took off instead.
With interest rate this low, don’t think there will be many real bargains anytime soon.

Well his 'panel' (or should we say mailing list) is quite predictable. Not sure if it's what I would choose for independent insight though.

The umpteenth time they've told us it's 'cooling', all so another batch of lemmings can go all-in thinking a '$1.2 million' sheet box is a bargain.

I wonder how many rental properties Tony Alexander owns.
All self interest?

The panel is shared with REINZ. It's pretty clear whose interests are being communicated.

FOOP. A great new acronym.
As the tide turns FOOP will become an important factor in achieving that necessary fall in house prices.

From now til next announcement ( May End) by Mr Orr all lobbyist and RE industry will work to convince RBNZ and Government to not act on speculative demand - the very reason Mr Orr has been trying to delay the announcement as much as possible.

Speculative activity is what is keeping the ponzi alive.

Mr Orr and Government has no intent except public posture that are concerned otherwise action would have been taken by now as all data and information suggests that action should have been taken long time ago but think Mr Orr has taken it personally and has made it into some sort of prestige issue that will break but not bend.

Market is getting hurt after recent changes, but obviously the lobby doesn't want any further changes so I guess the trend is now pretend the world is about to collapse same as the RB just did today.

I think Shakespeare's witches in MacBeth said something along the lines of "When at dusk FOOP follows FOMO, await the sound of the hooves of FUBAR."
To which replied MacOrr, "Nay, for the courage of noble bankers to indebt I shall not curtail, forsooth!"
To which replied the Raven Alexander
"Dispell the youth of their burnt bread and avocado fetish that clouds their appetite for enslavement!"

FOOP, FOMO...there is still an F at the start. To persist with top down stimulus for so long is going to go down as one of the greatest screw ups of all time.

The fundamentals of property ownership and economics have not changed.

land is a scarce resource .

Buy as much land as you can or be relegated to the poor house.

At any price? Nah, no way. A lot of these lemmings have set themselves up for the poor house. #BigFatBubble

Is it? Don't think you've driven around NZ much. We have a low density population, the problem is bad planning which can be solved anytime.

OMG. Low in the context of what? Delhi? In the context of sustainability, environmental degradation, infrastructure, carrying capacity, you name it....we are well over populated.

Ever heard of terraforming? We have many wealthy people and nations making and extending their own land into the sea already, but I’m pretty sure some of the race to space right now is about who will own the land in the sky.

If interest rates revert to long term norm at some point, a lot of specuvestors will FOOP their pants.

That would only happen with commensurate pay rises.

That would require hyperinflation and the final destruction of the retired savings. Who all vote. What to choose...?

Haha, winter kicks in and everyone jumps on the its cooling train, my guess, ytd for April 22 is 8 to 12%

I want to thank the Market for my increased Wealth.
A little interest goes a long way over the length of time.
A little rise in value goes even further over the length of time.
Using your loaf as an asset bakes in profit for all Bakers.
Using exchange rates pays when so inclined.
Paying Peter to pay Paul, peters out when the buck stops here and not overseas on a debt ridden holiday. Period.
QueensTown becomes a Ghosttown when the Marketwatch changes its mind and goes away.
Forcing interest rates down, does not an E-conomey Make.
Printing funny munny to buy Gold, did not occur to miners in Arrowtown...in its Hey Day.
Crypto works when the Power Company Profits, when it stops, the lights go out and my Battery lasts only a Day...Maybe I should have bought more batteries.
Fixing a price on Houses is called a Ponzi, when it becomes a drop in a Bucket to those who think munny grows on trees, but no Pickers.
Lever-aging is better when Older. But "Banks" like you for the full term in the New School of thought. The more the Merrier.