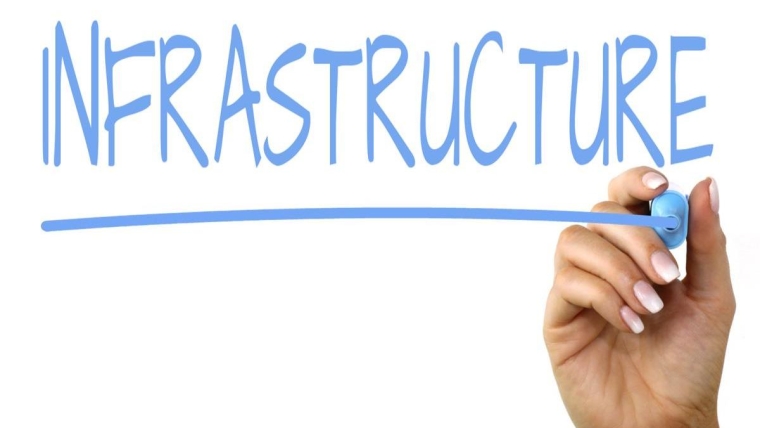 The Government's announced the first drawdown from its $3.8 billion Housing Acceleration Fund.

It says $136 million will be invested that will result in capacity for 2000 additional houses in Porirua - and will create up to 250 jobs.

The fund was announced earlier this year as part of the Government's major March housing policy package.

Housing Minister Megan Woods said on Wednesday the first drawdown from the fund was "a key milestone in the Government’s plan to address the housing crisis by increasing supply through large scale projects and speeding up the pace and scale of house building".

“This $136 million investment will be of major significance to the people of Eastern Porirua, delivering crucial upgrades to wastewater infrastructure and the building of a new drinking water reservoir needed to get new housing consented.

“Funding will also be used to address land remediation and development work around Cannons Creek which, together with the water infrastructure, will provide additional capacity for another 2,000 homes on private and Government-owned land.

“This is a win-win investment. We’re addressing decades of under-investment in water infrastructure by replacing crumbling old pipes and unleashing the potential to build thousands of new homes in the process.

“Fixing Eastern Porirua’s water infrastructure at Bothamley Park is another big bonus of this funding. It will reduce raw sewage discharge into local waterways, helping to address the long-term degradation of the harbour, Te Awarua o Porirua.

“This is vitally important for the resilience of the local water network and for Ngati Toa Rangatira because of the harbour’s cultural, historical, and spiritual significance.

“This regeneration project with Porirua City Council and Ngati Toa future proofs essential water services for the majority of the 19,000 existing residents in Eastern Porirua and prepares it for further investment to grow the community,”Woods said.

The infrastructure upgrade work is being carried out by the Te Aranga Alliance of construction and infrastructure experts Higgins, Goodmans, Beca, Harrison Grierson, Fletcher, Brian Perry Civil and Orogen.

“It is still early stages of developing the programme but the initial estimates indicate up to 250 jobs could be created to carry out this work over the next several years, in addition to opportunities for contractors at different stages of the project,” Woods said.

Great to hear. Exactly the sort of investment that councils and governments have been fobbing off for decades as too hard and not glamorous enough "errr future generations can sort it out"

Based on the promised 100,000 houses track record, I think it's reasonable to expect an eventual 20 houses in total for this project.

Yes I hope to live long enough to see them being built. (Perhaps by our new robot masters? As kennels for the humans who have continued to devolve back to non-sentient beings ((see Trump, US gun laws and any British politics or soccer supporter for evidence of this trend)))

- This estimate will be half the eventual cost (this is baked into the BBC process).
- PCC could not have got this needed investment any other way (well played folks, well played).
- Only state housing can be built in this neighbourhood unless they are built with a P-lab garage extension for those DIY gang members. Then they would sell like...P... as a cash sale of course...

Interested in ACT’s proposal of a 50/50 split in GST by way of financially encouraging councils to invest into development of infrastructure. Would go a step further all GST collected by central government on council rates ( which in itself is a tax on a tax) should be set aside and dedicated to funding basic services and development at a local level. It is after all rate payers money.

I agree. Currently, there are perverse incentives for councils to issue more building consents because local bodies are struggling to arrange the funds to expand basic services to those locations.

Local councils clearly haven't fiscally benefited from rapid population growth the way the central government has but are still left with a significant portion of the resultant infrastructure bill.

At last something. Good area to start with. Additional votes for Labour from this area come election time.
"We’re addressing decades of under-investment in water infrastructure by replacing crumbling old pipes and unleashing the potential to build thousands of new homes in the process."
This is decades old and should have been addressed by govt years ago to whip local councils into remembering their basics. It also comes down to who pays for the additional infrastructure, particularly new sub-divisions. I've no doubt the price of sections won't come down if the infrastructure to supply the new sub-division is funded by both the govt and council. A quick calc gives $68k/section. Section price in this area? 100m2 house at around $300k. Could fall into the affordable range.
How many other councils are in this position and being rescued by the govt. with a boost for infrastructure.

Thanks for filling in the missing bit.

What is the merit in creating 250 more jobs when it is impossible to fill the vacancies in Wellington.

250 more builders from where?

Anyway, well done to the Porirua City Council, they would not have got the funds any other way.

These upgrades will be delivered late for twice this estimate. There might eventually in some time far, far, far off time into the future be a few state houses assembled in this neighbourhood.

Yes well done PCC. It's a very important and rare bit of water, Porirua Harbour and Pauatahanui Inlet. Not much in the way of sheltered inlet/wetland topography on the lower North Island West coast.

But adding to infrastructure, at this point on the Limits-to-Growth timeline, is bordering on insane.

Not surprised there will be some kind of ecological impact, don't worry, it will be done in kindness....

They're clearly racing to get ahead of this one.