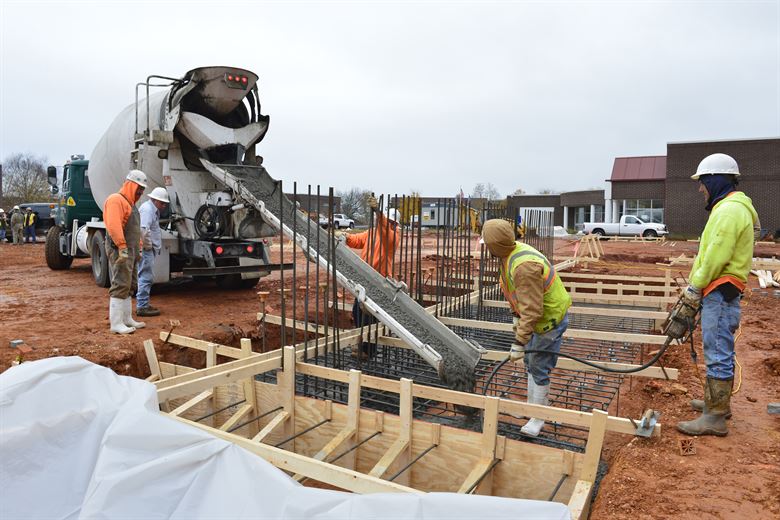 There was a record number of new homes consented in August, in spite of the country being in level 4 lockdown for half of the month.

Statistics New Zealand says 4490 new dwellings were consented in August, an all time high for any month of the year.

That was up a whopping 42% compared to August last year.

Those figures bode well for construction activity and the supply of new homes for the next two years at least.

The strong growth in dwelling consents was led by activity in Auckland and Canterbury.

In the Auckland region, 2162 new dwelling consents were issued in August, accounting for 48% of the national total.

Auckland consents were up 55.4% in August compared to August last year, and in the year to August 19,929 consents were issued in the region, up 34% on the previous 12 months.

Stand alone houses remain the most popular type of new dwelling with consents issued for 25,289 across the entire country in the 12 months to August, up 16% on the previous 12 months.

But is 13 generations of iPhones also good?

Anything to help get prices down to normality is definitely a good thing. Mortgage Interest rates heading back up (rapidly) is the big one. I’m expecting a price down turn by Christmas. And that, will make a very, very happy Christmas for the majority of hard working Kiwi’s.

Rising mortgage interest rates will not make "a very, very happy Christmas" for the majority of hard working Kiwi’s.

It will - in fact - produce the opposite outcome for most kiwi households.

Well, if the Banks have stress tested current mortgage holders, they haven't got anything to worry about (apart from maybe having had paid too much for their property) In any case, I think most will have part or all of their loan locked in for 4-5yrs.

Good. I’ve never had a Christmas, happy to have others do the same.

The dwellings were consented probably because of lockdown. I.e with construction not occurring you can catch up on your backlog.

Its the builders and suppliers with the backlog now

Those figures bode well for construction activity and the supply of new homes for the next two years at least.

Not necessarily, Greg. There's a lot of quite irrational exuberance in the development sector right now, as in Real Estate.

Yes, historically, a large proportion of building consents translate to CCC's, but I don't think it will quite play out that way, this time, for several demand-side reasons, including:

- Other than potentially one bedroom units (limited demand), developers in Auckland are now usually finding it  impossible to deliver apartments and townhouses below the Homestart cap of 700K for FHBs. And current cost pressures are only going to push necessary sales prices higher. Homestart approvals have been a big part of FHB demand over the past 3-4 years.

- Increasing mortgage rates. I am nowhere near as bullish as others, but I still think retail rates are likely to increase by at least 1% over the coming year. This will dampen both FHB and investor demand for new builds.

Correct. An aspiring PM once told an incumbent she 'couldn't live in a consent'. I wonder what ever happened to that nice young woman.

I imagine these numbers are continuing to fall away:

Some of these 'developers' who have been paying 1.5mil+ over CV for multi-unit approved sites in say South 09 could be in for a very rough ride in the next few years

At this rate Auckland will soon address its housing undersupply. Perhaps it already has  - the 2018 Census showed Auckland’s population growth has been much lower than expected, due to people moving to regions with cheaper housing. Also, some people may decide to leave Auckland to escape COVID lockdowns. And there is virtually no net migration into New Zealand, which has been a key driver of house price increases. Personally, I think housing prices in Auckland will stall and possibly even fall over the next few years.

Those are other reasons to support my argument above that the number of these dwellings actually built will be much lower than the consent numbers.

If it doesn’t make financial sense to build, investors will sell. Land banking doesn’t make sense in a stalling/falling market, particularly since the recent changes to tax rules.

If private sector house building falters, the government could contract builders to build more state housing, which are desperately needed.This  would also mitigate the boom-bust nature of the building industry.

Your assumption that a lack of supply is responsible for the insane prices might be incorrect. As long as cheap money is flooding into the market, prices will stay high.

What would actually matter:

Aren't there already lots of empty apartments partly due to a lack of overseas students?  I don't think NZ had a physical shortage of houses. They are just not being utilised. Eg many have been converted into bnbs, vacant, people just sitting on them for the land. Many don't want to upgrade them to meet healthy homes standards and/or deal with renters, when the potential capital gain makes multiple more money

Government has just come to the rescue 165000 plus family etc. Who knows how many this figure really represents probably double at least many new buyers and renters as they catch up on immigration in one swoop and keep the housing prices growing.

What are you talking about? Have the government said they are going to ramp up immigration?

yes indeed. .govt will give away residency to basically any work visa holder who lived in NZ for 3 years.

appoximately 165,000 new residents will be looking to buy sooner or later.

those people are already here, and already living in a dwelling, for those who can now buy, may increase demand but overall minimal change

This is consents issued right? Not CCC's issued? And by consent you mean building consent right? (Not resource consent).  Bit of clarity in the article would be good.

Anything in consent now will not be able to achieve completion without at least a 25% increase on time and cost. Where does that put your developer or investors who paid for off the plans with all the FOMO.

Council and consultants will up their % and still take their cut at the front end, however if you're the subby kiss goodbye retentions or worse.

Yep escalation in costs will tip some of these over for sure.

Have already heard homeowners being denied loans that they had been promised earlier due to building cost increases.

Yeah I have heard of couple of those too. Tip of the iceberg.

I suspect things might get a bit ugly over the coming year.

Yes. Things can quickly change. Booms often end in busts. China could be a good example of this. Often caused me FOMO and Greed. Many of these new housing developments are going to end up as white 🐘 s.

You know it, Dale knows it, I know it - perhaps many others don't...

Perhaps another reason why after being raised s bit, the OCR might drop back down in the not too distant future...

Continued strong consents. Those that can afford a house will have options. Perhaps some will choose to stay in NZ after all.

Unfortunately hearing that a good chunk of nurses are planning an exodus to Aussie as soon as lockdown is done. If we can’t back fill from the likes of the Philippines (currently covid central) the health system is going to lose capability in some areas on top of the already some severe staffing issues. Which in turn further pressures an already underfunded, underpaid and declining remaining workforce.

But hay...as long as speculand can make their debt servicing payments its all good...

Being a lagged indicator, the number of consents only represents yesterday's order.

It will be interesting how things play out after the premium is added to new CCCs and the market starts trading them for a higher return.

The upward pressure will be intense.

With increased costs, lots of supply, and lowering demand, your 'premium' is nothing but fantasy.

Increased costs yes, supply is capped at the rate it is now, demand is as high as ever...

You don't think demand will come down because of:

Up to you! I know where I stand.

Does anyone know a way of shorting the NZ residential development sector?

Yes. Ask some of the interest.co commenters who are short of a house

If house prices keep increasing as per your second point then its worth paying more in interest.

FHB under the homestart price are a small % of the market

We still have boat loads of people in temporary accommodation. The deficit for housing is still approx 50,000. At the rate we are building given zero net migration we have 4 years before that's filled.

Maybe you need to change your username to chicken little?

You are entitled to you opinion, as am I.

My second point was that sales prices need to increase to cover rapidly increasing costs and allow for profit margins. I WASNT saying the market can tolerate those prices - in fact I say it can't, and that's why I think it's facing big problems.

Good on you for resorting to name calling, is that the best you can do?

Maybe you have a vested interest in the residential property development sector? If so, good luck - you'll need it (I've been there and done that, and seen a few cycles over my life).

To add to the ‘demand’ on building supplies, please don’t forget the new no building consent required 30sqm ‘sleepouts’, ‘workshops’, etc. Since Aug 2020. They are pumping up here in Northland with no measure or stats on the drain on aluminium joinery, timber, roofing. I personally know of 8 in the last month. Not measured on any stats those fellas.
My point: way more demand than the stats will tell us.

Interesting comment - I’d forgotten about that rule change and your comment is also indicating that there’s way more supply being delivered than Building Consent or Certificate  of Completion stats are showing.