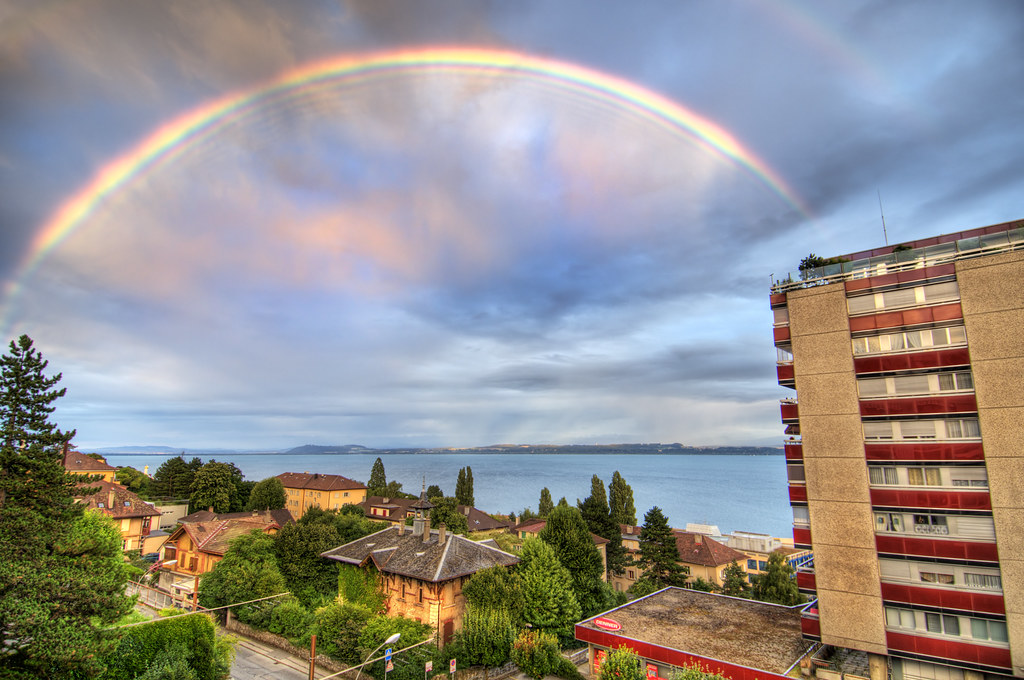 The residential real estate industry appears to have weathered the lockdown storm better than expected, with estimated industry commissions in the third quarter down less than 10% compared to the same period of last year.

That's down 9.8% compared to the same three months of last year.

That's a relatively modest decline in sales revenue considering New Zealand was in some form of Covid-19 restrictions for half of August and all of September.

What was even more surprising was that Auckland, where lockdown restrictions have been harshest, appears to have fared better than most of the rest of the country.

In the rest of the country excluding Auckland, an estimated $282 million in residential commissions were earned in the third quarter, down 12.6% compared to the same period of last year.

Gisborne was the only region to go against the trend, with estimated commissions in the third quarter up 19.2% compared to the same time last year.

However sales and commission figures for Gisborne can be volatile from month to month, due to the small size of the market and the comparatively low number of sales in the region.

Interestingly, the two areas where estimated revenues were down the most and the least were next door neighbours at the top of the South Island.

Estimated third quarter commissions were down just 0.9% compared to a year earlier in Marlborough, while over the hill in Nelson they were down by 42.1% (see the table below for the full regional figures).

There were several reasons that the drop in estimated commissions during the third quarter was not as severe as might have been expected.

Firstly, July was a reasonably buoyant month for the time of year which got sales off to a good start for the quarter, with that continuing into the first half of August.

Outside of Auckland, the harsh restrictions of Level 4 only lasted for a couple of weeks, which meant sales started to rebound in most places in September.

Also, the industry was better prepared to cope with a lockdown this year, which allowed sales to continue to be made via remote methods.

Those factors minimized the effects of the lockdowns on sales. And although there was a reduction in sales, selling prices were higher than they were 12 months previously. This pushed commissions up, reducing the overall impact of lower sales on total commission revenue.

Depending on what happens with Covid-19 restrictions around the country, the figures suggest commission revenues could bounce back quite strongly over the summer months. 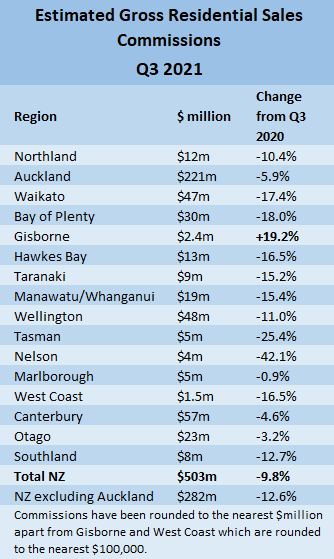 Yes that's the spirit. Everyone should be borrowing to the hilt to invest in housing. Property only goes up so be quick and get in now as you don't want to miss out. Just ignore the fact that interest rates are going up and therefore your repayments when you go to roll your mountain of mortgage debt, the slow down in capital gains as macro prudential measures take hold and threatens to reduce your equity, along with the fact supply is ticking up with closed borders. None of that matters, property prices only go up because, they just do. The past definitely repeats itself with no chance of a deviation. Buy asap, who needs two arms and legs anyway?

... we should have " house price meter " monitors on our living room walls  ... so , instead of going out to work , we can sit comfortably on the sofa and watch our wealth grow , as the meter ticks ever upwards .... the team of 5 million in self imposed lockdown , watching their monitors ...

Half a billion dollars worth of debt taken on by someone, somewhere down the chain.

If property prices were half that, it would 'only' have been a quarter of a billion dollars.

And where has all that nationally accrued debt gone? Recycled into more productive endeavours on-shore; pumped back into "The Market!" and leveraged for another asset in the portfolio, or into the produce and speculative adventures of economies outside our borders?

Judging by the latest model Aston parked on the street this morning; surveying the freshly painted 1950's do-up on a freshly subdivided block - the latter.

There we go New Zealanders. This is the machine in which the role of the FHB is cannon fodder. The agencies make the money and the FHBs carry the debt. The more debt you carry, the more money they make. The reserve bank is the general safely housed in his capital fortified bunker giving the command to go over the top.

real estate agents are hard working bunch deserving each and every cents of what they earn.

Sarcasm? Easy money. Half of them/you achieve a sale before it even gets listed, as you would know being an agent yourself. (insert eye roll here)

The above commission figures are mind-boggling.

And Auckland real estate agents are collecting 44 per cent of the national take! Are they really worth it? Is their service that good?

And consider all the advertising garbage in The Herald and stuffed in mailboxes. What a huge waste of resources!

I can't help but wonder why we as a nation are so obsessed with an over-inflated asset. Surely the salespeople are doing very well for themselves, pointing out what other irrational people have paid lately, so you must or you miss out. Good on you agents, keep milking, after all, you're doing your job

Having lived here for 18 years, i continue to be baffled by the sheer stupidity of Kiwis who pay the exorbitant commissions charged by all the big real estate agencies.

Perhaps someone can explain this to me. When I sold my home in Scotland in 2003, I paid the agent the standard commission of 1%. Yes, 1% and that was conditional on achieving a certain price.

When you look at the pittance nurses are paid we can see clearly where our priorities lie.

To much conflict of interest including mortgage brokers and banks.

Over the years they've managed to manipulate the market so they control it, taking advantage of ordinary laymen who pay all the unnecessary extra cost, just to facilitate a sale?

Time to stop the racketeering.

The real estate agency fees in New Zealand are actually very reasonable and I would say it's actually cheap.

Now consider the cost of selling.

For starters, the pump prices for 91 octane as the time of writing in Australia and New Zealand are AUD 1.86 and NZD 2.40 respectively per litre.

Using a 20 litres of fuel needed to get a house sold as an illustration, it costs AUD 37.20 in Australia and NZD 48.00 in New Zealand.

The cost of fuel alone due to selling is 29% higher than if the same was done in Australia- and that is only fuel alone.

Therefore, any argument that claims real estate agent fees are too high in this country is moot. If anything, agencies should be raising them to come to parity with the real cost internationally.

I simply cannot believe that so many people are using them when properties are selling themselves generally. You give them a key, they talk shit and of course sometimes lie to people, it sells itself, they give you back the key and they charge you more than a surgeon would charge you who is trying to save your life. We are nuts.

What if they own a flash Tesla? Once again your comments are way off the mark CB. Hoped you swapped some oil stock got BTC recently....but doubt you own much at all.

More NZers need to start selling their own homes. Agents should be the domain of the Uber wealthy who don't have time to attend 3-4 open homes and answer a few phone calls / emails.

I've sold 2 of my own properties so far. The hardest part far and away was the cleaning for the open homes, and an agent wouldn't have done that for me anyway.

Both sold well above market value, and I enjoyed interacting with buyers and telling them more about the house than an agent would ever be able to.

The second one was a more unique property and I needed a quick unconditional sale as I was about to go on maternity leave so I spent $1500 on an auctioneer and sold it via private auction on site. So many options available to a private seller.