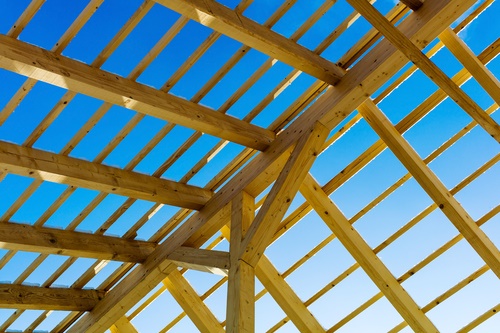 But it is a long way from the all-time record which is 13.4 new dwellings per 1000 residents which happened almost fifty years ago in the year ended December 1973.

Currently, Auckland and Canterbury regions showed the highest number of new homes consented per 1,000 residents with 11.9 in Auckland and 11.6 in Canterbury, followed by Waikato with 10.0.

While the consenting rate is far from all-time records, the actual number of new dwellings consented to be built reached 4688 in November, which is an all-time record for any month. The previous highest was 4490 in August 2021.

The key driver is the rise and rise of consents for townhouses.

Auckland's consent levels reached a new record high too in November, bringing the annual level to more than +20,000 new homes for the first time ever. For Canterbury, the level is more than 11,500 for the year. For Waikato, they now exceed 5000 for the year, also a record.

Just a reminder, an obvious one, that consents don't equal houses built.

In recent times a large proportion of dwellings consented have been built, but that's going to change in the coming year, with demand falling off a cliff and construction costs soaring.

Sure, but more consents is a better indicator of more construction than less.

Look what happened to Avocado prices when supply increased...

Asparagus may be more apt for the NZ environment.

Excess gets mowed so that prices can remain constant.

Avocados get rotten ... Houses gain character (or in some cases leak)

All those genius property investors have realized that they are in fact experts at everything to do with property so have decided they might as well use their expertise to make more money and just build a few houses. It's just a bit of wood after all.

Quite a few mum and dad amateur developers rushing in trying to get some of the action.

Not going to end well.

These are the final throes of bubble mania.

consents are considerably higher than the last building boom in NZ in 2004 - when consents peaked at 8.3 per 1000. That boom was followed by a recession and a period of negative immigration.

Consents fell off a cliff in 06/07, a result of increasing interest rates and the collapse of development financing.

Given this obvious historic precedent and obvious issues, the lack of economic commentary on an impending drop away is poor, potentially negligent.

Tony Alexander is the only professional economist I can recall commenting on this.

With a few years worth of work in the pipeline for most builders, why would there be an impending drop off anytime soon? Perhaps that'll be when supply catches up with demand, which kiwibank estimates will be around 2024-25 subject to immigration settings.

Where's the demand for new housing coming from? There was a lot of demand even 2 years ago, when developers could build and sell 2 bedroom townhouses for 600-650k in lower value Auckland locations.

Now, those same townhouses need to be sold for 800-850k, because of the rapid escalation in.land and construction costs.

That's a big difference in price for FHBs (and investors).

Then you factor in both rising interest rates and greater scrutiny of lending.

As I have said before, because of the existing pipeline we won't actually see the rapid slowing of building till late this year or early next year.

There are plenty of renting folk who would be happy to buy their first home. All that's needed is for prices to come down to meet that demand.

The problem is developers won't be willing to do that....they need to make a profit

Or at the very least recover their costs. Many have paid eye watering prices per sqm for land  while material costs continue to go up multiple times during the life of the project.

Hard to see how you can make a profit on a 800m2 section you buy in South Auckland for $1.5 mil. Even if you manage to build 5 houses on it averaging 400k each (seems unlikely these days) you need to sell them for 700k each after agents fees just to break even.

An avalanche of immigration starting later this year will keep the mania going, even if we need to pack 3 families into a 90sqm rental.

That's pure speculation. I'll equally speculate that there is an avalanche of people going to leave NZ this year and net migration will be strongly in the negative. Many young people have lost hope of a future here.

Depending on the suburb, number of bedrooms and spec, most townhouses in South Auckland are more than $700k. Around $850k for 3bed.

3 beddies are more like 900k in South Auckland now

I guess if they make 200k x 5 that is a mil in profit. But it won’t take much of a price fall or cost increase to wipe that out.

House Mouse - Will they have any choice in the matter? If prices drop, and they need to sell, they will have to take the market price like buyers have had to.

Remember most development is off the plan these days, if buyers have agreed to a price of X when they execute the Sales and Purchase agreement, then they are obliged to pay that. So in a way more risk lies with buyers than developers, at least in terms of potential house price falls. Although plenty of risk for developers too, with soaring construction costs.

But I'm more interested in what happens beyond the development currently underway.

Ie. how much New development will commence after say April this year. My prediction is - much less than has been the case over the past few years.

So once much of the the current pipeline is complete by later this year, a big fall-away in house construction hitting late 2022 / early 2023.

If I am right, we should start to see building consent issuance starting to fall away by winter. There will be some naive, amateur developers who will be late to realise what's happening though. But most should realise there's little point in pursuing building consent approvals if demand is tanking.

But I could be wrong, residential construction might keep going gang busters over the next couple of years, defying these things and history (where there has always been boom and bust in the sector). I guess time will tell, and I am sure people will let me know if I am wrong :)

My neighbour's house is sitting unfinished (he's trying to live in it with an outdoor shower and tent).

The builder is just too busy to come around, and supply woes have been ongoing for at least 6 months. Construction company failures will be a matter of cashflow, not demand.

Ie. how much New development will commence after say April this year. My prediction is - much less than has been the case over the past few years.

Some of the more experienced developers have already started slowing down, and they are happy to bank their land and consented plans for future.

Actually why it'd be beneficial to upscale Housing NZ's building capacity, including in the training of tradies. Like the Ministry of Works of old. Need to smooth the supply of both houses and skilled people during the hard times.

They don't really need to make a profit on houses, just get them built.

Like almost anything, there's too many factors to make a prediction.

At the start of the pandemic, the government greenlit a lot of extra public works, a decent chunk of these haven't even broken ground yet

There's an exodus of boomers from the cities putting demand on regional housing that won't end anytime soon.

Properties vacated by boomers are being developed into higher density

There's no foreign workers coming in to meet demand.

With health care going the way it is, there are going to be very few healthcare resources anywhere.

Regional hospitals are doing a lot of expansion for this very reason.

But will they be able to attract staff to retirement cities where the only nightlife is the local RSA?

A lot of people seem to be turning off cities, and there's cheaper living costs.

And doctors and nurses usually seem too tired to nightlife.

Problem is the city retirees have already bid up the house prices (followed by the rent prices) so the move for younger folk makes less sense than it did.

I'm just thinking Ireland. Ghost developments after a recession. Is the housing shortage genuine or is it just that investors want more rentals?

The housing shortage was an easy excuse trying to justify insane prices. just as the genius classic Facebook comment "IT iS jUsT SuPlY aND DEmAnd DUUH"

Will be interesting to see the construction sector gets hammered through over-commitment resulting in another push for existing dwellings.

People don't live in consents. And there appears to be a lot of such 'consents' in my town!

The CCFA has other plans

Exactly - how can most owner occupiers build without an approved mortgage?

Off topic: but NZ is not alone when it comes to rising rents. Tenants pay a landlord to live in a house. Landlords get paid by the house AND the tenants.

Released today, Domain’s December 2021 Rental Report shows (Brisbane) house rents rose on average by $20, or 4.3 per cent, over the quarter to $480, and by 12.9 per cent over the year to cement what is now the longest period of continuous house rent growth in the city’s history.

The second-best performing city was Canberra, where house rents rose by 12.5 per cent over the year to $675 per week.

So many variables, the number of consents doesn't matter, something else comes along to push prices even higher. The USA just had a record rate of inflation for December, not seen for decades. Like I said something else just comes along like rapidly rising inflation and the fact you cannot buy a sheet of Gib or half the wood you need at present so your stuffed one way or another. Just when you think there is a logical reason for house prices decreases, the total opposite happens.

On the construction material side this will only affect the builders but wont increase prices. construction cost are only marginal on current asking prices. Let alone the already oversuply of properties