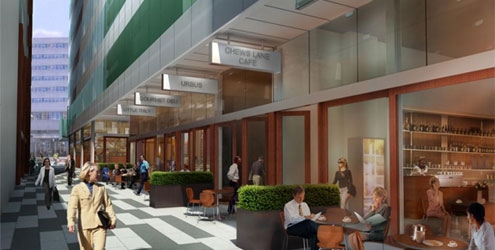 Willis Bond Capital Partners, which raised NZ$128 million from institutions and wealthy individuals including Sam Morgan earlier this year to invest in property development, will reveal its first investment this week.

Mark McGuinness, Willis Bond Capital Partners managing director, told interest.co.nz the investment would be in a Wellington inner city mixed use - office, residential and retail - development, which once fully developed, would have a value of about NZ$100 million.

"We'll be announcing our first investment is unconditional next week," McGuinness said last Friday. "And we're looking very closely at a number of other opportunities that are likely to be closed in the first half of next year."

Since then Willis Bond & Co has focused on mixed-use - residential, office and retail - developments within New Zealand. Recent projects include Wellington's Chews Lane Precinct redevelopment, the NZX Centre and Shed 22 on Wellington's waterfront.

Last July Willis Bond Capital Partners announced it had raised NZ$128 million to invest in commercial real estate. Three institutions including the New Zealand Superannuation Fund and the Government Superannuation Fund stumped up NZ$80 million, and high net worth individuals such as Trade Me founder Morgan, coughed up the balance. McGuinness said Willis Bond & Co had no plans to raise money from the general public.

"We are a development company, we've got a strong balance sheet and we're simply interested in large scale redevelopment opportunities, particularly in Auckland and Wellington," said McGuinness.

The firm was looking at "a number" of opportunities in Auckland, which he declined to name.

"We haven't bought anything for the last six years and we will invest in, I imagine, six or eight development opportunities over the next 15 months," McGuinness said.

"Investment is about fundamentals and it's about timing and we just see this as a good time to invest."

Given the dire state of the property development sector, there wasn't much competition for investment projects around at the moment.

"There aren't a lot of people with the cash resources to deploy that we have at the moment, a couple but not many."

McGuinness said although Willis Bond & Co was getting "good lending offers" from banks, this was probably the exception rather than the rule.

"It's fair to say it (property development) is not at the top of their lending list, which only exacerbates an already challenged market for exits and so on."

ANZ chief executive David Hisco told interest.co.nz last week that his bank was prepared to lend money to "reasonable" property development projects. Hisco said these would be developments where pre-sales were arranged, there was equity and the managers had experience.

His comments come after Equitable Mortgages was placed in receivership late last month with the company's CEO, Peter Thomas, predicting the property sector could remain in the doldrums for up to another five years. The demise of Equitable means all 10 property development and commercial finance companies with total assets of at least NZ$50 million covered in KPMG's annual Financial Institutions Performance Survey last year have now fallen over.

Both the Reserve Bank and Securities Commission recently warned mum and dad investors' to be cautious about private groups looking to raise money to invest in the beleaguered property development sector.

Meanwhile, McGuinness said he believed the property development sector was in a worse state in 1991-1992 than it is now.

"The reason why was there was so much over supply of stock. There is less over supply (now) so as we recover economically, all things being equal, it's more probable that we will move back to an equilibrium of supply and demand and rents and everything else sooner rather than later," said McGuinness.

I heard that the NZ Super Fund tipped in over $100m to this Willis Bond investment product... $80m sounds like...  bet Sam Morgan only put in a mill or so... all of the other money would have come from the Wellington based instos...  Acc, AMP, Harbour Asset Management, Axa etc...

Interesting comment Horace. The Super Fund doesn't seem to have disclosed the size of its investment but I'll see if they'll tell me. I was told the third insto was a "well known name" so probably one of those you list.

It sounds like the Super Fund contribution was about NZ$30 million.