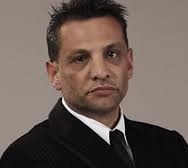 The NZ$41.4 million stems from money owed to two failed finance companies whose deposits carried a Crown guarantee; NZ$27 million owed to South Canterbury Finance and NZ$14.4 million owed to Equitable Mortgages. Serepisos got a reprieve today as a personal bankruptcy bid was put on hold for a month, see more at the NZ Herald here.

South Canterbury Finance was tipped into receivership last August triggering a NZ$1.6 billion payout to investors under the Crown retail deposit guaranteed scheme. And Equitable Mortgages was placed in receivership last November whilst carrying the extended Crown retail deposit guarantee. Treasury says it has since paid about NZ$140 million to around 2,950 eligible Equitable Mortgages depositors, representing about 78% of depositors and amounts owing.

Equitable Mortgages' receivers, Grant Graham and Brendon Gibson of KordaMentha, say the company had NZ$188.4 million worth of loans outstanding when it was placed in receivership on November 26 and owed about 6,000 secured debentureholders NZ$192.3 million. Graham and Gibson have said they don't yet know how much of Equitable Mortgages' loan book they'll recoup.

South Canterbury Finance's receivers, Kerryn Downey and William Black of McGrathNicol, say they collected NZ$238.7 million worth of loan repayments, and received NZ$59 million in inter company loan repayments, in the six months from their appointment to February 28 this year. The taxpayer is likely to lose about NZ$1.2 billion through the Crown retail deposit guarantee scheme, Finance Minister Bill English has said, with the vast bulk stemming from the demise of South Canterbury Finance.

too big to fail -  IRD will leave him alone

The IRD might, the people will not. Every dog has its day. He looks on that photo as if he's already been dealt to.

A problem artificially ceated by bankers for the benefit of bankers and elites in The Club!!

Its obvious  this logic is flawed...

Reminds me of a story I heard the other day. A certain developer owes a bank $30mill. Instead of bankruptcy the bank has employed the developer to recover the $30 mill back at a salary of $140k. Maybe a job for Terry at the IRD?...hahaha

Terry even looks like he's had a tough time judging by the photograph of him.