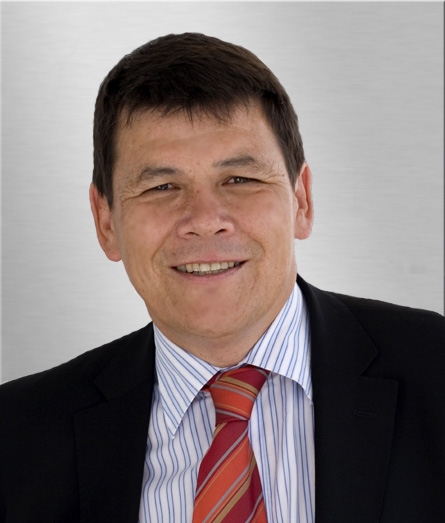 Former St Laurence managing director Kevin Podmore has declared himself bankrupt after a proposal he put to the property lender's trustee Perpetual Trust, in relation to a NZ$20 million personal guarantee to investors, was deemed unacceptable by Perpetual.

"He himself has made himself bankrupt and that happened yesterday," Lancaster said. "We'll be putting the three corporate guarantors into liquidation."

Podmore's guarantee was made to St Laurence secured debenture holders when they approved his moratorium proposal in 2008. Under the guarantee Podmore pledged to cough up NZ$20 million if St Laurence was placed in receivership or liquidation and 15 months later there was a shortfall in repaying debenture holders. St Laurence was placed in receivership in April 2010, there's a significant shortfall and the 15 months has run out.

"It doesn't appear there's much in the way of assets in any of the entities including (Podmore) himself," Lancaster said. "But at least we're in a position with the Official Assignee and the liquidators to be able to test that as much as possible."

The three companies party to the guarantee are Auguste Albany Limited, Auguste Finance Limited and Neuhaus Stonefields Limited. The only other director of them, aside from Podmore, is Aeneas Edward O'Sullivan.

Receivers Barry Jordan and David Vance's most recent estimate is for a total return to secured debenture holders near the low end of a 15 cents to 22 cents in the dollar range.  Under the receivership they've got back 12c in the dollar through two repayments so far. Prior to the receivership, they separately got back 10c in the dollar during the company's moratorium on repayments meaning, in total, secured debenture holders won't get back more than a third of their money.

In their latest receiver's report Jordan and Vance say Podmore made a small settlement offer towards his guarantee, but this was rejected. They say they aim to make a third repayment to secured debenture holders  in either March or April next year with a final distribution following towards the end of 2012 or in early 2013.

According to PricewaterhouseCoopers’ independent appraisal of the St Laurence moratorium plans, the guarantors' shareholder funds didn't meet the NZ$20 million threshold at the time of their 2008 report. In April last year Podmore, who received NZ$450,000 annual pay from St Laurence, told interest.co.nz the shareholder funds were only worth about NZ$4 million and his personal assets were "minimal" because all his wealth had been tied up in St Laurence.

(Update adds link to latest receiver's report & comments from it.)

In April last year Podmore, who received NZ$450,000 annual pay from St Laurence, told interest.co.nz the shareholder funds were only worth about NZ$4 million and his personal assets were "minimal" because all his wealth had been tied up in St Laurence.

When will we be rid of debt bums?

The cost of subsidising their debt driven extravaganzas is wearing on those who manage their affairs without constant imposition of punitive damage upon others.

Ivan writes - "Hope there's nothing hiding away in a trust account somewhere ?"

You can bet the farm that Podmore has stashed millions away in various entities that the authorities will never find or be able to get hold of.  That's how it works in NZ.

He spoke with a forked tongue and had the same hair stylist as ROD BLAGOJEVICH ex governor of illonois.

So this character's personel quarantee was based on what? From what I read his main assets were shares in the very outfit that the quarantee was suposed to protect. Bizarre!

I've got a slightly different opinion on this.

The man may have assets tucked away.

But unlike most of all the other finance company executives, he is facing a consequence of losing his investors' money.

Which makes him better than the others.

Don't be fooled by this guy, he's been playing for time over a couple of years and creaming his annual salary of $450,000

Bear with me, but wasn't St Lawrence a commercial property syndicator, and as such came under the Securities Commision? I'm lost here, what about the intrinsic value of the commercial properties? What was the auditor and Trustee doing? Financing (shonky) property is one thing, purchasing commercial properties with rental streams is another - it aint rocket science, unless they put out misleading Offer Statements and were cooking the books!

can someone explain to me,"what is the purpose of a trustee"?

auditors were once described as "people who go in after the war is lost and bayonet the wounded".

it seems to me that perpetual and many of the other trustees fall squarely into this definition also.

i would like to see some in-depth inquiry into the roles of the specific trustees for the numerous failed finance companies.

who owns the trustees?any conflicts there?who are they responsible and answerable to?how did each of them perform?

any brave investigative journalists willing to give this a crack?