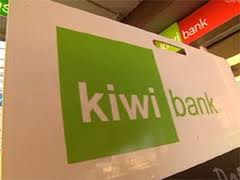 Kiwibank has bought out the 24% of mortgage broker New Zealand Home Loans, the source of about 30% of Kiwibank’s mortgage business, that it didn't already own for an undisclosed sum.

The buyout sees Kiwibank buy a 15% stake from co-founder and former CEO John Erkkila, 5% from Richardson, and a 4% stake held by an Alison Harris, Robert Fletcher and Philip Harris, according to Companies Office records.

"It was important for us to remain in 100% New Zealand ownership and keep millions of dollars of mortgage funding in the New Zealand economy, so we’re delighted with this move," said Richardson.

He also said full ownership by Kiwibank, a subsidiary of state owned enterprise New Zealand Post, "further augments the security and stability" of New Zealand Home Loan’s financial position, providing a "solid base for its goals to double its turnover by 2017.”

New Zealand Home Loans, which was established in 1996 by founders Erkkila and Murray Ferguson, will continue operating under its existing management from its Hamilton headquarters. The firm has a national network of 59 franchises and 190 consultants and accounts for 30% of Kiwibank’s mortgage business. Richardson said this year the company will write about NZ$950 million and expects to reach NZ$1 billion in its next financial year.