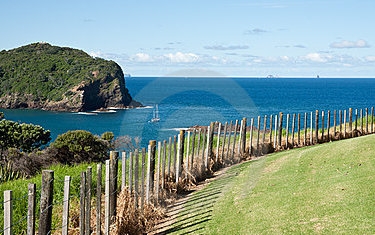 Great view for rent, but can you write the costs off against your other income?

Government changes to how mixed-use assets like baches are taxed are likely to hit owners of high-value properties by making it harder for them to offset some losses against other income due to a new ring-fencing provision.

Budget 2012 included changes to how owners of assets which were used both privately and rented out for income would be able to treat costs and offset losses against other income. The government is hoping to save NZ$109 million from the changes over four years by not allowing so many losses to be written off against other taxable income, as part of its NZ$1.4 billion revenue boost in this year's Budget.

The changes are expected to take effect from the 2013/14 tax year.

Last month Dunne said bach owners likely to be affected were those who used a bach to earn income and also used it privately; the bach cost or was valued over NZ$50,000; and was unused for more than 62 days in an income year.

Costs would be divided into three categories:

·        Costs incurred purely for income earning purposes – such as advertising costs. These costs will be deductible in full.

·        Costs that are purely private will remain non-deductible.

·        Costs which are associated with both the income-earning and private use of the asset – such as general repairs and maintenance. A proportion of these costs will be deductible.

The proportion of costs which would be deductible would be calculated as: Time used to earn income/Total time used.

KPMG’s Sarelius and Elwela said that was a change from the status quo where the private proportion of costs would be taken from the whole the year – 30 out of 365 days – with the remaining proportion – 335 out of 365 days - allowed to be treated as income-earning.

That meant the proportion of costs able to be deducted as income-earning costs would be 335/365, or 92% of costs. Following the changes, as the bach was only rented for 30 days of the total 60 it was used, only 50% of costs could be deductible as it was only rented out for half the time it was in use (not 92% as the status quo indicates).

Meanwhile, Dunne said where a loss arose after applying the above formula, and gross annual income was less than 2% of the cost of the asset or its rateable vaule, that loss could not be offset against other income. These losses could still be carried forward, but only to offset future income from that specific asset.

That meant when losses arose from renting a bach, but gross income was less than 2% of its cost or value, those losses would be ring-fenced from being able to be offset against the bach owner’s other income.

Other changes included allowing bach owners to treat their asset as outside the tax system (no tax on income and no deductions) if their gross income from the asset was less than NZ$1,000; or if the asset generated a loss.

“The proposed rules do not apply to motor vehicles or buildings also used as residences (such as home offices),” he said.

“The proposed rules apply to assets held by a range of entities – so individuals, partnerships, trusts and close, closely held and look-through companies will all be subject to the proposed rules.”

KPMG's Sarelius and Elwela said the ring-fencing provision, where an owner could only offset losses against other income if gross annual income from a mixed-use asset was over 2% of its value, was likely to hit high value property owners the most.

“When you look at what properties are rented out for versus the rateable value of them, to get that 2% might be around 30-40 nights that a property has to be let out, which seems like a reasonable threshold [before an owner was allowed to offset losses against other income]," they told interest.co.nz

“But if you look at something like a waterfront property with a million dollar view which has a very high land value, the income that is generated out of that sort of property tends to be tied to the type of building that is on it," they said.

For example, while the land might be worth a lot, if there was only a small bach on that land, the rent charged could not be as high as if a large lodge was on the land.

“So you might have something with a very high rateable value, but a relatively low nightly income rate, which would then push up the number of days that you need to rent it out [to get annual gross income above 2% of the value]," they said.

“Now 90 days is quite high, especially if the property is seasonal – if it’s a ski lodge or a summer place, 90 days is a lot of renting out," they said.

“If you have, say, a high interest cost, because you have bought land worth a million dollars, then that interest cost will be ring-fenced and you can only offset it against future earnings from that property [if annual gross income was not above 2% of the property’s value].”

Why stop at baches? How about including boats/ yachts and aircraft? Not to mention the petrol heads writing off their moto racing pursuits as business promotion.  And onit goes.....

@rastus...  Hey, Leave the boats and Yachts alone, its bad neough them wanting to tax the Bach , but forget the yachts.

Quite right Boatman...and if boats etc are included, what about the religion scam...the breakfast food rort...

They will all get caught in the net eventually, but you know that eh :-)

Good point Wolly.  Do religious groups use the services and infrastructure of our country?  If so, then on what basis are they are excluded from contributing to them?

As I understand it, Sanitarium pay no tax...but send capital to the USA...somebody else has to pay the tax instead....this is sound govt taxation policy that has evolved over the decades thanks to fatheads in govt.

So why shouldn't all public companies become religious enterprises and shareholders change to faithful members...no tax to pay...the extra wealth could be handed out to the faithful as 'charity chips'...

where would you draw the line though Wolly? - if the local bowls club has a cake stall, it will make a profit, do we tax this? After all they are simply allocating it to something that they get to enjoy at a cheaper rate. And what of not for profit hospices? World vision, green peace etc. At the end of the day the members of religions / sports clubs / thirld world feeders etc are not mostly in it for the personal monetary gain despite the general cynicism that exists today.

Draw the line at a maximum revenue level. Your argument falls down when you realise there is no upper limit...none....it's open season on religious tax rorting.

Now I'm not one for allowing pollies a free hand on taxation policy because the idiots rush to abuse the power to buy power....but to allow a religion to manufacture and market product on a no tax to pay basis...that's got to be wrong.

Or shall we see the Church of Scientology gathering a dominant market position in the media game...or maybe the Catholic Church grabbing the biggest slice of the funeral trade!

The tax on profit acts as a break on business expansion when competition also pulls down price...companies either improve productivity or fail..they take into account the tax grab...they judge future expansion on that tax grab...but what of an entity in the market that is "not for profit"...complete BS I say...they face no tax grab barrier and can expand and grow mart share at will...to the greater loss on the community if the profits are used to either develop the monopoly position or be sent overseas to further expand the religion.

if you draw the line at a maximum level then people would just set up smaller charities? It would mean world vision would be taxed becasue they are big, whereas Raumati pet rescue would escape. I would not equate size with greed, if anything often the bigger the better given most charities (including religious ones, actually especially the religious ones) do much good work.

That said, you rasie an interesting point regarding the "nature" of fundraising eg sanitarium feels like a business entity competing as a corporation with all the advertising etc. Its just how do you disttinguish between that and a sausage sizzle which arguably competes with McDonalds? we either tax all revenue or continue to make the distinction (or have a body that approves which charities are exempt ... ).

I assume because they are a non-profit and registered as a charity....

I think the Charity is called "Working the Sytem"

Those who visit my blog will know I'm no lover of new taxes, but agree with Mist, here. What's all the drama over?  Who seriously ever bought a high value holiday home for a tax write off? I don't know of anyone, and think on the law as it existed before this, such a write off wasn't possible anyway. Per Mist's post, I've always taken 'how many months a year is a property available to rent', to mean all expenses apportioned by actual nights rented, and assumed any other approach would be an easy performance rating for an auditor under the general anti-avoidance provision. And, frankly, buying into tax trouble over such an issue would be a nonsense. I suspect we would be typical of many who own a holiday home: initially we let friends and family rent it for only a pc sum to cover a bit of power while they were in it, but, soon finding too often that friends and family don't treat your property like you do - which was an education - and got so sick of broken stuff, and fixing stuff, stuff that we really valued and had memories attached, we've stopped letting anyone else use it other than when we're there. The only reason we have a holiday home is our sanity: it gets us away from the office, and gives us quality of life in one of the best wine regions of New Zealand.

(Rant: the house is by the sea in a lovely area of bush, and we even had two groups of friends, without asking, take their bloody cats. One of those cats went missing there, and is now, I assume feral, killing all the birds I love so much, including the wekas which would come right up to the door. Who'd a thought people take cats on holiday! Jeez. And then there were my parents who cleaned all the new Teflon pots and pans with stellos.)

Reading the posts it would appear Wolly has found religion

Cast iron pans are where it's at.  When some idjit takes to them with steel wool and detergent, you can just beat them senseless with it, then cook some bacon to restore the finish.