National stock of unsold houses drops to a 5-year low with Auckland at a new low of 15.5 weeks of inventory versus long-term average of 31 weeks

National stock of unsold houses drops to a 5-year low with Auckland at a new low of 15.5 weeks of inventory versus long-term average of 31 weeks 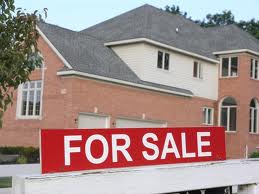 New residential property listings rose just 1.5% year-on-year in November, Realestate.co.nz says, and actually fell 1.8% on a seasonally adjusted basis with national stock of unsold houses at a five year low and Auckland at just half its long-term average.

Realestate.co.nz says its New Zealand Property Report for November shows inventory levels across the country remain low with the housing market still a sellers market across 15 of New Zealand’s 19 regions.

"This is why the inventory supply of the property on the market (as measured by rate of sale) has fallen 29% in the past year," says Realestate.co.nz.

New listings coming onto the market in November totaled 13,571, up from 12,688 in October. However, the November 1.5% increase compared with 7% growth in October.

Meanwhile, Realestate.co.nz notes Auckland inventory is now down to just half its long-term average.

The 28.7 weeks of sales is a five year low despite the national level of unsold houses on the market at the end of November of 45,228 being up from October's 43,410.

According to ASB economist Jane Turner, one encouraging development was a 3.7% seasonally-adjusted increase in new Auckland listings.

"While the lift is small and will do little to alleviate the degree of tightness in the market, the increase does indicate the trend in Auckland new listings is lifting - albeit gradually," Turner said.

"The strong housing market and lift in house prices may encourage further increases in listings – particularly from any property investors looking to sell while the market is strong. However, the low level of new housing construction is one factor contributing to the lack of new supply," added Turner.

She said ASB's economists still expect the Reserve Bank to keep the Official Cash Rate unchanged at 2.5% until September next year.

The numbers continue to demonstrate that the decline in supply is now starting to make itself evident through demand.
Over the past 2 years over 9000 Tradies have left NZ for Australia, so no matter how you dress that up they are not here in NZ.
Building Materials, Labour and the Regulatory costs involved with building continue to rise faster than wages.
its simple if you cant afford a house today, its going to be dearer tomorrow.
With the reduction in available Residential Construction Finance from the now defunct Finance Company Sector, Housing is going to get even tighter. (unless you are doing home detention in your multi million dollar home).
Why is it Govt use examples frequently about other countries but yet we have no incentives for developers to build Affordable Housing or a first home owners grant, derived from the GST generated by building?

Whilst I agree that we need more affordable housing, what really needs to change is first home buyers expectations.  There are lots of apartments, terraced houses and flats out there for under 350K but they don't sell because first home buyers want a 1/4 acre with a Mc-Mansion.

Is there any chance of having data for occupied and non-occupied house? I can see a number of inhabited houses in North Shore.

The best (and probably only) source of such data would be the electricity power retailers with connected meters that have not registered any power consumption for the past two months. That type of summary data would not be available unless someone of celebrity status such as Bernard Hickey requested it.

Strange. In my back yard a big-ish house on a subdivision looking like a tarted up stack of containers has been sold to an Asian buyer a number of months ago and it does not appear there is any intention of finding an occupier. And haven't seen lights on the whole year before it was sold either.
Also a fair number of houses for sale here that have been on the market for more than a year. Granted prices are ridiculous so no wonder they can't shift them. Must be in another part of Auckland where they are selling like hotcakes. Not Parnell. But as somebody on macrobusiness.com.au commented recently about Oz house-buyers: "There's always another idiot". So true.
Non-residents (such as myself I should add) should not be allowed to land-bank or buy houses. Such a no-brainer. I rent and the owner of my house is domiciled in London. Might be a Pom, but that does not even matter. The profit disappears abroad whatever his nationality. Not taxed here.

I don't own property and am not a taxation expert either but I assume here that the taxation is based on domicile. Seems to me this would fall under world-income abroad but maybe that is different here for rental income on property? Or does it really just freely flow abroad. Seems unlikely in a way.