Home loan approvals exceed 8,000 in a week for first time in more than 3 and a half years, RBNZ figures show

Home loan approvals exceed 8,000 in a week for first time in more than 3 and a half years, RBNZ figures show 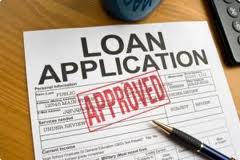 The volume of weekly mortgage approvals exceeded 8,000 in the week before Christmas for the first time in more than three and a half years, Reserve Bank data shows.

Mortgage approval figures for the past four weeks were released yesterday afternoon by the central bank. They show approvals in the week ended December 21 hit 8,299, which was up 23.5% year-on-year based on a comparison of the most recent 13 weeks of data versus the same 13 weeks in 2011. Their combined value was NZ$1.347 billion, up 34.9%. The last time the volume of weekly approvals topped 8,000 was in the week ended April 3, 2009 when a whopping 10,843 home loans were approved.

And figures for the most recent week, ending January 11, 2013, show 4,971 approvals valued at NZ$738 million, giving annual increases by volume of 21% and 31.5% by value. The past three weeks, covering Christmas and the peek summer holiday season, have snapped a record breaking run of 36 consecutive weeks where the value of mortgage approvals topped NZ$1 billion.

Despite the strong run of mortgage approvals through most of 2012, against a backdrop of historically low interest rates, the overall housing loan market is growing relatively slowly suggesting a lot of refinancing activity and customers switching between banks.

The Reserve Bank defines a mortgage approval as a firm commitment to provide credit for the purchase of housing, which has been accepted by the borrower.

It says a commitment exists once the home loan application is approved, and a loan contract or letter of offer has been issued to the borrower. Seven banks respond to the Reserve Bank's survey, between them representing 99% of registered bank lending for housing, and about 94% of total housing lending.

Would be intersting to know the average size of new mortgages in 2012.  Broken down by 1st home buyers, houshold income brackets, refinancing to different banks, etc.
This Blog asks:  What's your biggest mortgage?  Or how big is your current mortgage?  http://www.stuff.co.nz/life-style/blogs/we-re-building-a-house/8109144/W...
Judging by the comments/feedback it's not uncommon for a $400K mortgage for a $150k couple/houshold  -  therefore houses quite affordable?
What about everyone posting their mortgage outstanding on their letterbox  -  just for transparency & interest?

Have been following that blog with interest..... the Bridges forked out $300K for the section alone.... reality on the actual build cost appears to be setting in... they`re staring down the barrel of $1,000,000.
To quote Jon: `...there`s that f*cking number again...`
At least he`s maintaining his rather good sense of humour...

Yeah - quite an interesting read & insight
"While the topic of debt comes up in the media often - mostly suggesting people reduce theirs - it's not something we normally talk about openly, and it's interesting chatting to my friends and getting an idea of how much they would consider to be serviceable." -   -
While debt freedom is a worthy long-term goal  -  sometimes you just have to shut your eyes & go ahead      -  build that house, or make that trip, or ....

The credit taps are on - LVRs relaxed - people are lapping it up.
Human nature does not change, people have short memories.
GFC will soon be a distant memory and boats will be on the menu again.

"psychological phenomenon is the “irrational” response of people living in a bubble economy"
http://www.marketoracle.co.uk/Article38519.html

Maybe pople just getting on with their lives despite 4 years of Doom & Gloom.  Even the Rolling Stones can make money from their Doom & Gloom single.
Hey, we're all going to die one day - is that an excuse not to invest, buy a house, take on debt, build a career, etc?   All that debt-free equity & savings & avoidance of debt? Well, you cant actually take to the next zone.
Every new mortgage for a couple/family to buy/build a house means more stimulus for the economy - they have to fill the house & garden with stuff as well....
Optimistic people always have exuberance. If we all waited to pay cash for our home we'd be waiting until we're 84 years old!    Better to have a bubble than a depressing cave full of guns, canned food & negativity.

"Every new mortgage..blah blah blah".....straight out of the textbook you are MB...same rot was filling the media in Ireland..the UK..Greece..USA..Spain..oh don't mention Spain...sorry...
Get with the real world MB...or go have a heart to heart with any of the families booted from their homes in any of the above places...and many others besides.....because they could no longer finance the mortgage.
But you are a believer are you not MB....credit can save the world.. right MB...doh

I have a picture of MB as a middle-order bank worker, maybe 40, family and mortgage.

So not only a need to tout, but a personal need to believe too.

Same problem with the folk involved on our local rag. A newspaper needs the system to keep going, because it needs the revenue from the pages and pages of real estate etc, which (when you follow the trail) just means the houses were more expensive.

All these wee folk with the need to believe.........   and the wheels within wheels work the oracle, as that rag once described goldfield-boosting..

So going by your logic, if we need to wait until our '80s to afford a house, paying cash, if you, Chris J, Olly Newlant et.al. are to be believed, within a couple of years that "cash purchase age" will be 160+, and a few years after that 200+.

Only a fool could not see the complete and utter madness in such a prediction, given that with a mortgage you still have to actually pay it back sometime....

Olly Newland gets it right on his blog:

"Why the fuss? November and December are traditionally the busiest month for mortgage applications as people try to get into a home by Xmas. I would bet that February will be just about as busy ( January is a half month because of the holidays).
Nor do we know from the figures whether they include new mortgages for fresh home purchases or just refinancing of existing loans. Nor do we know how many mortgages are being repaid. When we  see all that data then we may get a truer picture. Unfortunately investigative journalism is a thing of the past. Grabbing the daily headline is all that counts.
The Auckland market is a little frothy but compared to what? Who knows what a “fair and reasonable  price” should be? Are prices still low? Still to high? By what standard to you compare? Some say prices should be 3-4 times annual salary or the like. But we have interest rates at the lowest level in a lifetime. Doesn’t that throw that idea out the window?
I think the ground rules have changed, maybe for ever, so looking back may not be the way to look forward".

Mortgage Belt....where are you hiding.....explain the following
"Europe’s housing slump is engulfing large parts of the eurozone core as recession deepens, with prices to keep sliding for another two years, Standard & Poor’s has warned."
http://www.telegraph.co.uk/finance/financialcrisis/9809723/SandP-sees-deeper-house-price-falls-in-eurozone-as-slump-engulfs-core.html

Europes housing woes came from a down turn in the economy which flowed through to the property market- not the other way round.
So long as our economy keeps growing grass and exporting it to a hungry world we will avoid the same fate.

Oh no, Spain's house prices are depressed! Who wants to live in Spain apart from a few mad poms in search of cheap holiday villas.
NZ is different  - NZ is immune from the worlds woes  ( I've heard it from 9 bank economists - growth is trending up).   NZ is far away from war, famine, islamic militism, etc .  NZ refuses to participate in bubble bursting.
There's plenty of money (banks are giving it away at 4.8%), decades of oil left, plenty of human ingenuity, plenty of land, loads of trees for felling into housing frames, plenty of jobs [esp for carpenters as recruiters forced to Aus] - why, just this week many women in NZ gave birth so confirming their faith in a wonderful future for generations in NZ.
With all the Doom & Gloom, houses are still in demand -  prices still stable & climbing in every city in NZ within commuting distance of jobs. They ain't giving homes away just yet.
To think that following Wolly etc advice may have cost a would-be homeowner tens of 1000s of dollars over the last 4 years by not buying in 2009. All that rent $$$ down the drain while interst rates so low.