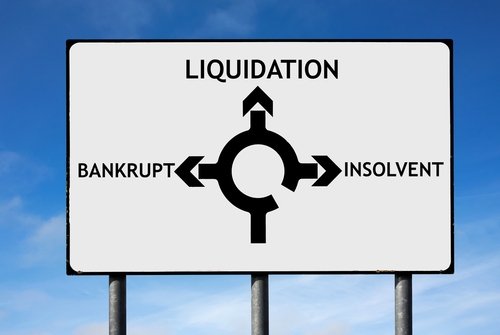 Liquidators of the collapsed Mainzeal companies say secured creditor BNZ will probably get all of its $11.3 million owed back.

Employee "preferential creditors" are likely to be paid out also, to a total amount of $5.6 million.

However, the position is far less certain for unsecured creditors, who now have debts totaling $106.3 million after the spectacular collapse of Mainzeal on Waitangi Day this year. See here for previous articles on Mainzeal.

Liquidators BDO have various actions in the pipeline aimed at recovering money for unsecured creditors, many of whom were sub-contractors to the Mainzeal companies.

In their latest statutory report, signed by BDO's Andrew Bethell, the liquidators said that Mainzeal's receivers PWC - appointed by the BNZ after a request from Mainzeal director Richard Yan - were due to report again on the progress made on about October 12.

But the liquidators said their understanding was that the BNZ would be fully repaid following the settlement of the property at 200 Victoria Street West in Auckland, which used to be Mainzeal's headquarters.

"Subsequent to settlement [of the property] the receivers will address payment of preferential creditors and the fulfilment of their statutory duties, whilst working with the liquidators to facilitate a staged handover of the residual assets, surplus funds and any remaining workstreams, which is anticipated to be substantially completed prior to December 2013," Bethell said.

But while the news is positive for BNZ as secured creditor, Bethell said the amount of any distribution to unsecured creditors would depend on the liquidators being able to achieve "significant recovery" from some companies linked and related to Mainzeal "as well as other causes of action available to the liquidators".

"If the liquidators are not successful the quantum of a dividend (if any) is not likely to be substantial."

Back in June the liquidators were successful in obtaining "pooling orders" through the High Court allowing all 13 Mainzeal companies in liquidation to be treated as a single company.  But Yan is challenging this, with a court hearing on the matter due late next month.

Additionally the liquidators have instigated action to recover $23 million from related parties of Mainzeal, with hearings due early next month.

Also, the liquidators had previously entered into "settlement negotiations" with a China-registered company, Richina China Pacific Investments over a debt of $27 million to Mainzeal.

Bethell said, however that these settlement discussions had now "ceased".

"Any further comments on further action against [the Chinese company] may prejudice the liquidators' position Bethell said.

The liquidators are proposing the following to complete the liquidation:

Bethell said the liquidators would take further action should more information regarding the various Mainzeal companies come to their attention. However, he said such further actions would be "subject to the availability of funding and an assessment of the benefits of pursuing recoveries".

Liquidators of the collapsed Mainzeal companies say secured creditor BNZ will probably get all of its $11.3 million owed back.

However, the position is far less certain for unsecured creditors, who now have debts totaling $106.3 million after the spectacular collapse of Mainzeal on Waitangi Day this year. See here for previous articles on Mainzeal.

It is becoming a necessity for all creditors to demand to be secured or have their funds collateralised by other liquid assets - the declared unsecured contractor creditors in this debacle are putting unsecured bank depositors at severe risk - the latter need to take their money out of the bank and put it in short term government debt immediately,  until banks make better provision for it's safety.