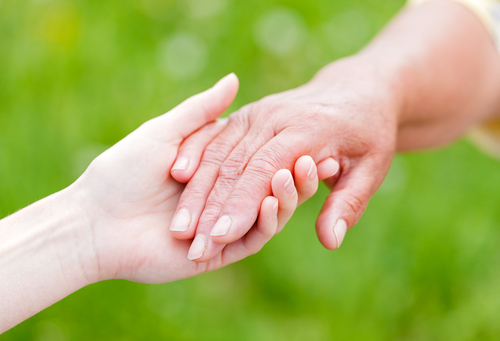 The Government's promising taxpayer gifts of up to $20,000 for people buying up to 400 vacant state houses in provincial New Zealand over the next three years.

At $20,000 a time that would suggest a possible taxpayer payout of up to $8 million during that period.

The new policy was announced by Housing Minister Nick Smith and comes on top of a $64 million housing package over four years that took effect on October 1, the same day as the new Reserve Bank high loan-to-value lending limits.

The Labour Party called the new policy a "desperate distraction" from the LVR limits, while the Greens said it was a "welcome first step" but "poorly thought out".

The new initiative is called FirstHome.

FirstHome eligibility criteria is that applicants’ must be first home buyers, have an income equal to, or less than, the national household average (one person $53,000, two or more persons $80,600) and be committed to owning and living in the house for a minimum of three years. Housing New Zealand will make a grant of 10 per cent of the property’s market value, up to a maximum of $20,000. Buyers may also be eligible for other home ownership assistance such as the KiwiSaver first-home deposit subsidy and savings withdrawal, and a Welcome Home Loan.

"FirstHome will improve housing outcomes at both ends of the affordability spectrum," Smith said.

"It will help modest income families in provincial New Zealand buy their first home. It will also free up capital from these surplus vacant properties to invest in new state houses in high demand areas like Auckland and Christchurch."

Smith said that Housing New Zealand had advised that with the high holding costs of these properties with council rates, vandalism and upkeep, "the cost of the FirstHome grants will largely be offset".

"The revenue from the sales will be used to help fund the $2.9 billion record investment in Housing New Zealand’s state housing stock to ensure homes are in the right place, are of the right size and are of good quality." .

Smith said the first 41 of these homes would  be ready for sale on October 7 and "consist of properties from Otorohanga to Invercargill".

"They have an average market valuation of $120,000. 100 properties will be available in the first year, with about 400 available for sale over the next three years."

The properties available for FirstHome are those that are vacant and "unlikely to be required for eligible state house tenants because of their size and location".

Smith said the new initiative was a "small part" of the Government’s broader programme of measures to help families get into their first home.

"Action is being taken on freeing up land supply, reforming the Resource Management Act, reigning in council development charges, scrutinising building material costs, reducing compliance costs, and improving productivity in the construction sector. The Government has also made changes that will double the number of people eligible for a KiwiSaver first-home deposit subsidy and treble the number of people receiving a Welcome Home Loan, effective from today.

"My first home was an ex-state house. They are solid, well-built and many are well suited for renovation and home improvement. I welcome being able to help hundreds of other New Zealanders get onto the first rung of the property ladder."

Labour's housing spokesperson Phil Twyford said National was "selling off one hundred dilapidated state houses a year in places like Otorohanga and Invercargill where there is no housing crisis".

"Announcing this policy today is a desperate attempt by Housing Minister Nick Smith to distract attention from the controversy raging over thousands of Kiwi first home buyers locked out of the market by mortgage lending limits."

Twford reiterated that a Labour government would curb skyrocketing house prices by "clamping down on speculators through a capital gains tax and building 100,000 affordable first homes through [Labour's housing policy] KiwiBuild".

"But it's selling houses that the government can't spare and using an expensive, poorly-targeted subsidy," she said.

Turei said the Greens examined deposit subsidies when developing the "Home for Life" package "but found that they are very expensive and help a relatively small number of people into homeownership".

Why would there be vacant state houses in what is without exaggeration a collectively poor country?.

You do wonder whether an unintended consequence will be encouraging people to buy and live in towns with limited employment prospects; and so entrenching welfare. We not only gift the buyers the money for the deposit, but then probably pay for the houses in any case by extra welfare. If the plan is some sort of retirement village plan for the provinces, then maybe. If these people are already in the towns then they are living somewhere already, and so we are just shifting the problem. Moving people to Otorohanga otherwise doesn't make a lot of sense, on the bold assumption that there are not a lot of jobs there.

Electoral bribes are without consequence for the proponents - the rewards are gauged ideologically and the costs imposed upon the rest of us are dismissed entirely. Citizens are constantly held in contempt by our present rulers. We need to address this abuse of power sooner than later.

Next idea - re-introduce "Art Union Raffles" and raffle them off - what a good idea
http://www.nzhistory.net.nz/timeline/12/12

Nick the Nanny from Nelson.......and the Nats have lost the plot.

New Zealand needs a new breed of Politicians as the whole damn lot are stupid.
If I were to give $10k to one of my children for a deposit on a house I had better make it fair and also have the ability to give my other kids $10k.
Your children Nick Smith are your voters and the ones who miss out might just take some sort of legal action against the Government. Double exposing the tax payers is not competence at work it is pure stupidity.

National party along with all other political parties are out of their depth.

I fail to see what sort of legal action is possible........
"out of their depth" indeed and swimming deeper....but my context isnt yours.
regards

Steven  think I have posted more than enough information on the effects of subsidies which cause distortions in free market pricing so don't consider that I should have to post more on this topic.

Personally I think there are several avenues which could lead to legal action. Firstly the grants are only going to be available to certain income threshholds and locations. Will these grants distort prices? In Australia the first home buyers grants were immediately factored into the house asking price. Why would it be any different in NZ?
Those that don't receive a grant could be seen as being treated differently than those who receive. Councils who have not opened up their boundaries ensuring prices go up have meddled in the normal pricing. Is it those administering the appropriate legislation at fault or is it the Governments or a mixture of both?
NZ's constitutional framework has not had much testing in Court and if enough people beome affected by high prices then I see those affected people's only avenue as going through the court system to get any type of redress of this issue. There are many factors that are well known to affect home prices and as yet these have not been addressed.
Is the role of responsible Governments and bureaucrats to always ensure that they keep to their end of the bargain in regards to the Constitutional framework at all times. If they interfere then there needs to be ramifications for them.
The distortions in house prices has to be addressed and Politicians and Bureaucrats need to be held accountable and should be transparent at all times. The fact is transarency was so bad under the Clark Government that the current crop had to get special reports to identify exactly where the problems were.